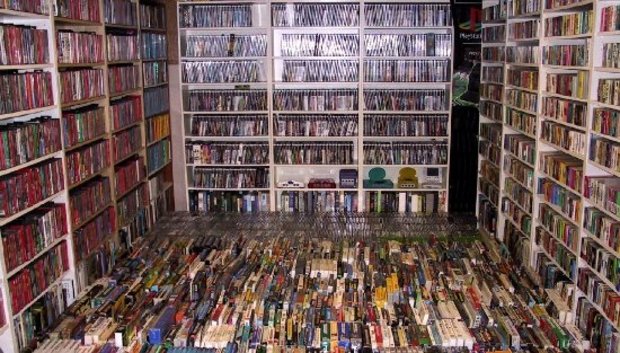 It’s not as crazy as it sounds. The 4chan user is scraping database sites like MobyGames and UVList to achieve his quest of collecting every game ever made into his list, and he doesn’t care for any data points other than the title. He then selflessly shares the ever growing creation with the world via Pastebin, where he goes by the handle Data_baser.

While slightly eccentric, it certainly beats out your usual 4channer hobbies like building fuckable pony plushies and jizzing into jars for years on end to study the evolution of toxic brown sludge.

Data_baser’s most recent video game title list was uploaded on April 6 and attempting to load it may hang your browser for a while, because it clocks in at a whopping 49,665 games.

Are you able to find any missing titles?