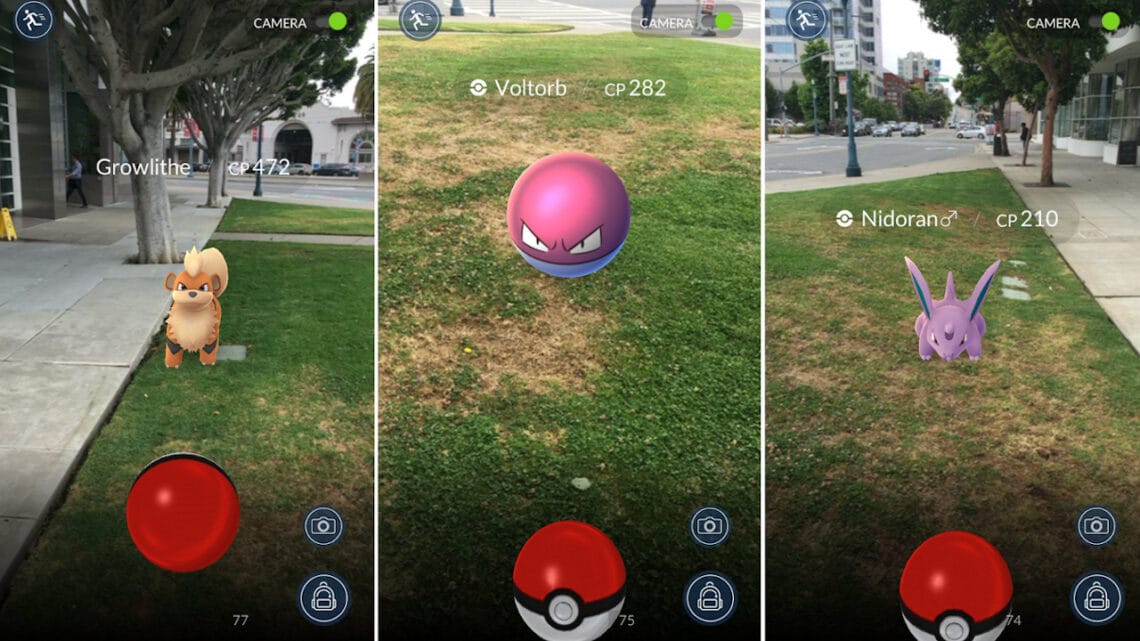 Pokemon GO is a game enjoyed by millions, an exercise motivator more effective than Michelle Obama’s Let’s Move! campaign, and a way to alleviate depression.

But all that doesn’t matter as the game is HIGHLY problematic and therefore must be banned and burned in large pyres at your nearest town square.

The moral panic surrounding the game is entirely justified, and we at Heat Street are calling for the imprisonment of all these Pokemon heathens.

Here are five reasons why:

Anita Sarkeesian’s one-time boyfriend, and everyone’s cultural sage, Jonathan McIntosh took to Twitter to shed some light on the evils of Pokemon GO. A game about collecting and fighting cute little monsters is actually just an allegory for dog fighting — and Niantic, the game’s creator, are just a bunch of shameless Michael Vick apologists.

I get the appeal of collecting and evolving #Pokemon but the whole training your pets to fight thing is pretty unsettling to be honest.

I've spent the past two days collecting and evolving cute creatures in #PokémonGo but the goal is to fight with them? That's disturbing.

And here come the flood of dudes questioning my manhood for saying that. Popular media that glorifies fighting feeds this toxic mentality.

Good on you, McIntosh! How can we know that once these crazy millennials catch all 150 Pokemon, they won’t start collecting all the dog breeds… and fighting them!

Because we all know that anyone who plays a video game wants to directly replicate their experience in the real world. That’s why I’ve been trying to roll all the objects of the world into a giant ball to rebuild the stars since first playing Katamari Damacy in 2004.

The head of Egypt’s top Islamic institution condemned the game as “harmful mania.”

“This game makes people look like drunkards in the streets and on the roads while their eyes are glued to the mobile screens leading them to the location of the imaginary Pokemon in the hope of catching it,” he said.

So unless you’re a no-good Islamophobe, join me in calling to ban this sacrilegious monstrosity.

3. Pokemon GO is a death sentence for black men

I don’t know where or when, but according to Kotaku, a black man can die playing the game. The author lays out the macabre scenario, that’s totally, definitely going to happen.

How could you, Pokemon! It’s dangerous out there for minorities and you had the gall to tell them to go outside. Privilege desperately needs to be checked here.

4. Pokemon GO will be the downfall of the capitalist world order

Timothy Lee at Vox opened my eyes to the ugly commie implications of people playing a game outside for free.

If all these Pokemon GO players are spending their time and energy simply walking, how will they consume? Who will buy all the useless niche kitchen items, if the gaping hole in their souls are filled with Pokemon instead?

“The Pokémon GO economy means falling interest rates and slow growth,” Lee writes. His prescription is to tax the rich in order to pay for the rest of the country’s Pokemon addiction.

I say ban it instead.

5. Strangers may talk to you while you play

There is nothing worse than having a few minutes of conversation with someone you don’t know over a shared experience. Gross, right? I barely tolerate filthy randos looking at me, let alone talking in my direction.

Robyn Vintner of iNews agrees in her column, “Pokémon Go is not an invitation to talk to me on the street.”

“In fact, I’d go as far as saying the risk of actually coming across other players is the No 1 thing putting me off playing the game,” she writes. “What happened to the good old days, when gamers stayed firmly indoors with no need to venture outside and nerds feared social interaction?”

She is absolutely right. We need to ban this public menace, and cart all these Pokedorks back inside, quietly playing games where they can in no way interact with Robyn Vintner.

Pokemon GO is the biggest threat to humanity since Pokemon cards of the late nineties. If we don’t want the next generation to become Islamophobic dog-fighters who talk to strangers, we need to immediately ban the game and jail the people responsible for its creation.