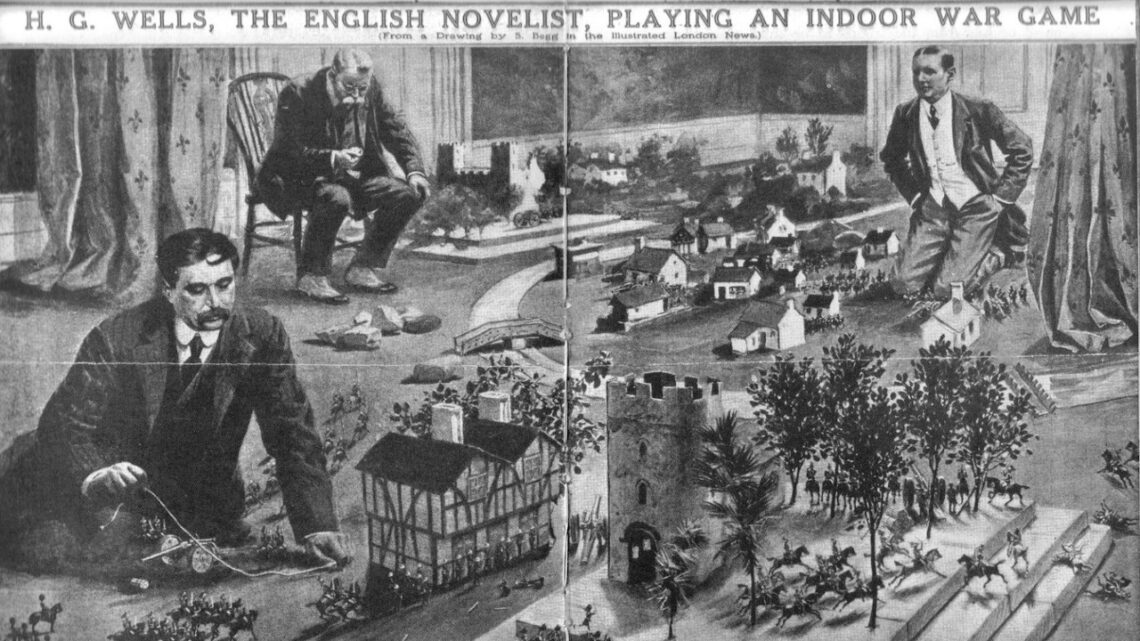 Having popularized concepts such as time travel and invaders from Mars, the contributions of English author H.G. Wells to modern pop culture can hardly be overestimated. Often described as ‘the father of science fiction’ thanks to seminal, genre-defining works such as The Time Machine, The War of the Worlds and When the Sleeper Wakes (all three published between 1895 and 1899, a testament to his unerring productivity) Wells’ influence is everywhere, even if you’ve never picked up one of his books.

Video games are no exception. In fact, when designing one of gaming’s earliest and most recognizable icons, Space Invaders creator Tomohiro Nishikado plumbed Wells’ imagination to stoke his own. “The alien design was inspired by The War Of The Worlds,” he told Edge Magazine back in 2005. “In the story, the alien looked like an octopus. I drew a bitmap image based on the idea.”

Reaching through time to inspire the creation of a brand new medium’s defining antagonist would be achievement enough for most writers — particularly those dead before 1950. But Wells, prescient as ever, made a more explicit contribution to gaming with the publication of Little Wars in 1913. Nestled incongruously among Wells’ sizeable canon of non-fiction, comprising mostly philosophical and political tracts, Little Wars contains within its 48 pages a comprehensive set of rules for a game of wartime strategy to be played using toy soldiers.

It is, outside of a military context, the first recorded example of what’s now known as tabletop wargaming. But much more than some dispassionate instruction manual, Little Wars is a thoughtful design document — what might in modern parlance be called a postmortem — on how a middle-aged Wells and friends created, play-tested and refined a game of war for two.

Naturally Little Wars, conceived more than 100 years ago by a pair of well-to-do English writers playing with children’s toys after lunch, was created under very different circumstances to the video games we play today. Yet throughout Wells discusses the finer points of game design (and what games should aim to be) with a finesse that belies the primitive tools available to him, and remains relevant to how we think about games now.

The one principle that immediately stands out, and from which all of Little Wars’ truly forward-thinking elements stem, is that its lead soldiers should be as ‘human’ as possible. First this means there’s an active distancing of this kind of game from the mechanical rigidity of, for example, chess. While still essentially turn-based, Wells writes of how he edged towards something almost RTS-like by imposing strict time limits on each move to deliberately create messy situations: “men lagging and getting left… careless exposures… rapid, less accurate shooting, and just that eventfulness one would expect in the hurry and passion of real fighting.”

It’s a wonderful turn of phrase, and one that’s since given me much food for thought whenever I’ve ordered a unit to enter a 50/50 attack situation in X-COM and its ilk. Do they know they’ve got as good a chance of failure as success? How are they rationalizing that? Why are they doing it?

Wells’ solution may seem brutal, but the logic underlying it is brilliant: he decided to make it so that any two units coming into contact would inevitably kill each other. “This restored strategy to its predominance over chance.” Obviously a 50/50 chance would be preferable to certain death: the point is that players, as a result, would avoid all one-on-one conflicts rather than taking a gamble. A soldier under these rules will only fight in close quarters if there’s no alternative, rather than fearlessly charging through eight men on the whim of a coin.

Last year’s Darkest Dungeon was rightly-lauded for acknowledging that a character’s mood and mental state will be affected by following the orders of a player who routinely exposes them to horrific and life-threatening situations. Wells goes nowhere near that deep, but it’s not difficult to see that his rigorous approach was taking the first steps in this direction.

There’s consideration of how the player is supposed to feel, too. Wells writes that when playing Little Wars, he changes: “He changes into perhaps what he would have been —under different circumstances. His inky fingers become large, manly hands… He expands—all over he expands.” This is a more typical empowerment fantasy, common in the world of video games. 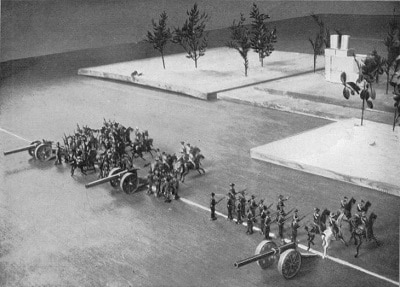 But there’s also a touch of role-playing about the whole thing, which Wells embraces. At the end of the book he includes an account of his most memorable battles, written in character as ‘General H.G.W.’, bigging up his achievements with gentle untruths (which Wells diligently corrects, as himself, in footnotes). This separation of everyday persona and the roles we embody when playing a game is the essence of escapism — something we now take for granted in video games, but again an extraordinary insight in the context of Little Wars’ tabletop contemporaries of 1913 and earlier.

Wells was at the forefront of something new, then, but there’s an insecurity and defensiveness about Little Wars that will be familiar to anyone involved in video games. Keen to legitimize what he’s created as more than child’s play, Wells goes to great lengths to emphasize the virtues and enriching potential of play. It’s a pity that this is a conversation we still find ourselves having time and time again, but few defenses of the medium are as eloquent as the following from Little Wars: