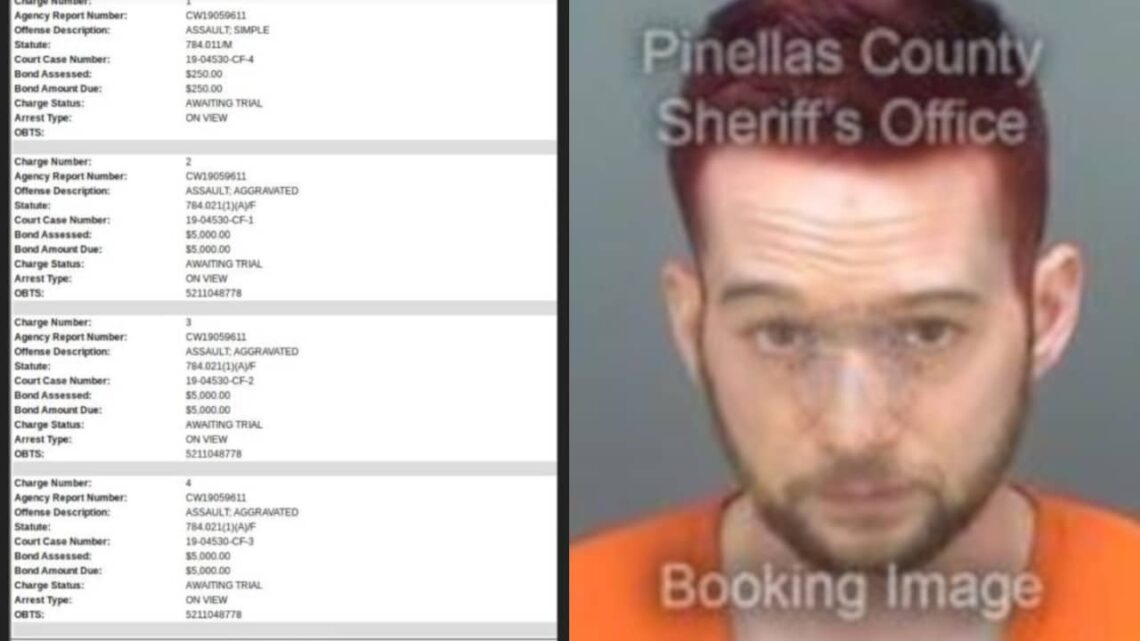 Andy Warski is once again in trouble after a YouTube livestream shows the Canadian streamer and his “Dream Team” cohosts earning money from starting trouble and drawing a firearm on a group of Clearwater, Florida pedestrians.

The confrontation started when Warski streamed himself and two cohosts — “Alex” and “Failure” — playing offensive text-to-speech at people in downtown Clearwater. As is the norm in IRL streaming, Warski’s phone loudly reads out messages and even audio clips from anyone sending in donations, and the more outrageous and dangerous the host allows it to get, the more the entertained viewers donate. In the case of alt-right adjacent Warski, most of the donated messages tend to consist of racist language like “bring back slavery” and the N-word.

One such message finally led to a male passerby knocking the phone out of Warski’s hand, and it quickly spiraled out of control from there.

Warski launches a barrage of fighting words at the man as he walks off with his friend.

Warski also threatens to call the police on the man, who he repeatedly insists is a “fucking faggot.”

When the man decides to return, Alex brandishes a taser. The man then takes off his shirt and looks ready to throw down, but is held back by a bouncer from the nearby club venue.

“You’re lucky you’re not on the ground fucking bleeding, you faggot,” yells Warski as he backs down from the confrontation. “Oh, nice pecs. They’d look nice with a fucking bullet in them. Fucking faggot. I’ll fucking kill him. Fucking piece of shit faggot.”

here is the clip for this pic.twitter.com/zU3mjk05RC

“There’s enough witnesses on camera of him going towards us, so…” smirks Warski to his IRL stream audience as he resumes filming a good distance away from the club. “He was all bark and no bite.”

Minutes later, the trio encounters the man again, and two of his friends, who appear ready to square up with Warski’s group.

Warski says the words, “stand your ground,” twice — a reference to laws allowing lethal force under certain circumstances — letting his viewers know that tonight they might get to see a live killing.

Alex’s suggestion to simply walk away is ignored as Failure walks up to two of the men, now approaching the group. Warski tells Alex to pull out his gun and aim it at them.

One of the men swings his arm at Failure, sending him packing, while another asks Warski where the taser they previously threatened him with is.

Alex brandishes his gun and can be heard saying, “I got a gun, motherfucker.” An excited Warski then starts screaming “stay back” and “get the fuck back” repeatedly.

The men decide to back off.

Warski then tells Alex to aim the gun at the retreating men and tells both Failure and Alex to “follow them,” all the while screaming “Stay the fuck back. We will defend ourselves. You’re on camera” repeatedly, variously threatening to send them to jail and to shoot them in the back.

This is the most accurate representation of IRL streaming I have ever seen in my life.
>In the middle of a gunfight in the street
>Superchat pops up pic.twitter.com/nVZU4lfBiL

Damn watching that clip a few times Alex actually said "let's walk away" but got convinced to stand his ground instead.

I mean by deliberately attempting to set up a scenario in which they could use deadly force. Which is what it looks like to me since Failure walked up to them saying "I feel threatened" and then screamed "shoot, shoot" repeatedly while running. Or Andy screaming "aim". https://t.co/mGTx9fiU2q

A security guard finally appears and instructs Alex to disarm. He also tells the livestreaming trio to stop pursuing the men and to wait for the police to arrive.

When the police arrive, they place Alex under arrest for aggravated assault and take statements from the streamers. 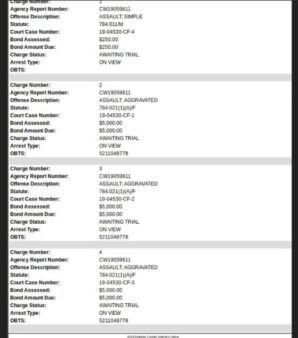 A song entitled “My name’s Andy Warski and I hate niggers” plays while Warski rants about a black police officer.

Alex, whose real name we will not disclose, faces three felony charges of aggravated assault and one simple assault charge. It is unknown at this point if he will be able to make bail, as the bond amount due for each of the felony charges is marked at $5,000.

It is also unknown whether Warski, who is currently in the United States under a travel visa, could face deportation for his part in the altercation.

For now, the only person facing any serious consequence is Alex, who made the mistake of joining Warski’s “Dream Team.”

In a Warski stream finished just hours before writing this piece, the youtuber appeared to grimace at the idea of helping his cohost out.

Charges were dropped shortly after,
https://imgur.com/a/LaBDTdV

Ian sure does look like an Asian Lady-Boy. Asian “Men” are so effeminate, that even when the try their absolute best to look bad ass, they come off as Lady-Boy Clowns. How bizarre.

The internet is a great place because it gives everyone a place to go and voice there opinion. it is dangerous because people like this get onto it.

so its ok for basketball americans to say fuck the whites but when we do it its not. imc is a loser.

With the three of them, unfortunately this was probably gonna happen
sooner or later. It’s like a modern day version of a three stooges bit.

you are legitimately autistic. i can tell just by glancing at your mug. have a nice day fag

Nothing will ever change the fact that you’re an attempted murderer, Ian, and nothing you will ever do will remove that fact from the public consciousness either.

Also, if you actually want to attempt to get some goodwill back you could try not making inflammatory hitpieces against the people who exposed what a terrible waste of oxygen you really are.

But I know you won’t do that.

Hit piece?? Nah… I watched the stream too. Everything he said is accurate. If you’re still a Warski fan, you’re a moron. The dude is a waste of oxygen regardless of what Ian did. Let’s not forget too that Warksi has doxed people which is just as bad. Also, one of Warski’s best pals is Zoom the swatting, doxing pedo.

Guest
You're not an idiot, but you're arguing like one.

Sounds like you can’t argue against the point being made in the article, so you went for a personal attack against the writer.

-ad hominem based logical fallacy.
^this is how stupid people argue. Don’t be a stupid person. Have a good day. 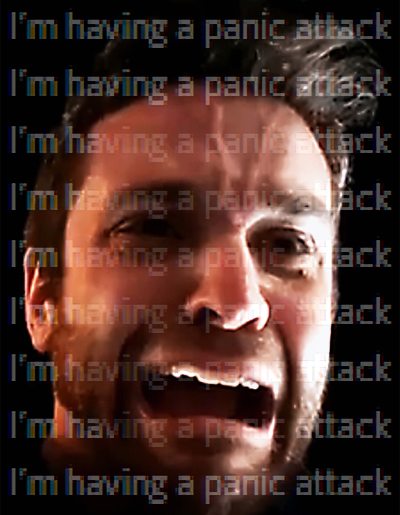 “It is unknown at this point if he will be able to make bail, as the bond amount due for each of the felony charges is marked at $5,000.”

nigga have you ever heard of bail bonds companies?

Yeah hold on while the white trash internet beggar gets the $1500 out of his piggy bank. Did I mention they’re white trash?

Nobody, not even bondsmen, want to associate themselves with neonazis on a racist downtown gun rampage. He’s gonna rot in a hole.

Care to explain to me how they’re “racist nazis” or are you just another butthurt leftist moron who isn’t capable of arguing without calling people racists?

Guest
It's me ur dad.

So you’re blind and a faggot. Did you not see that shit they were playing? Yeah, it was text-to-speech, but those pussies wanted to ignite a reaction with their faggotry just like you.

Guest
You are incredibly dumb and autistic

They weren’t the ones typing it you dumb autist

Last I checked, we live in America. If someone wants to play racist shit from a live chat, they should be able to without having to worry about being assaulted by some gym bro sjw faggot. Andy and the gang acted like pussies but I would have had no problem with those other subhumans getting killed.

Guest
the voice of reason

There is a difference between challenging the far left craziness of the sjw nonsense and actually harassing someone for being black or gay in public. Have your views and express them on youtube or bitchute or a blog. Colleges should be able to invite speakers with a variety views for debates or discussions. I am reasonable. But people should not be harassed like that and those people will fight back. Free speech will not cover you for the consequences of your actions. Leave people alone and you wouldn’t have to deal with that.

Guest
You're that stupid

I could explain it to you all day, Luis, but if you watched the video and still don’t know, I’m afraid it would just be a waste of time.

I can explain it to you, I can’t understand it for you, kid.