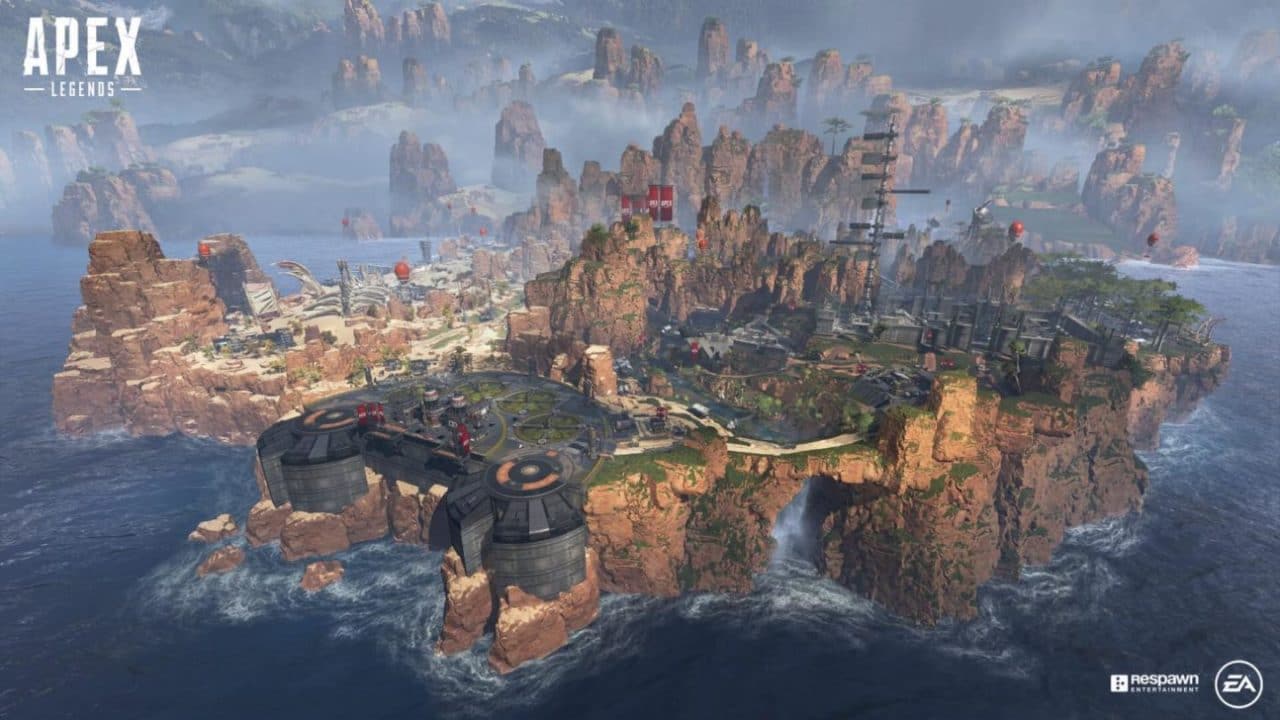 Apex Legends, the game that looked like the biggest contender against Fortnite and the only chance to dethrone the reigning champion of online games, has seen its numbers on Twitch dip by 75% in just one month since it came out. At this rate it can only get worse unless Respawn steps things up a notch or ten.

Declining viewership of new games isn’t anything out of the ordinary, but many were expecting Apex Legends, which surged in popularity following its release (following little to no anticipation leading up to it), to break the mold and usurp Epic Games’ popular title.

A new report from StreamElements shows that at its peak, Apex Legends’ numbers were initially double that of Fortnite, peaking at 40 million hours watched in a single week, but the numbers declined to a little over 10 million. 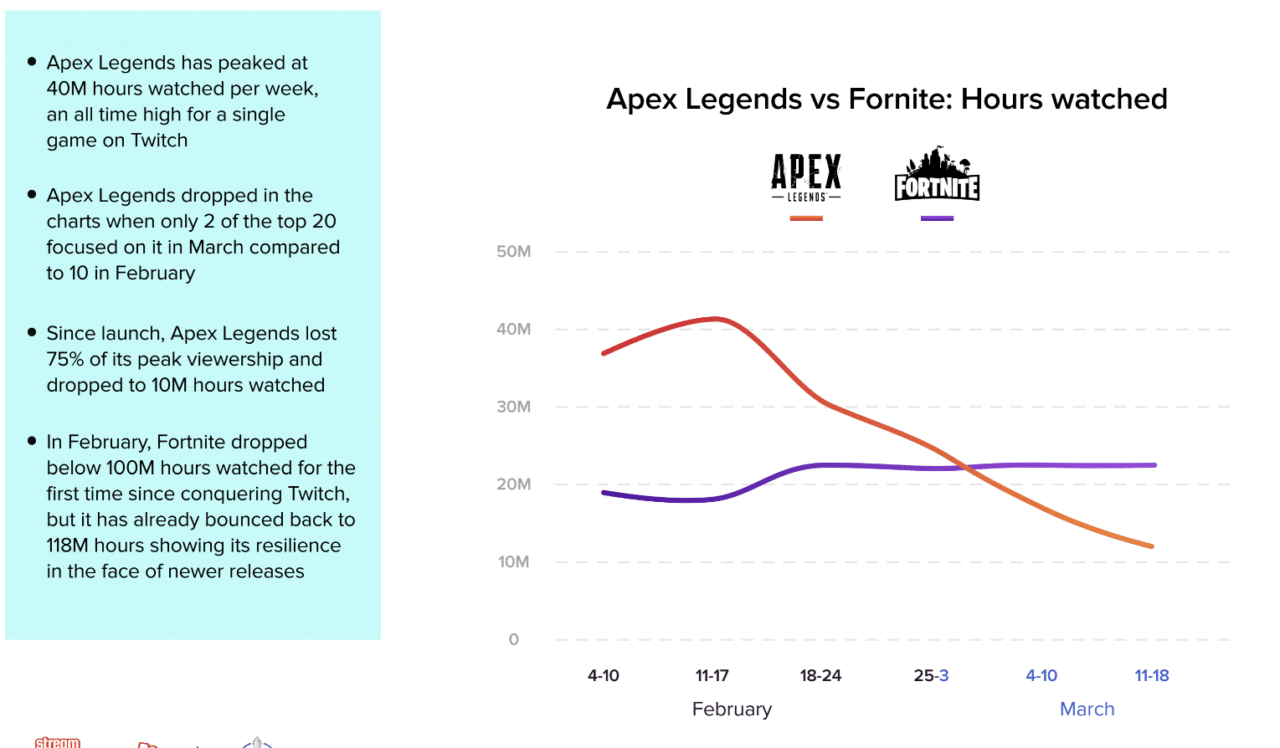 As the report states, Fortnite experienced a temporary loss of viewers following the release of Apex Legends, but the number has maintained at a steady 20 million hours.

It goes without saying that viewing hours on Twitch do not necessarily reflect the overall health of any game — after all, games like Far Cry 5 and Assassin’s Creed Odyssey continue to pull in massive sales despite their relatively low viewcounts on the popular streaming platform. However, the massive decline in Apex Legends’ viewing hours may be attributable to Respawn Entertainment’s refusal to commit to the competitive esports scene, which is responsible for a large chunk of Fortnite’s ongoing popularity. Personalities like Dr. Disrespect and Ninja bring in record numbers to the game each time they return to it from whatever titles they moonlight in from time to time.

To reverse the downward trend, Respawn needs to dedicate no small amount of effort into turning Apex Legends into a professionally competitive title and cater to a scene that’s crying out for a Battle Royale shooter that isn’t Fortnite. This means implementing leaderboards, a ladder system, and custom matches for players to organize private tournaments.

The studio needs to also step up its game when it comes to the release of new cosmetic items, as the first content update left much to be desired, prompting its burgeoning fanbase to complain about the dull quality of the season pass.

The proliferation of cheaters in Apex Legends has also become an issue for players, prompting Respawn to ban 355,000 cheaters in March alone. The studio says that it is scaling up its anti-cheating team and add a report feature to enable players to actively deal with the problem.