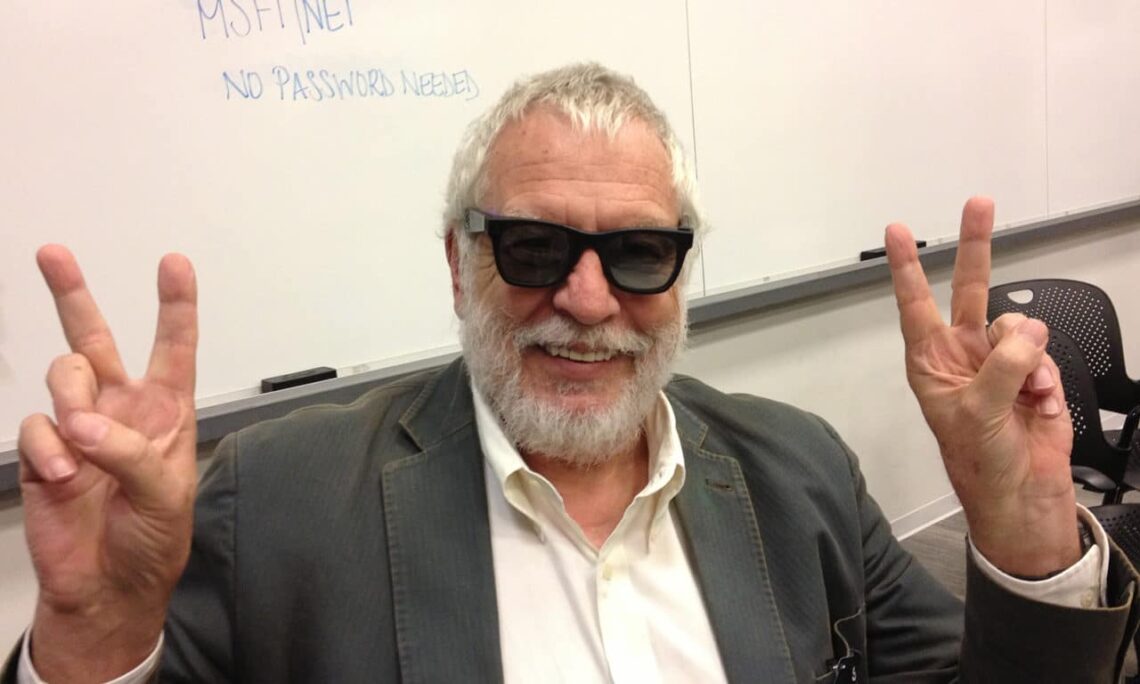 The inclusion of Bushnell, who is widely credited for his contributions to the video game boom, was first met with applause, until feminists raised their ire against him over an excerpt from a 2012 Playboy article that described Atari’s frat-like working environment.

“It was a wild environment,” he recalls wistfully. “It was post–flower revolution, women’s liberation, no AIDS yet and lots of company romances.” The engineers began code-naming their projects after women — including Darlene, a beloved employee who, according to Bushnell, “was stacked and had the tiniest waist.”

Bushnell was, for all intents and purposes, a wildly successful hippie.

The feminists, led by self-proclaimed “GamerGate victim” and Democratic candidate for Congress Brianna Wu, demanded that GDC rescind its award to Bushnell over the candid interview and the 2001 book, claiming that it was proof of sexual misconduct.

2/ Atari held board meetings in a hottub. There, the board would invite the women employees they wanted to have sexual with up to the suite, and pressure them to strip naked with the men.

This is by Mr. Bushnell’s own admission in the book “Ultimate History of Videogames.”

Her arguments were echoed by another feminist, Jennifer Scheurle who penned a long thread about the issue.

“This one is out there in plain sight, in a book for everybody to read,” she complained. “You don’t have to dig hard for it, Nolan Bushnell’s inappropriate behaviour towards women is no secret — and we give him awards.”

It’s not even 8 am and today is already all kinds of shit. At a time like this, giving an award to Nolan Bushnell who has bragged about his problematic behaviour towards women in plain sight is just another sign that this industry doesn’t really care.

There is no good outcome from here onwards. This means pain, no matter what. Watching him receive an award – I’m not sure if I can take that.

If it gets changed, GDC is gonna be turned into a war zone.

Feminist game designer Elizabeth Sampat shared similar complaints, demanding thatg the GDC rescind its awards from all three men and instead “award it symbolically to all of the women who built this industry and are no longer here, in large part due to men like this.”

She also claimed, without basis, that female employees at Atari were forced to walk around topless.

Following the outcry, GDC rescinded its award to Bushnell. The video game pioneer released a statement addressing the allegations, stating:

“I applaud the GDC for ensuring that their institution reflects what is right, specifically with regards to how people should be treated in the workplace. And if that means an award is the price I have to pay personally so the whole industry may be more aware and sensitive to these issues, I applaud that, too. If my personal actions or the actions of anyone who ever worked with me offended or caused pain to anyone at our companies, than I apologize without reservation.”

It’s worth noting that women who worked at his company have never gone public with complaints about Atari’s working environment, or Bushnell.

Loni Reeder, a woman who co-founded a company with Bushnell and worked at Atari during the company’s wild years, defended his reputation.

“I worked there. I know Nolan personally. I cofounded a company with him years later. I was treated fairly, and paid well. I have fellow Atari women friends who also know Nolan. None of us were offended by him, or code names, or T-shirt’s. This is definitely NOT a ‘Me Too’ issue,” she wrote in response to claims that he behaved inappropriately.

“‘A proponent for that environment.’ Perhaps an ill-advised choice of words? You ‘assume’ you know more about Atari’s work environment/people than ‘I’ do. Seems the only people outraged by ancient press and a workplace from 40 years ago are definitely NOT the people who lived it,” she said.

Also worth noting is the fact that Nolan’s alleged conduct was taken out of context from the book. 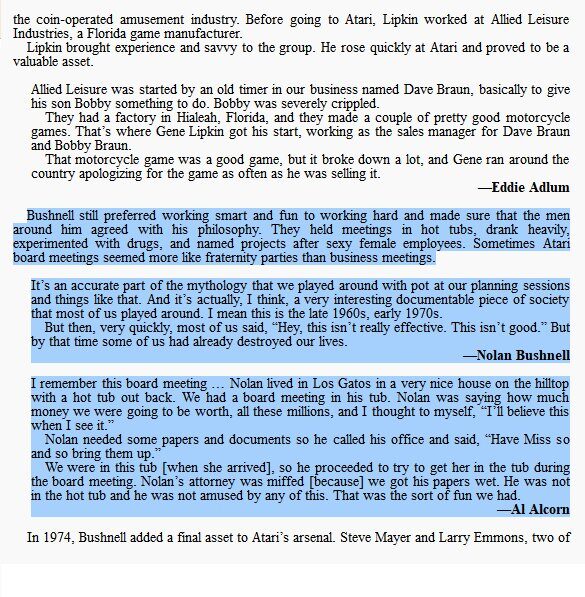 Brianna Wu had only this to say following the destruction of Bushnell’s formerly sterling reputation as a professional game developer:

Oh, silly boys. You want to call me names because Nolan Bushnell lost an award for being a sexual creep?

FOOL, I AM THE WOMAN THAT DIDN’T BACK DOWN FROM GAMERGATE. YOU ARE LIKE A FLY BUZZING.

The workplace WILL treat women with respect. All your insults won’t change that. ❤️

The Rise and Fall of Jennifer Scheurle – Wolfshead Online