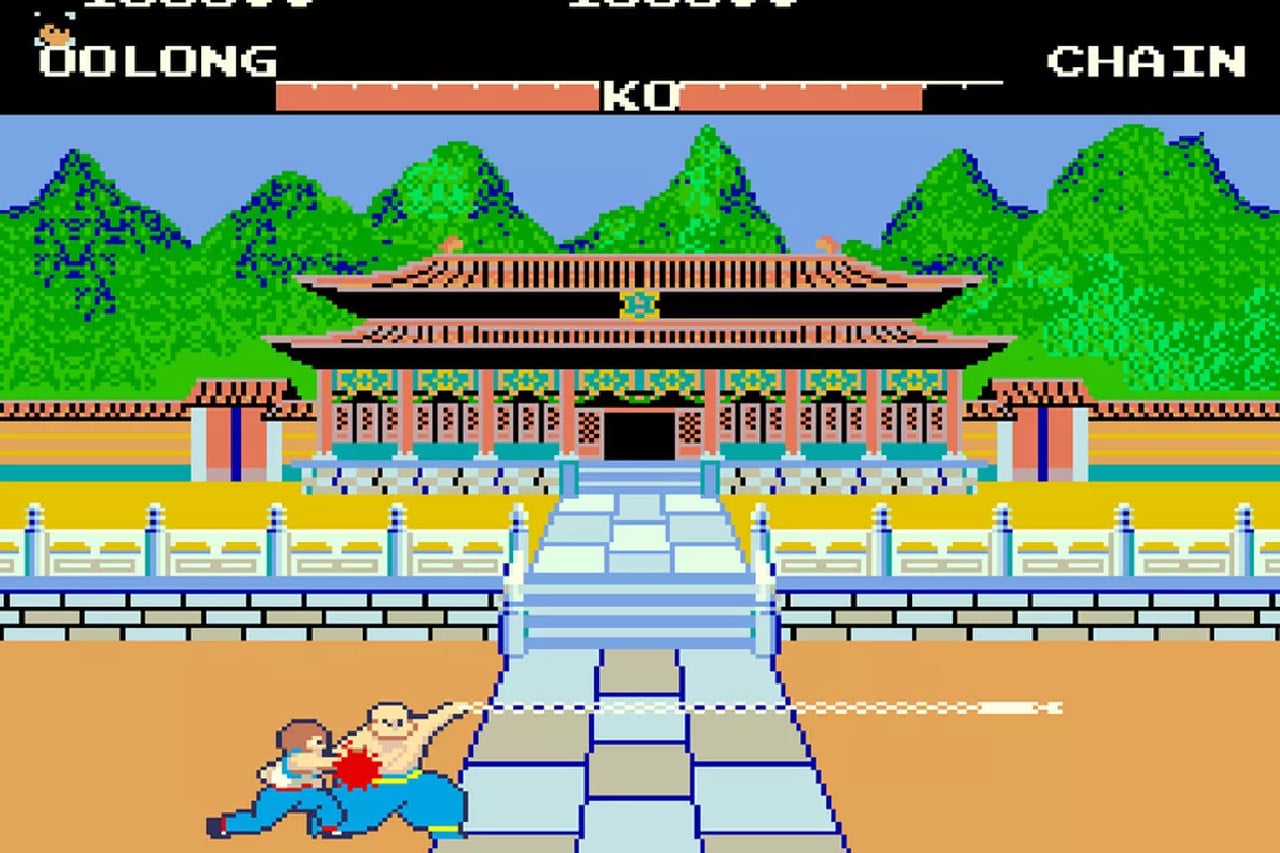 Gaming, embedded in our culture as it might be, is still a relatively new phenomenon. Invented in 1947, the first videogames weren't realized in any real way until 1971's release of Galaxy Game - the first ever arcade machine (first color arcade game? Color Gotcha). This was followed up by the formation of Atari and the release of the Magnavox (the first ever home console system), both in 1972.

From there, things moved at an ever increasing speed, while the industry steadily gained attention, notoriety, and value. In the forty years since, gaming has become one of the most important facets of the entertainment industry, with sales expected to tip $300 billion by 2025.

During that time, technology and gaming experiences have generally moved along at a fairly steady rate, as you'd expect. Occasionally, however, the industry surges forward, as if to underscore the importance of both technological progress and individual imagination. Recent surges have included things like motion control, touch screens, and 3D/VR.

But what other stuff has happened in the last four decades? What marquee moments have helped gaming get to where it is today, and laid the groundwork for what we'll hear about in the future?

In this feature, we take a look at ten of the top influences in gaming’s evolution. The list isn't intended to be in order of importance (it's sorted by date).

Although Capcom, Namco, and Sega have guided fighting games for the past few decades, Konami's Yie Ar Kung-Fu was the first one-on-one fighting title. Prior to Yie Ar Kung-Fu, beat 'em ups consisted of one or two players fighting hordes of thugs. However, in Yie Ar Kung-Fu, you play as Oolong and fight through ten opponents, each with a unique fighting style.

The game was difficult because, while Oolong had kicks and punches, his opponents had a variety of special abilities and weapons - Buchu could fly, while Star threw shurikens - and it was up to the player to come up with strategies to defeat them. 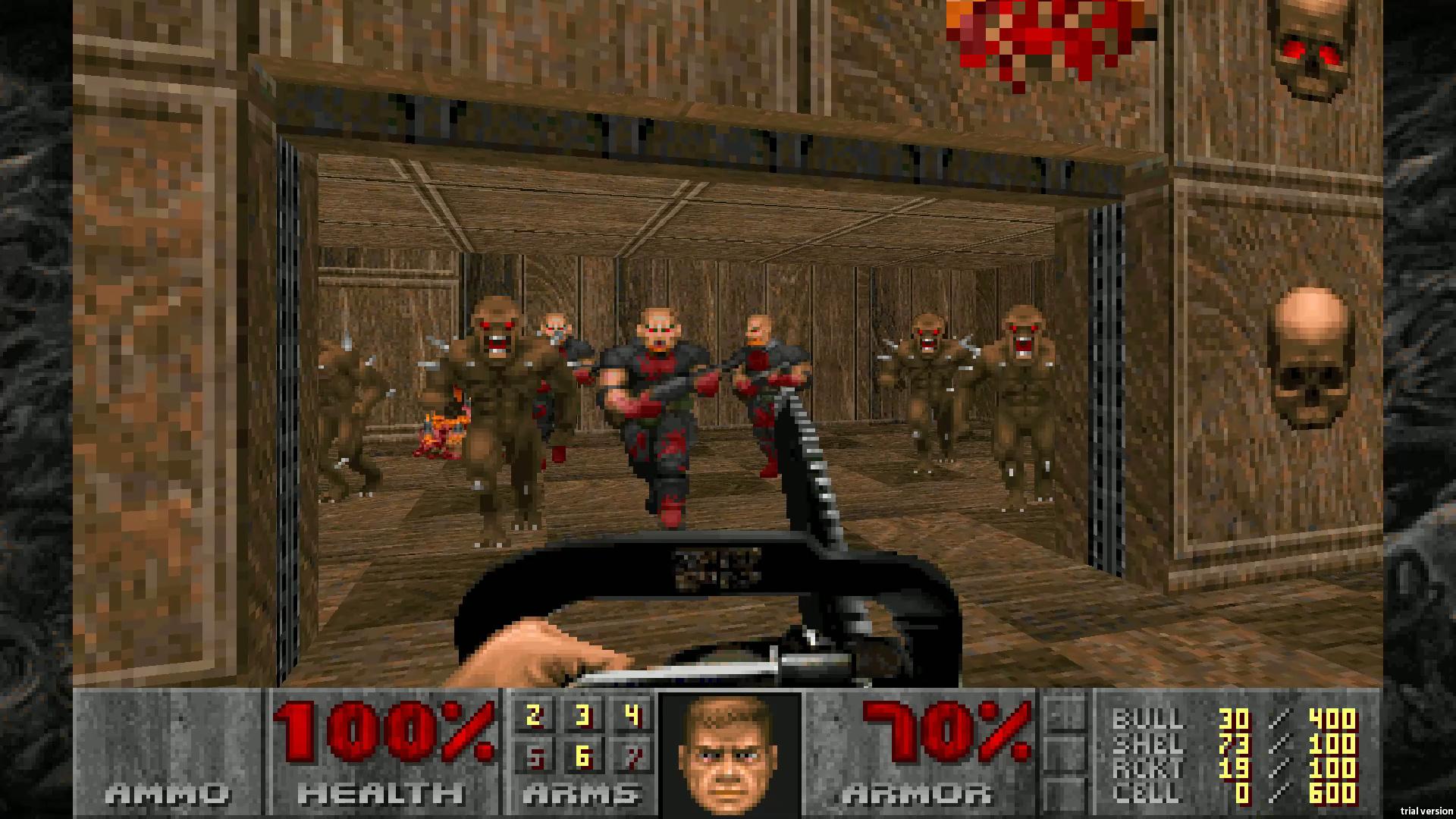 First person games had been around for a number of years prior to Id Software's trip to Phobos (the moon base in Doom). However, Doom gave the fledgling genre a big push, thanks to its high production values and incredible detail.

In addition, the game was the first fans could easily modify to create new maps, weapons, and re-skin monsters. It resulted in the first large-scale modding community and spawned countless creations based on anything and everything from Barney the much-loathed Dinosaur, to the Smurfs. 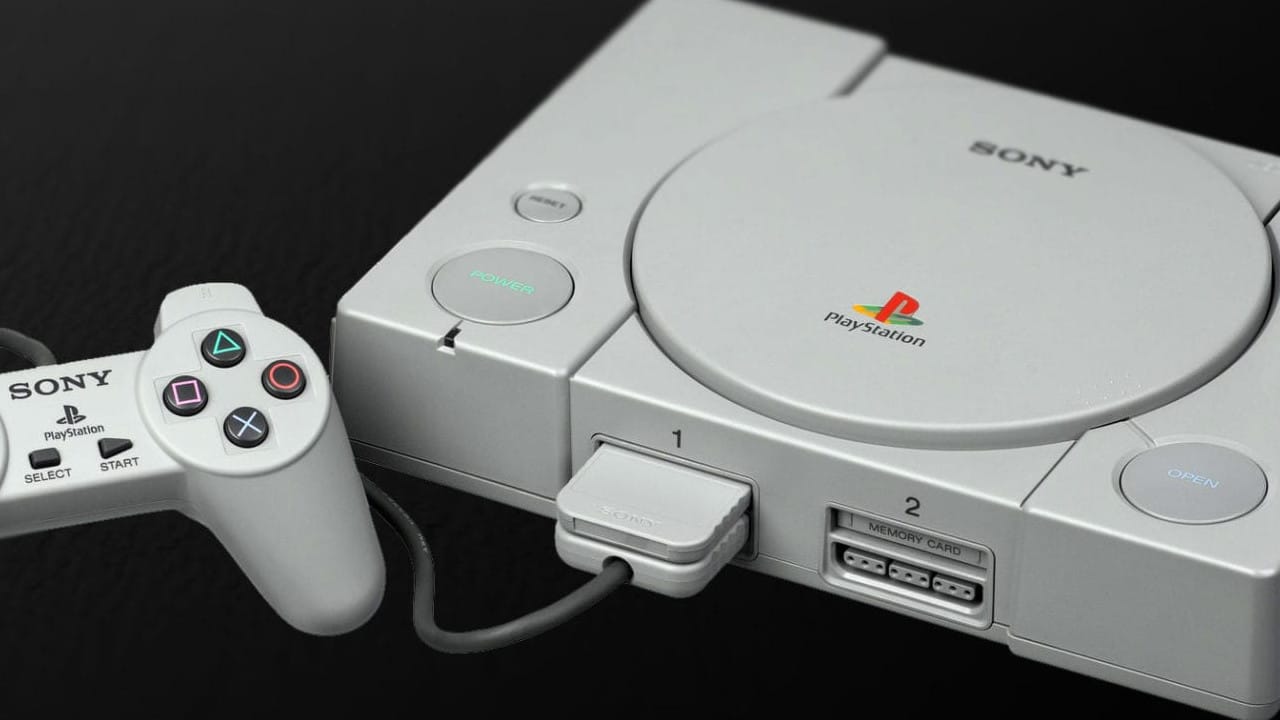 While Sega and Nintendo were the big names for many years, Sony was already an established technology name thanks to their TVs, VHS recorders, and home audio equipment. When a deal with Nintendo to create a CDROM drive for the SNES went south, Sony continued with the project, making it into a standalone console which became the PlayStation.

The PlayStation brought a mainstream name into gaming, garnering interest from people who had previously overlooked consoles, and expanding the market. In addition, the platform played host to a series of ultra-popular RPGs, one of which makes this very list...

In 1997, 3Dfx released the Voodoo GPU. The new hardware was the first to introduce 3D acceleration and texture filtering to the PC gaming masses. Why did it matter? PC gaming had previously featured low resolution textures, and no filtering.

The advent of 3D acceleration meant 3D games were suddenly a much more viable proposition, and we would never have to put up with a pixelated textures again - even classics such as Doom would be modded to take advantage of the new hardware, to varying degrees of success.

With the rise of PlayStation and its use of the CDROM format, Square pulled its seminal RPG series away from Nintendo's platforms for the first time, resulting in the multi-disc title Final Fantasy VII. The new mix of FMV, 3D characters, and an epic story made the game a hit with western audiences and it renewed waning interest in JRPGs.

The game - and overall series - has since had several sequels and prequels across several platforms. Prior to the PlayStation 3’s release, early tech demos showed the intro FMV running in real-time on the new hardware. However, to the dismay of series fans, a full HD remake has never materialized.

Although based on a license (which is typically a bad omen), and developed by a team of rookies at Rare, GoldenEye 007 surprised everyone by being not just good, or just innovative, but by becoming the definitive console FPS.

Its gameplay took traditional elements and mixed them with stealth, with an added a sniper rifle allowing players to take enemies out from further away than ever before. GoldenEye 007 was a big step forward for the FPS from the simplistic world of Doom; it wasn’t just about finding the red key - it had missions and goals, not to mention amazing multiplayer. This came as a blow to PC gamers who had for years lauded Doom over their couch-sitting counterparts.

PC gamers would soon get an innovative FPS of their own. After half a decade of Doom, Quake, and so on, a small developer named Valve created a shooter called Half-Life. Although remaining primarily about 'shooting the aliens', its bosses required more strategy than the simple ‘shoot it until it dies’ method.

In one case, defeating a boss meant distracting it with grenades so you could sneak through a room and flick a switch to incinerate it. In addition, the series had characters who were actually useful, assisting Gordon Freeman in his fight against the aliens. 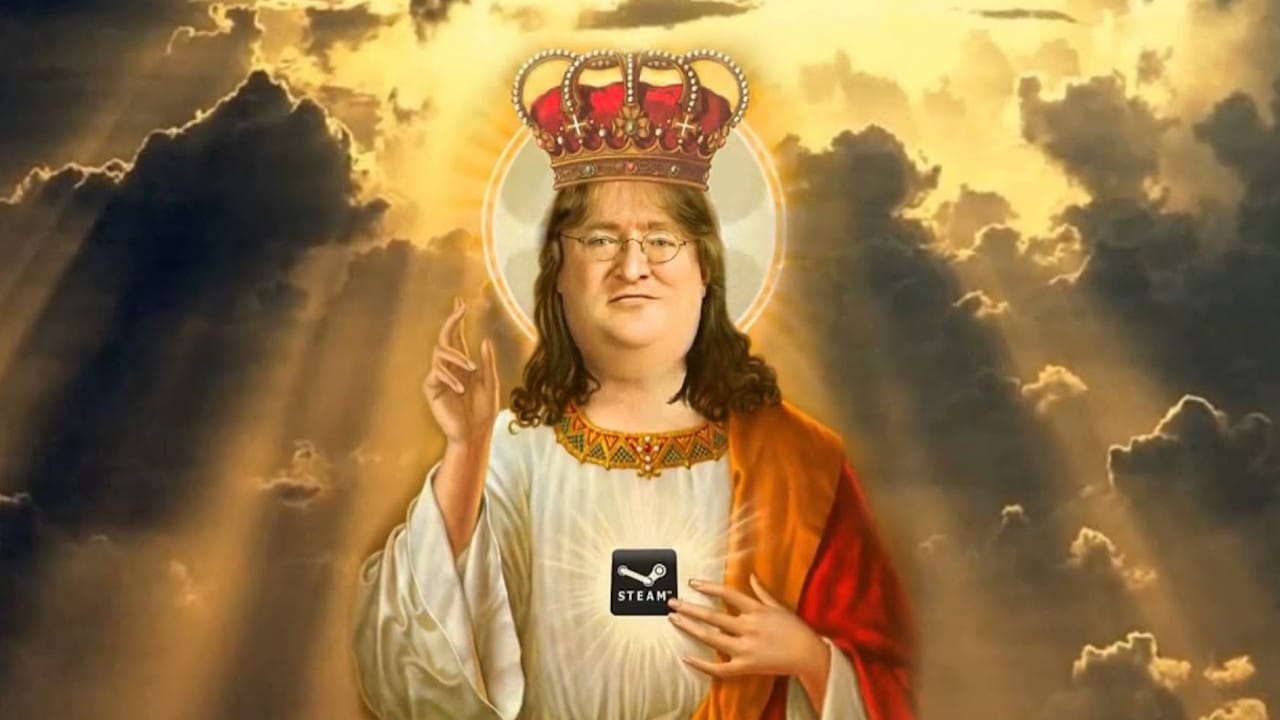 With the release of Half-Life 2, Valve launched a new digital shopping platform: Steam. Everyone who bought Half-Life 2 had to create a Steam account in order to install and play it - and with Half-Life 2 being the sequel to one of the most innovative first person shooters of all time, you can bet that install base was huge.

PC gamers initially lamented steam for being a resource fiend, however over the years it has become the first point of call for PC gamers, selling indie titles, console ports, and AAA games. If you have broadband and the cap for it, the platform - specifically, its sales - has made PC gaming vastly more affordable and convenient.

The console that showed us how fun motion controlled gaming could be... while it had our attention. Wii was a machine that, while behind in graphical grunt, brought motion control gaming to the masses with the packed-in Wii Sports game.

Unfortunately, the aforementioned lack of power meant a lot of developers either didn't try to exploit what little power the Wii had or ignored the platform entirely in favor of more powerful consoles.

However, despite the lack of visually impressive games, the Wii opened up a new market with its revolutionary control scheme, catching the eyes of Sony and Microsoft who later came up with motion controllers of their own - Move and Kinect - to varying degrees of success. Even the mobile gaming market has caught on, using similar sensors in cell phones to control all manner of games. 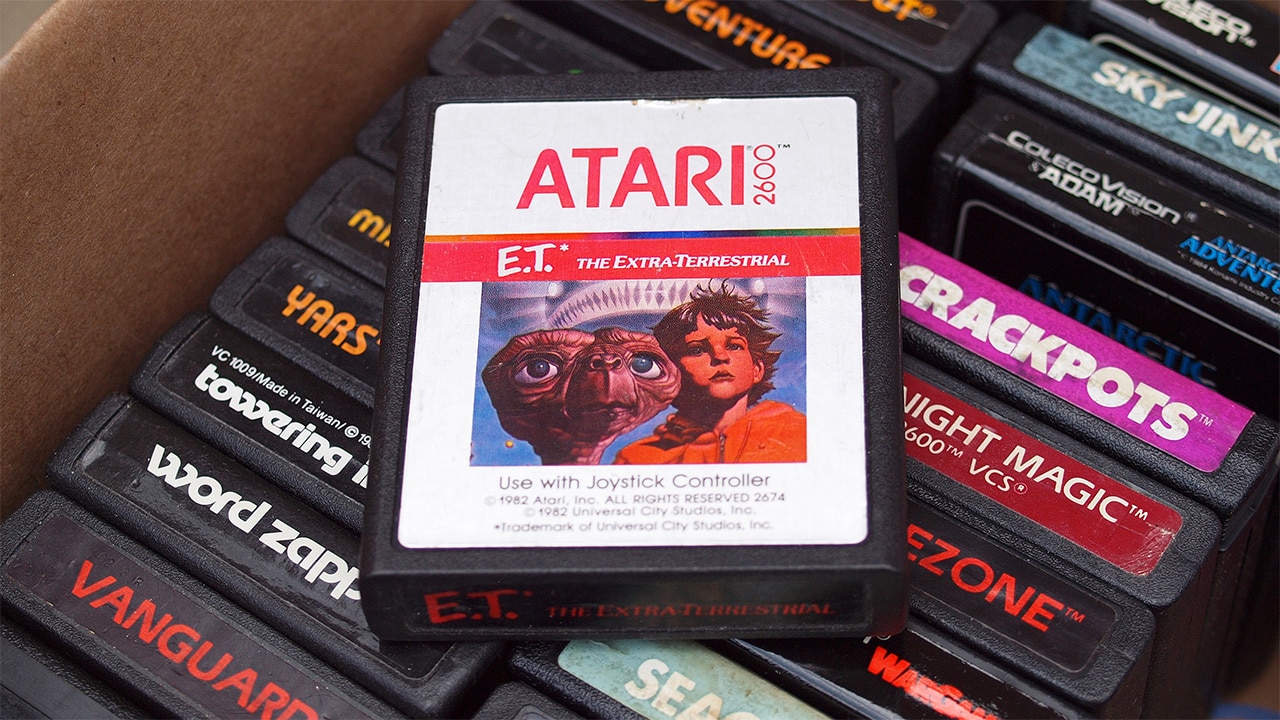 Capping off the list are pop-culture fads. TV shows, comics, toys - anything that becomes popular overnight has the chance to spawn a game tie-in.

The quality of licensed material like this has been all over the park, with classics (like the Teenage Mutant Ninja Turtles arcade game) and turds (like ET for the Atari 2600) all vying for the attention (and folding stuff) of the unwary. A more recent example is the latest incarnation of My Little Pony...

It's the last franchise anyone expected adults to like - let alone, a license anyone expected to exert any influence on games (outside of kids titles, obviously.) Since its debut, however, My Little Pony: Friendship is Magic has rocketed in popularity, inspiring fan produced titles including My Little Pony: Fighting is Magic (a Street Fighter style 2D brawler - finally we'll be able to say "My main is Pinkie Pie, let's party" and not sound creepy [No you won't - Ed.]), and about a billion Minecraft levels with pony sculptures.