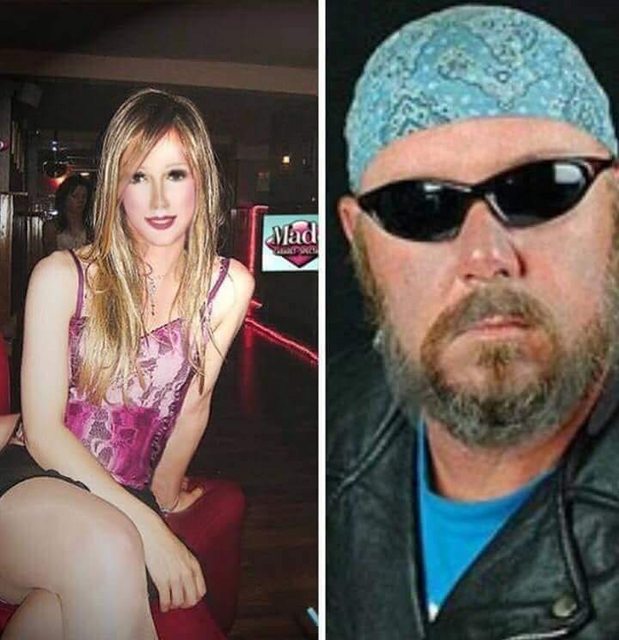 Bikers were riding west on I-70 when they saw a girl about to jump off a Bridge. So they stopped.
George, their leader, a big burly man of 53, gets off his Harley, walks through a group of gawkers, past the State
Trooper who was trying to talk her down off the railing, and says, "Hey Baby…..whatcha doin’ up there on that railin’?"

While he didn’t want to appear "sensitive," George also didn’t want to miss this "be-a-legend" opportunity either so he
asked …"Well, before you jump, Honey-Babe…why don’t you give ole George here your best last kiss?"

So, with no hesitation at all, she leaned back over the railing and did just that … and it was a long, deep, lingering
kiss followed immediately by another even better one.

After they breathlessly finished, George gets a big thumbs-up approval from his biker-buddies, the onlookers, and even
the State Trooper, and then says, "Wow! That was the best kiss I have ever had, Honey! That’s a real talent you’re wasting,
Sugar Shorts. You could be famous if you rode with me. Why are you committing suicide?"

It’s still unclear whether she jumped or was pushed??

39 thoughts on “Bikers were riding west on I-70 when they saw a girl about to jump off a Bridge. So they stopped.”