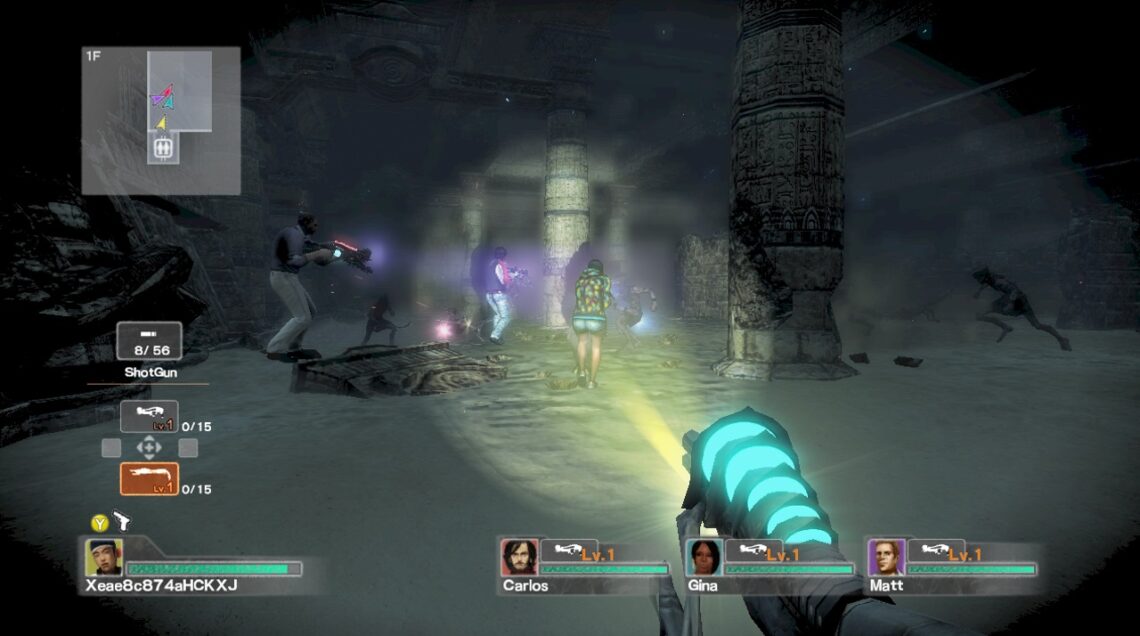 It’s always a great shame when a game is cancelled, but much more so when a genuine original is lost. Catacombs, the Square Enix shooter that was revealed by Siliconera in April of this year, fell firmly into that category: its fast-paced, team-based shooting owed a debt to Valve’s Left 4 Dead, but its narrative was distinctive, dealing with themes of perception, existence, and social and cultural disharmony in an uncommonly bold manner. What began as a simple story of four treasure hunters exploring a mansion became something much more interesting.

The Siliconera leak was satisfying for the man behind the transformation, narrative director Brandon Sheffield, who had worked on the game for a year by the time it was cancelled in early 2011. “I was definitely pleased,” he tells us. “I had felt for so long like everything I had done was for nothing, and that nobody would ever know about it. It’s a common feeling when a game is cancelled I’m sure, and ego gets into it a bit as well. You want people to know that you did a good job, sure, but you also want to know how they will feel about your work, especially when you’re taking risks. To have taken risks like we tried – not that depicting different cultures should be considered a risk, but it often is by larger publishers – and to not have anyone be able to react to it was really disheartening. So being able to see people just react to the concept was gratifying.”

Sheffield is also pleased for the opportunity to clarify a few inaccuracies and omissions in the leaked details of the game, including the name. “It was not actually called Catacombs,” he laughs. “I’m not really sure where that came from, but we may as well call it that for now. Actually, we never made a final decision on what the title would be, but I had a few ideas.”

It’s been some time since the leak, but we contacted Sheffield after receiving assets from a former employee of AQ Interactive, including a playable alpha build (from where the screenshots accompanying this piece were taken) which runs on a heavily modified version of the engine used in Feelplus’s 2011 sci-fi shooter Mindjack. It’s naturally a little unrefined in this form, but even in its unfinished state, it’s a brisk and enormously promising shooter with some inventive ideas. Many of these tie directly into Sheffield’s narrative, a tale of four characters from disparate social and ethnic backgrounds coming to terms with their differences. 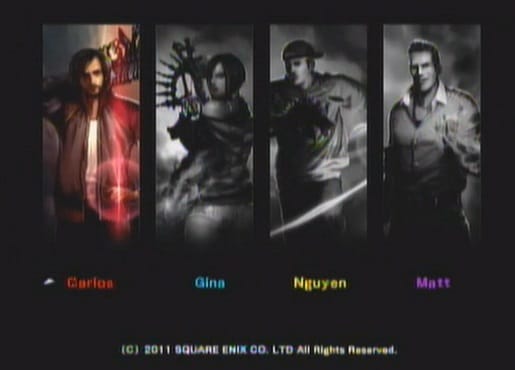 “The idea of this game for me was that reality is a construct of the human mind,” he explains. “Every human’s brain is essentially its own dimension because neither you nor I have the same experience – even of this conversation – because of our own past, and things that we’ve thought and done. Since we’re all inherently different and our mind is the only thing we can truly know, then our reality exists only inside of our brains. So each stage was about these people destroying their own fears and doubts and also their identity. They were supposed to be overcoming their sense of self, and how that related to their identity as an American, but also their otherness.”

These ambitious concepts are naturally explored in the game’s story, but deepened by its systems. Catacombs is part-shooter, part-roguelike, a hybrid that Sheffield says “galvanized the team” behind a game in a traditionally western genre. Levels are randomly generated, an idea Sheffield, with the benefit of hindsight, admits “didn’t affect the player experience a great deal” but which prove a good fit for the theme of each character’s journey being unique. Traps represent each character’s blind spot (“those mental ruts you can get stuck in”) as players shoot the enemies, quite literally slaying their own personal demons. Differently colored torchlight beams answer the question of who killed a particular enemy, as defeated foes explode into shards of a similar hue, intended to evoke neurons firing. It also proved an elegant solution to the issue of Japanese players struggling with shooters, a narrow central beam offering fine-aiming opportunities for veterans, the cone of light surrounding it delivering scratch damage. “We wanted to make it a little more Japanese-friendly,” says Sheffield. 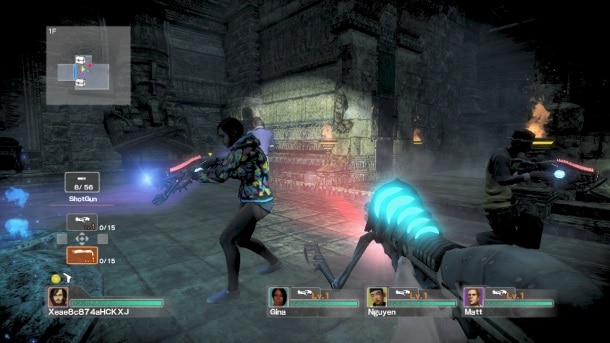 Ironically, he had originally been recruited by Feelplus president Ray Nakazato to revamp Catacombs’ story in order to make it more western-friendly, working with developers from the three subsidiaries of AQ Interactive, since absorbed into Marvelous Entertainment. A team of around 50-60 programmers and artists from Cavia, Artoon, and Feelplus worked on the game between 2010 and its cancellation in the early months of 2011. Sheffield himself invested around a year of his time in the project – “nine months of that quite seriously and three months of it in a more theoretical, hand-wavey situation” – having jumped at the chance to work with Cavia, “one of my favorite developers in the god darned universe”.

Catacombs’ narrative begins on a note of disharmony, as its characters struggle to hurdle social barriers, mirroring Sheffield’s early experiences in Japan. “When I met the team for the first time I hadn’t quite been told that I was supposed to have a story idea ready,” he explains. “They had their own initial story about treasure hunters in an old mansion, but when I said that I wasn’t into that and wanted to do a different thing they said, ‘Well, what is it?’ And at one point they left me alone in a room and said ‘okay, we’re going to come back in an hour and you’re going to tell us what the story is’. I was jetlagged, just off a plane, and this was basically my first time being narrative director of a large project. It was crazy.”

An hour of pacing and note-taking was enough for Sheffield to sketch out a narrative his colleagues were happy with, though some creative differences remained. Development during the early stages was slow, as the team struggled to understand Sheffield’s bold concepts. It wasn’t until former Artoon designer Naoko Kunisada joined the project that things began to change. “They must’ve been aware of her nature, because now in every meeting every time I would say something, she’d ask so many questions: ‘Why is that? What is that thing? Please explain this element because I don’t get it’. And so in her doing that, not only did I explain it in such a way that the team could understand it better, I understood it better too.” 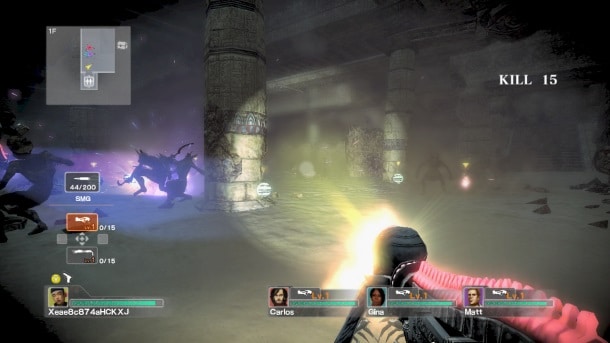 Suddenly, the team began to gel and development progressed much more swiftly. Before long, there was a playable build, and Sheffield was casting voice actors and even assisting with the game’s score, sending Cavia’s composers over a gigabyte of music for reference, from ‘70s Nigerian rock to Cambodian folk music. “One of the greatest things about playing videogames in the past was hearing these neat, bizarre melodies and sounds that would really take you somewhere, and I feel like that’s gotten lost over the years. Now you just have everyone emulating film scores and stuff. Anyway, [the composer] came up with some super-intense, unique stuff and I could hear the influences of all this music in there and I thought, ‘Man, this is going to be fantastic’.”

Then, with just six months of production to go, and with the alpha milestone approved and paid for, Square Enix pulled the plug. A crestfallen Sheffield admits the decision came as a surprise, not least because the publisher seemed happy with the quality of the game. “It was almost more frustrating that we weren’t cancelled because the game was bad,” he adds. “We got cancelled because of external factors that we could not control.” 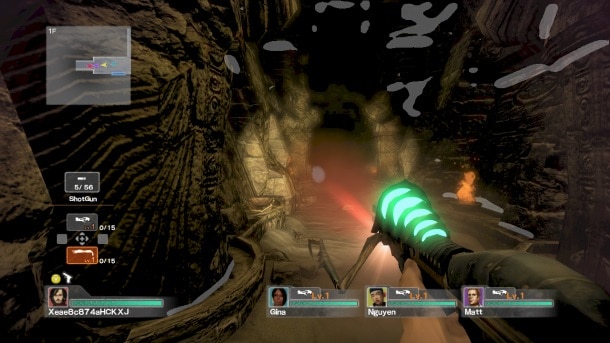 Nor, it seems, could the other teams affected, because Catacombs wasn’t the only game to get the hook. Around the same time, Square Enix also pulled Fortress, a Final Fantasy spin-off in development at Bionic Commando developer Grin; cartoonish parkour shooter Gun Loco; Highlander: The Game; and Crystal Dynamics-helmed survival horror Downfall: San Francisco. It seems that the publisher chose to cancel its less commercially viable projects after the catastrophic failure of Final Fantasy XIV, reducing its costs in the most swift and brutal way to appease investors concerned about a balance sheet with a few too many red numbers.

The development team was disbanded, with director Akira Yasui so disappointed by the experience that he subsequently left the games industry. Sheffield is now working on a pair of PlayStation Mobile titles for his own company, Necrosoft, including one based on a game he created for April’s Molyjam. He harbors no resentment towards Square Enix, despite Catacombs being an obvious labor of love. “I was really pleased with Square for allowing us to try to do this,” he tells us. “I understand why it had to cancel the game. But that it put money into this project, and let us try to make a game which dealt with existential themes in a serious way, while also tackling the idea of American identity versus individual cultural history, was really amazing.

“I have to thank them for that, regardless of the game’s outcome. At the end of the day, you cut passion projects before moneymakers, and that’s what happened here.” 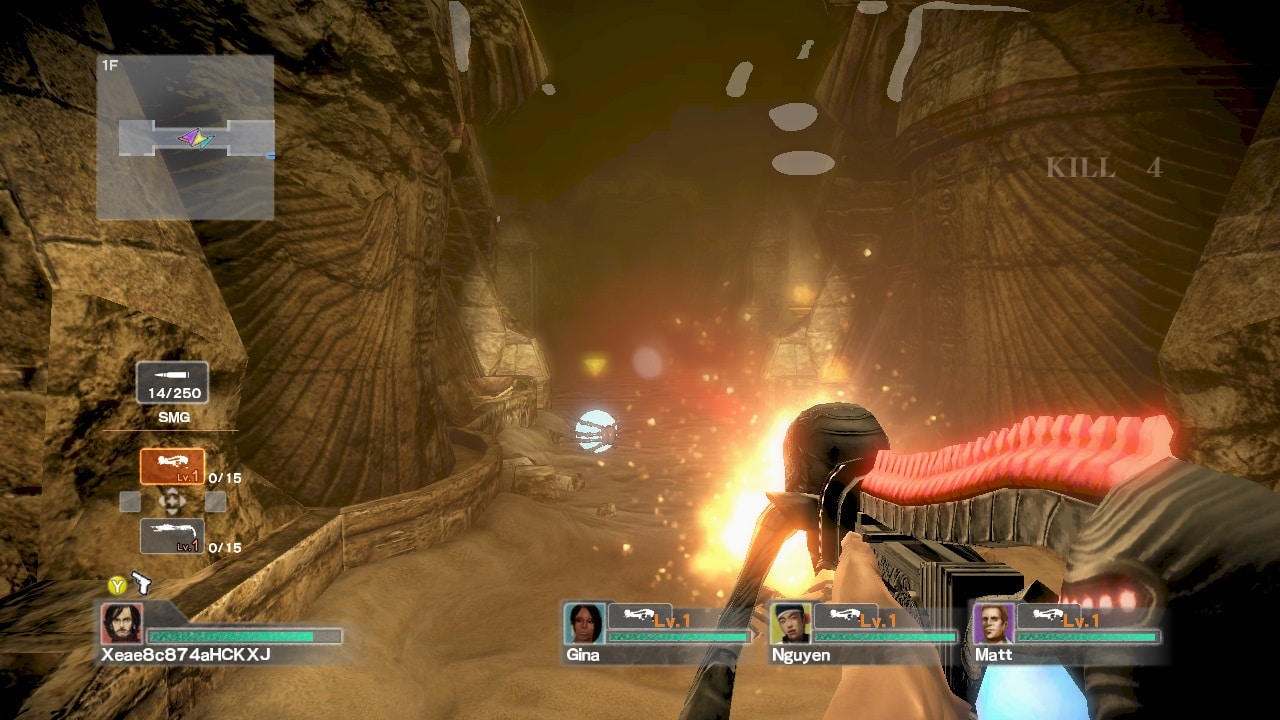