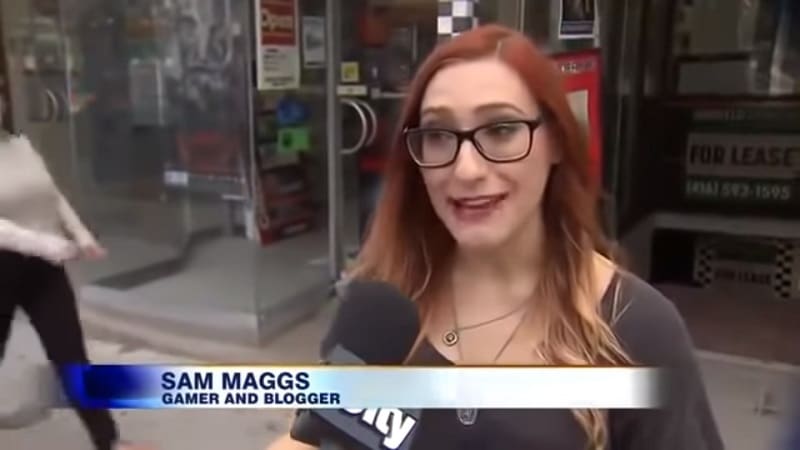 Reading the following post on the GameSpot forums had my troll senses tingling:

Because today at work I overheard a 50 year old woman talking to someone about the GTAV ban saying she had been in a heated discussion the night before with her son about the game and how ”you can rape women”.

Now I’ve completed this game on PS3 (and own it on PS4) and can’t remember one instance of being able to rape anybody. This women spoke about the game as if the whole point of GTA was to rape and kill women.

I asked her if she had played the game which she responded ”No” but I got interrupted before I could debate her further.

But now a real news outlet — unless you subscribe to the notion that the entire nation of Canada is a great satire — CityNews Toronto, has reported on “rape” in GTA. They’ve even involved police and got games journalist Sam Maggs to speak out about her horrible GTA V virtual rape.

The background for it all is that there was a GTA mod that let people trigger a sex scene animation from story mode on your character. Your character was then locked in place until the animation finished.

With every other sentence in the exasperated “exploding vans“-like news report being absolute comedy gold like “online they can take your character, lock them in place — have made their character pants-less — and then can simulate sexual assault with your character and you are helpless to stop it,” the video has of course quickly gone viral.

Update: Sam Maggs has since been made an assistant writer at BioWare.

Sam Maggs interviewed about GTA rape -> gets hired to work on a AAA project – ME:Andromeda as writer even tho she never worked in industry before and only thing she wrote before were some fucking blogs(lol) -> that gets her into industry and she gets hired solely off experience from being “writer” on a AAA title previously. She actually made career off getting “raped” by some lil timmy in GTA and hired solely cause she got a hole between legs fucking lmao.

this woman was unironically the writer for the new ratchet and clank game.

GTA is a game rated M for mature. The game features, murder, theft and torture and other crimes. Why would you play an M rated game online if you can’t handle online interactions in an M rated video game? And what exactly happened to her? Virtual rape is not the same thing as real rape obviously. So why is she even using the word rape if not to play the victim card?

Anyways GTA is literally a game about committing crimes, especially stealing cars, and having the police called on you, the heavier the police force they send on you, the more “stars” you get. That being said, if you are going to play GTA V you should expect mature things to happen in the game. And if you are going to play online you should expect people to be poopyholes, since the internet is filled with poopyholes.

[…] It never takes long for a new gaming technology to be treated like a public menace. Take this shocking news clip documenting “virtual rape” in Grand Theft Auto: […]