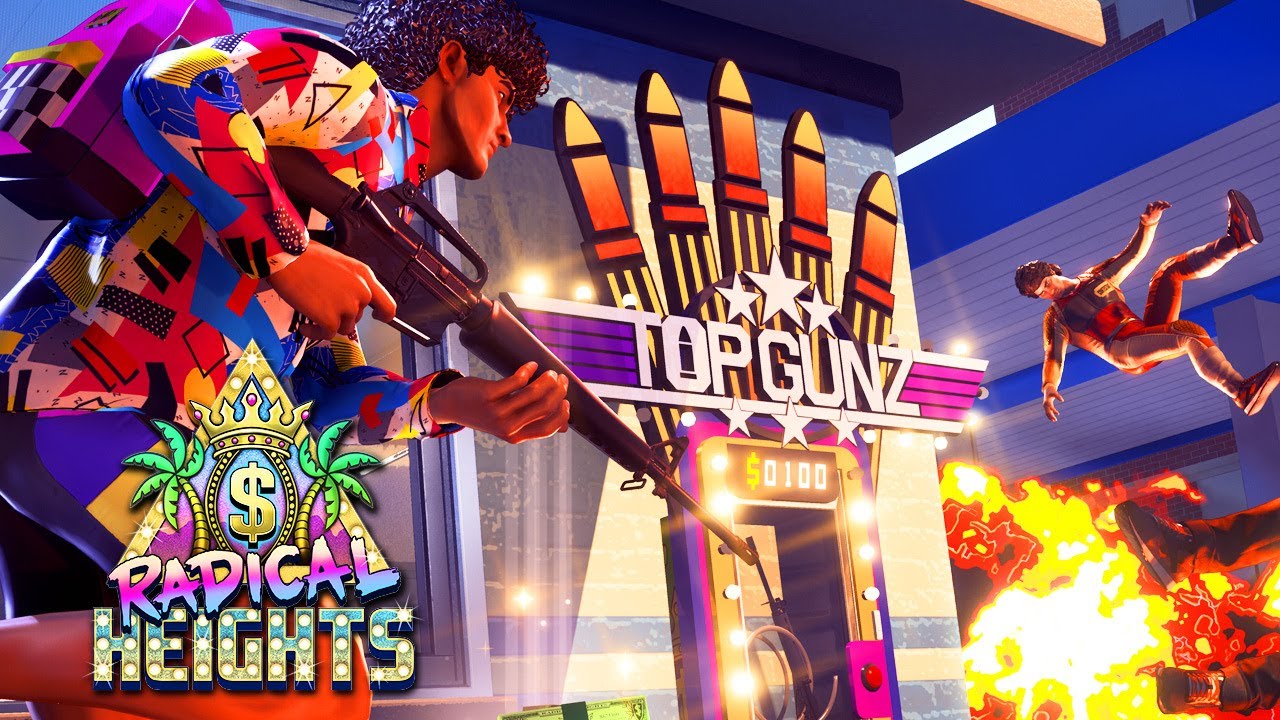 Radical Heights tanked — hard. The ambitious video game by Gears of War creator Cliff Bleszinski (better known as “CliffyB”) attempted to bank on the Battle Royale genre of video games, but it came out several years too late with too few features to set it apart from the crowd. It didn’t stand a chance against Fortnite, which it borrowed much of its aesthetic from — and offered too little to set it apart from the likes of the numerous other games that try, and fail, to dethrone Epic Games’ mega money maker.

Instead of simply accepting failure, Bleszinski now blames Radical Heights’ failure on Ganker. In a series of tweets, the former Epic developer tweeted a brief post-mortem of the game’s failures and what he planned to do with it.

“I wanted players to be shot out of cannons at the start of the match, I wanted their names projected in the sky when killed Hunger Games style, and a rare bike that has an alien in a basket that you could fly around the map in,” he stated. 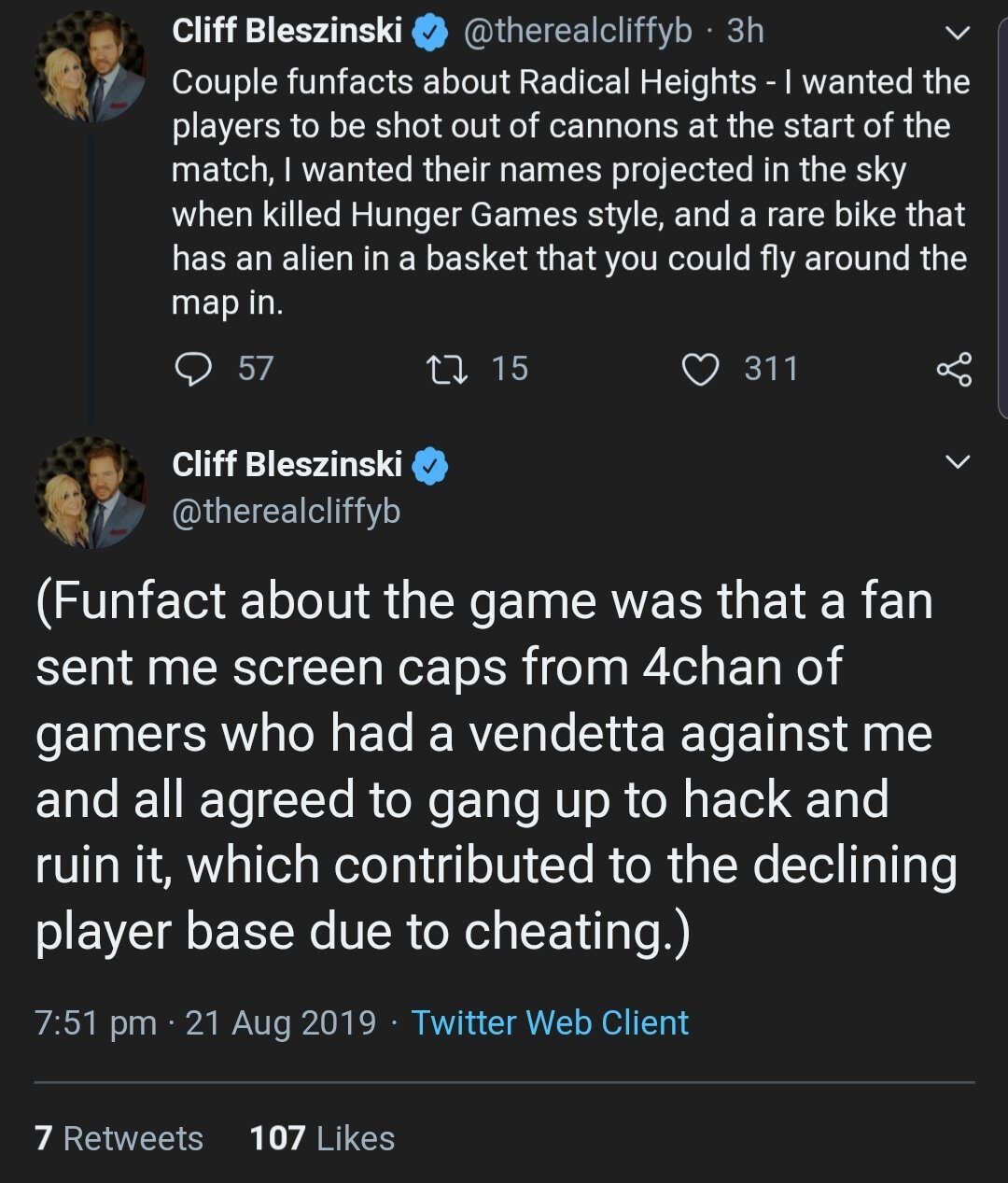 As a “fun fact,” the developer added that a “fan” sent him screenshots of a Ganker thread where gamers who developed a vendetta against him urged each other to “gang up to hack and ruin it, which contributed to the declining player base due to cheating.”

It’s worth noting that Radical Heights did indeed suffer from a hacker problem—but it was only because, like many other underperforming online games, Radical Heights was in early development and thus didn’t offer any protection from cheaters. However, to blame the game’s failure on cheaters is to ignore the fact that the title was launched as a last ditch effort by Bleszinski and his company Boss Key Productions to sell Radical Heights to a prospective publisher, staging it as a viable competitor to Epic’s Fortnite.

When the company ran out of funds, the game shut down, which it did a month after going into Early Access. Hackers, as it turns out, had little to do with its failure.