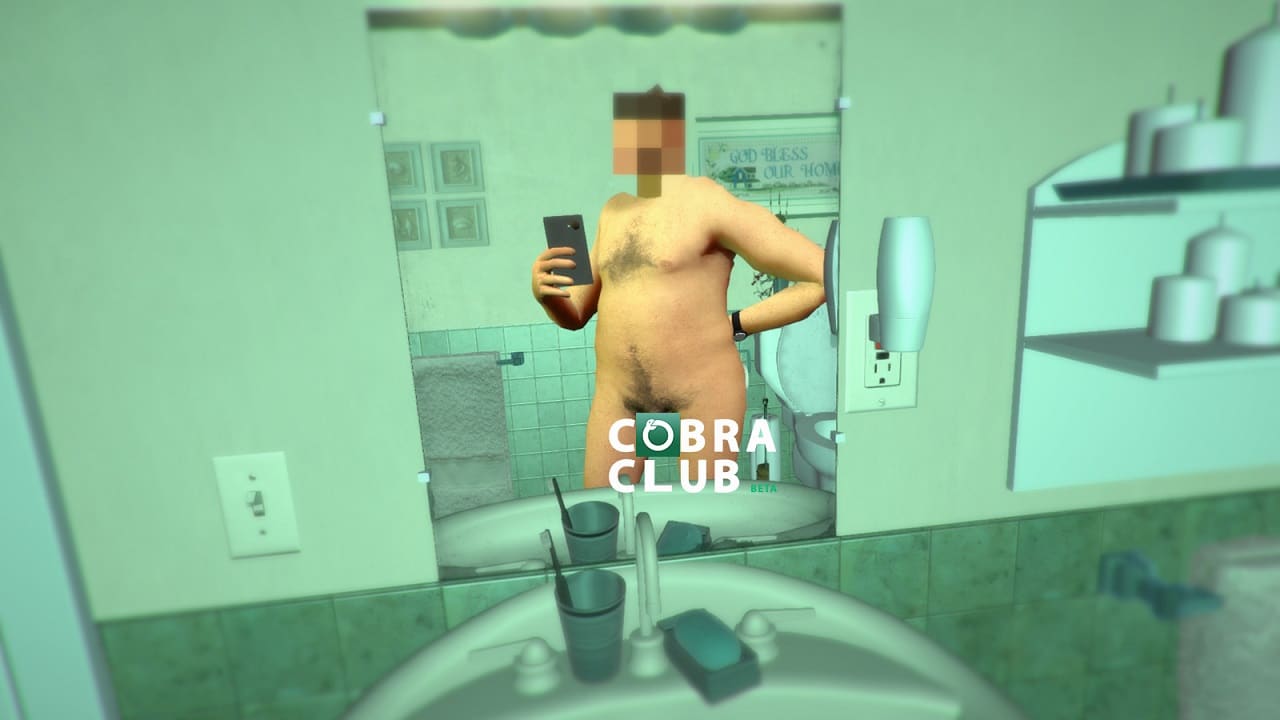 In Cobra Club you play a man stood in his bathroom taking pictures of his penis.

Mechanically, there's not much more to it than that. You can apply different filters to your photos, zoom in, change your character's skin color, and (in what is potentially the best slider ever featured in a game) adjust your character's erection.

However, as you take photos of yourself, chat windows start to appear. Other users of Cobra Club start conversations with you, asking whether you want to see their unbound trouser snake. They'll send you pictures, you can comment on them, and send back some of your own. The game is all about questions of consent and appreciation - to quote the game's creator, Robert Yang:

If selfies argue that all faces are worthy of memory, dick pics show how all cocks are worthy of consideration. In the vein of noble projects like Critique My Dick Pic, we wish to "take back" the dick pic from the clutches of creepy congressmen and tabloid headlines. Popular discourse rightfully centers the consent of dick pic recipients, but government mass surveillance (Can They See My Dick?) also threatens the consent of dick pic senders, as state spy complexes admit they "collect it all" with almost no oversight or transparency.

To help re-imagine what dick pics can do for society, Cobra Club gives everyone, even people without dicks, access to the means of (dick pic) production though a fully-adjustable virtual 3D dick and versatile camera controls. It is both no one's dick and everyone's dick. Perhaps the dick pic is democracy itself.

I really recommend giving Cobra Club a try. It's unlike any game you'll ever played. Below the next dick pic I'll explain why, but that contains spoilers, so if you're going to play, then head over to its site and download it. 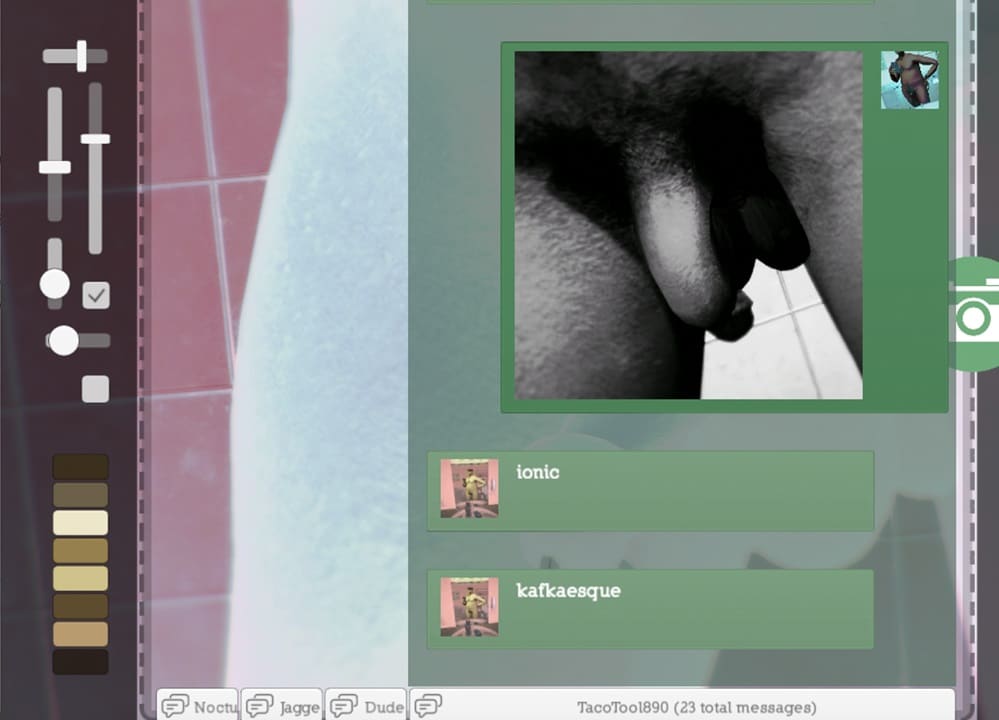 After a few conversations I'd started to settle into the dick exchange. Some of my contacts were letting me into secrets, teaching me where to find an advanced dick menu where you can change length and girth and how to unlock new filters for my camera when there was a knock at my in-game door.

It scared the crap out of me.

What was worse was the knock was followed by my mum asking what was taking me so long. Cobra Club made me feel so ashamed. After a few more minutes of conversations there was another knock. This time she said that she knew what I was doing in the bathroom. Again, a wave of shame.

This is exactly what Robert Yang, the game's creator was going for.

"Dicks pics are often composed in bathrooms because bathrooms afford two important things: a mirror, and guaranteed privacy," Yang writes in an accompanying blog post. "I attack this privacy in two ways:

"First, every 5 minutes or so, your mother will knock on the door and ask if you're doing okay. The fiction is that you're doing this in your mother's bathroom, with some "God Bless Our Home" needlepoint decorating the back wall. (I think it's kind of funny.) The Mom AI will leave you alone after about 20-25 minutes, but not after she hints that she knows what you're doing in there, because, well, a mother always knows."

Then, and I've not come across this myself yet, the government gets in contact with you.

"As the player takes more dick pics, and time elapses, the game secretly sends your dick pics to a server which posts it to a public tumblr," Yang writes. "(This server acts as a "middleman" proxy to anonymize your image uploads, and keeps no logs of its own.) After about 15-25 minutes, the player will be bombarded with messages about a government spy database "COBRACLUBB". Tumblr posts contain a dick pic, a partial chat transcript, and a hashtag of a username to show them all their logged posts. (For this reason, the game prevents users from typing in their own username, possibly sending identifying information to the tumblr. Players may only use generated usernames, for their own protection.)"

Yang's wants his game not only to convey the intimacy of a dick pic and why men send them, but he's also using it to highlight the invasive privacy issues organizations like the NSA and GCHQ represent.

For a full account of Cobra Club's mechanics and its inspirations you should definitely have a read of the full post. It's a fascinating deconstruction of the dick pic and the culture that surrounds them.