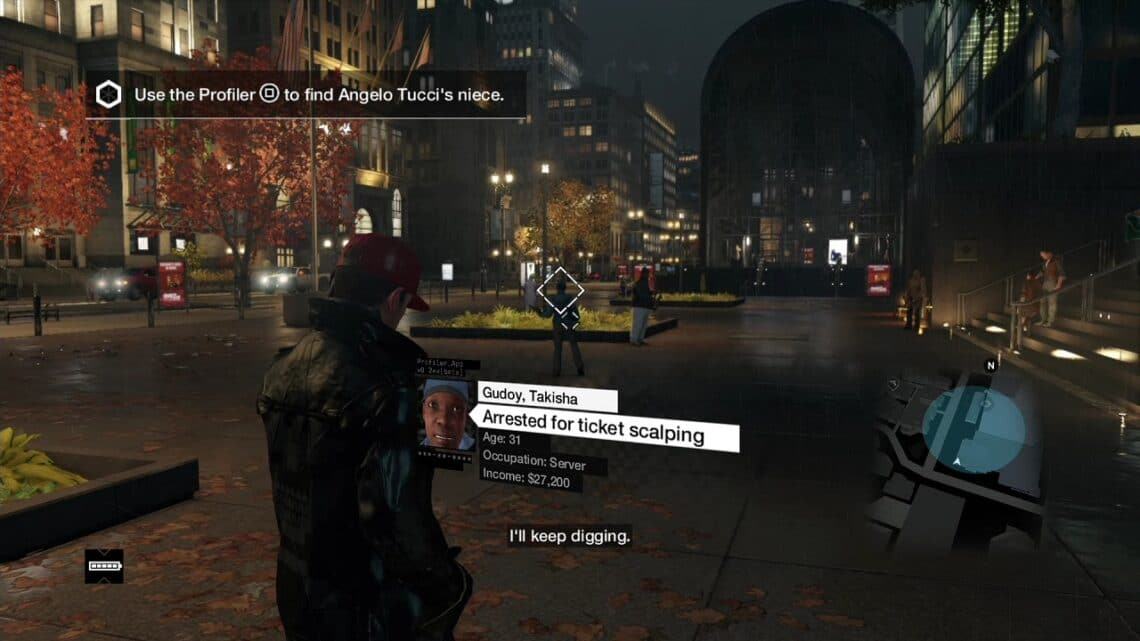 The buses and trains run on time. Your heating is automatically set to a comfortable, affordable level. No crime goes unrecorded and pollution levels are kept to a minimum. A smart city, driven by the Internet of Things, promises all these things, and it’s a vision recreated (and exploited) in Ubisoft’s new game, Watch Dogs. But is this merely a sci-fi vision, or a real glimpse at the future?

Back in March, UK Prime Minister David Cameron called the Internet of Things a “new industrial revolution”, pledging £73 million towards researching it. From small intelligent traffic management systems to large-scale energy infrastructure developments, the Internet of Things could be integrated into city systems at every level in order to economize and increase the efficiency of countless aspects of modern urban life. There’s money to be made here, and money to be saved, and London’s not the only city in pursuit of this sensor-driven, technological utopia — from Sydney to São Paulo, Beijing to Doha, it’s quickly becoming a priority for city planners across the globe. Milton Keynes, of all places, is becoming a hotbed of development in the area, set to become the first place in the UK to have a town-wide open access Internet of Things network within the next 18 months. 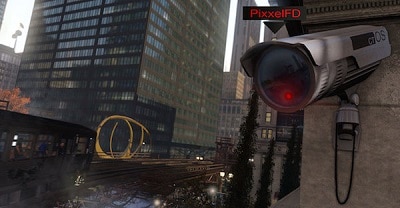 In Ubisoft’s Watch Dogs, it’s a very-near-future Chicago that’s taking the technological leap forward. Here, all major infrastructure is controlled by a central operating system (known in the game as the ctOS). Everything from traffic lights to bridges, fuse boxes to car-blocking bollards are run on a computer system, each networked together with the aim of creating an efficient (and easily-monitored) living space for its populace. It’s heady stuff, but not out of the question — rather, Ubisoft’s teams are looking towards the logical end result of a city reliant upon the Internet of Things.

“We are dealing with ideas that are looking ahead, like the smart city — no major city has smart infrastructure as complex as we’re producing in Watch Dogs,” said the game’s lead writer Kevin Shortt.

“But we want it to feel contemporary so people can better reflect on the fact that this stuff could happen in their world. We never wanted to come off feeling sci-fi.”

As with many ideas that first found their roots in fiction, real-world smart cities are taking baby steps towards what’s seen in Watch Dogs. Barcelona is among the locations leading the charge. It already has a scheme up and running called project XALOC where select parking spots around the city are monitored by sensors in the ground. These can tell when a parking spot is occupied and, by relaying the information to a central station over the internet, is able to offer real-time updates on available parking slots to nearby billboards. Similarly, some of the city’s bins are equipped with sensors to inform refuse collectors as to when they need emptying, whilst the parks system uses moisture sensors in the ground to monitor exactly when the city’s green spaces need watering — a system which government officials are hoping will reduce irrigation costs by as much as 25 per cent once perfected.

Elsewhere around the globe, Seoul, South Korea has massively improved the efficiency of its public transport systems by introducing NFC payments and radio-frequency identification systems, while its taxis are equipped with GPS technology to aid real-time monitoring of traffic and congestion. Boston, Massachusetts capital, has partnered with Schneider Electric to gather data from thousands of sensors across the city, installed in everything from street lights to public facilities in order to build up a real-time picture of the flow of its citizens and the activities they are engaged in, in an effort to improve public services. Similar schemes are being trialed all over the world.

But for every benefit, there’s a drawback — these so-called “smart cities” come with their own security and privacy issues. Driven by data acquired by sensors both ambient and personal, buying into the concept of a smart city also requires an open-palmed approach to the sharing of an individual’s data. An Oyster card allows Londoners to quickly move through the city’s public transport system, but also allows the authorities to track every station a person has travelled through that day, for instance. Networked surveillance systems allow police to respond quickly and effectively in times of emergencies, but mean that an individual’s personal, potentially-sensitive moments are also being monitored somewhere. Who has access to this data, and how can we guarantee it’s not being abused?

Likewise, there’s the potential for data harvested by smart cities and the Internet of Things to mathematically justify actions without taking into account indefinable, human sympathies and urges. If a park’s sensors note that nobody has visited it that week, should an “efficient” sensor’s suggestion to turn it into a much-needed parking space be heeded? And what happens when public services become so efficient as to fail to cater to human whims? Or to render large chunks of the human workforce obsolete? The suggestion of the replacement of human-manned ticket offices in the London Underground in favor of automated machines resulted in major industrial strike action — I for one would rather have a person to speak to should my Oyster card fail rather than an impersonal computer.

In Watch Dogs, these failings and vulnerabilities manifest themselves as the player’s ability to hack into Chicago’s ctOS infrastructure and bend it to their will. Taking the role of skilled and vengeful hacker Aiden Pierce, players are able to change traffic lights at critical moments to cause pile-ups, cause water mains to burst and remotely trigger security systems to create diversions — all from a smartphone. Having a phone as the game’s primary weapon will perhaps require gamers to suspend their disbelief, but everywhere else the Watch Dogs team has strived for authenticity. 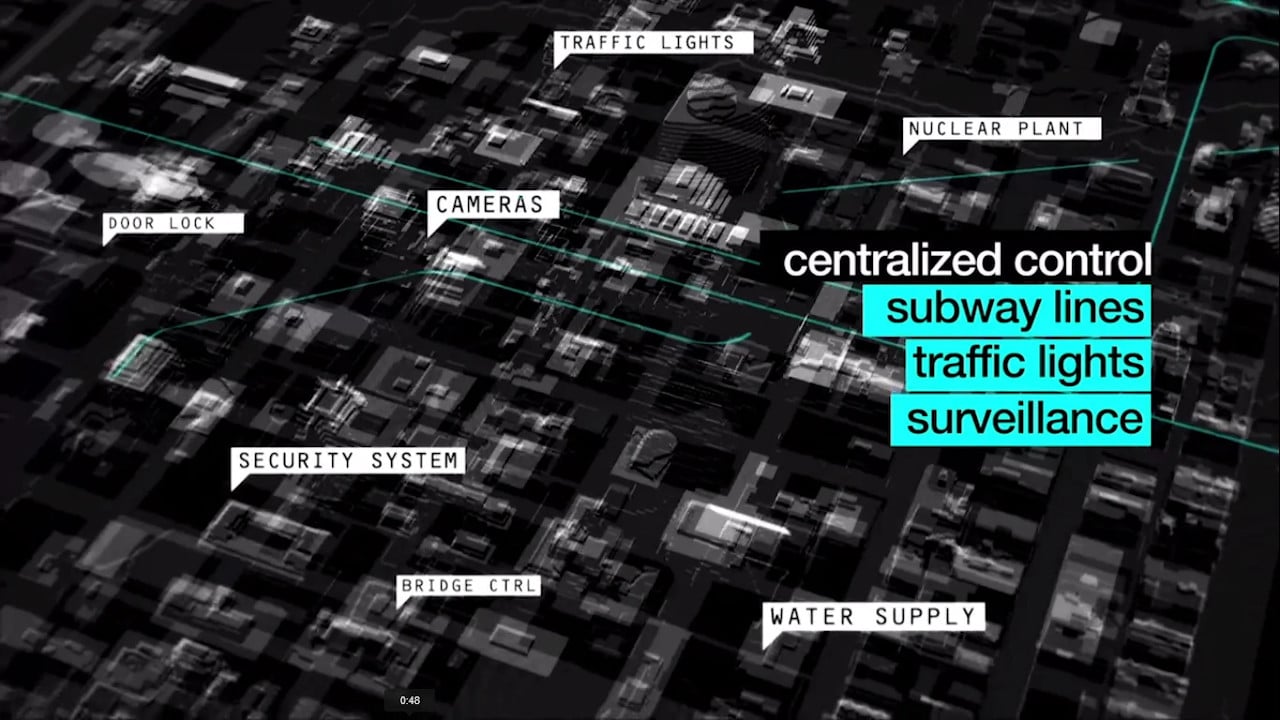 “We had to make sure that everything you do in the game was grounded somewhere in reality,” says Shortt.

“It can’t ever feel like superpowers — Aiden’s not a superhero, he’s a guy with a powerful tool. That was always key for us. We’ve consulted with the guys from Kaspersky Labs, and we had them look at the script. They were great, and they were able to tell us ‘yes, these things are possible’ or ‘maybe tweak this a bit and it’ll make more sense’. But they never came back to us and told us that something was absolutely impossible. They might have questioned how we were getting to what we wanted to achieve, but it was never impossible.”

“When we first heard about the game we were really intrigued: Ubisoft was pretty accurate in terms of predicting upcoming threats and how cities might look like in five or 10 years,” said Vitaly Kamluk, Principal Security Researcher with Kaspersky Lab’s Global Research & Analysis Team. 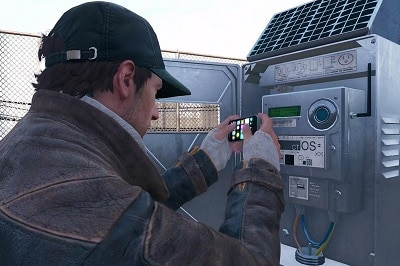 “Many of the in-game hacks have become reality already. The game conveys well what might happen if control over systems winds up in the wrong hands. You can seize this control yourself and see how it causes difficulties for people all around you. You can take it to extremes to bring chaos to the city. Your actions could even hurt or kill people.”

Benefits and potential drawbacks weighed up, should we fear or embrace the coming of the smart city? To fear it would be counter-productive, thinks Shortt, not to mention a waste of time given the pace at which the concept is progressing towards reality:

“I don’t think [the concept of a smart city] is frightening. I feel like it’s inevitable, frankly. We are going there, it’s going to happen. But I think there are a lot of questions that need to be asked before we jump ahead and turn a city into a smart city. We need to really think about security — who is running it, who is controlling it, who has access to it, how secure is it. There’s all those things we need to consider. But I think it would be great to have a smart city that makes everything more efficient — that brings your bills down, that makes your commute faster. There are opportunities to improve peoples lives with that. But there are risks. We need to be smart about it, we need to move carefully towards it.”