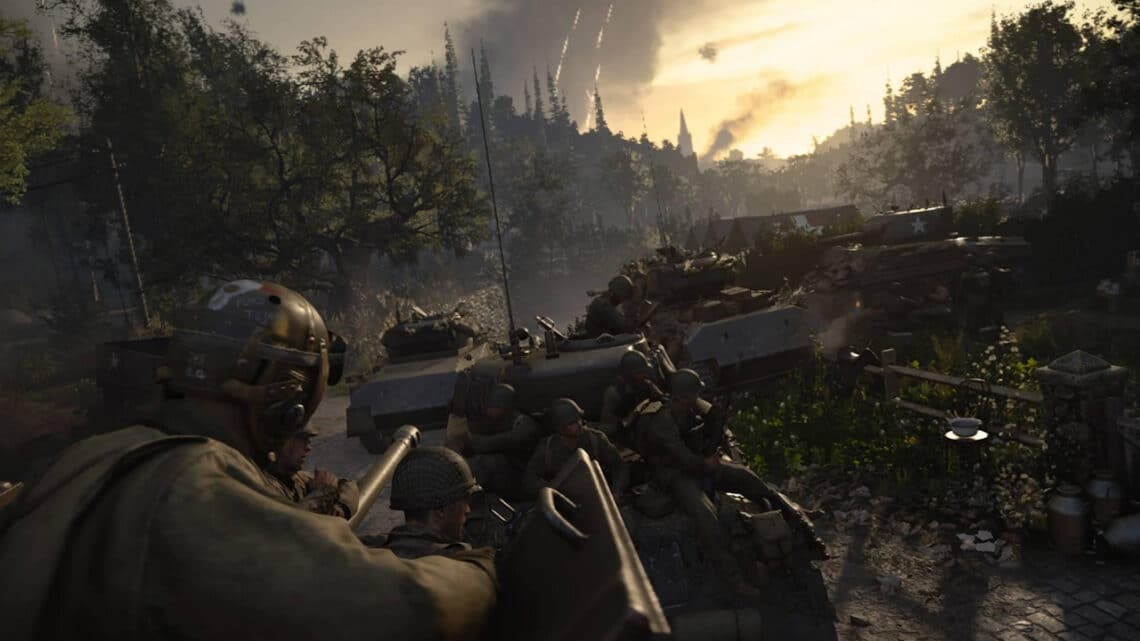 The makers of Call of Duty: World War II claim to be creating a “historically authentic” experience. The game is about killing computer renderings of Nazis for fun but in the realistically depicted setting of wartime Europe. One would naturally assume that this would allow for the display of Nazi imagery—but its makers at Activision have opted to scrub out the swastika.

Perhaps fearing a backlash from German censors, who often replaces swastikas in video games with fictional logos, or a backlash from perpetually sensitive social justice warriors who are triggered by the mere sight of the symbol, the developers replaced the swastika with the Schwarzes Kreuz, which dates back to the 19th century. New footage of the game released at E3 2017 depict the black cross instead of the swastika.

The developers may not want players to represent themselves with the Nazi symbol in online death matches—but there’s no good reason why it shouldn’t be used in the game. It’s strange for a game that claims to be “historically authentic” to omit what became the most infamous symbol of the 20th century, representing one of the worst threats humanity ever had to face.

Update: “Ultimately we decided that Nazi symbols like the swastika had a place in the campaign to be historically accurate,” said Michael Condrey of Sledgehammer Games in a new interview.

“We didn’t feel like it was appropriate there,” said Condrey of using the symbol in other parts of the game. “It’s a dark symbol and we have to be really respectful and mindful of customs and regulations of different territories and we wanted the whole community to play it together. You’ll see it in the campaign in a historical and accurate way but not in multiplayer and zombies.” 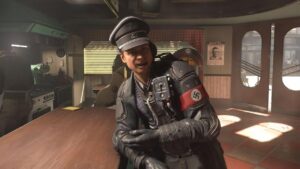 In contrast, Bethesda’s newly announced Wolfenstein II: The New Colossus, which features Nazis and the KKK as primary enemies, has the symbol plastered all over the game’s environments and characters. After all, they’re supposed to be Nazis.

Despite being set in an alternate timeline in which the Allies lost the war, Bethesda and MachineGames are not shying away from using the symbol to represent the Third Reich, which it depicts in brutal fashion. Its predecessor, Wolfenstein: The New Order, felt truer to life in its oppressive environments, emotional beats and portrayal of Nazi atrocities.

For all of Activision’s sound and fury about accurately depicting World War II, they’ve missed the point.