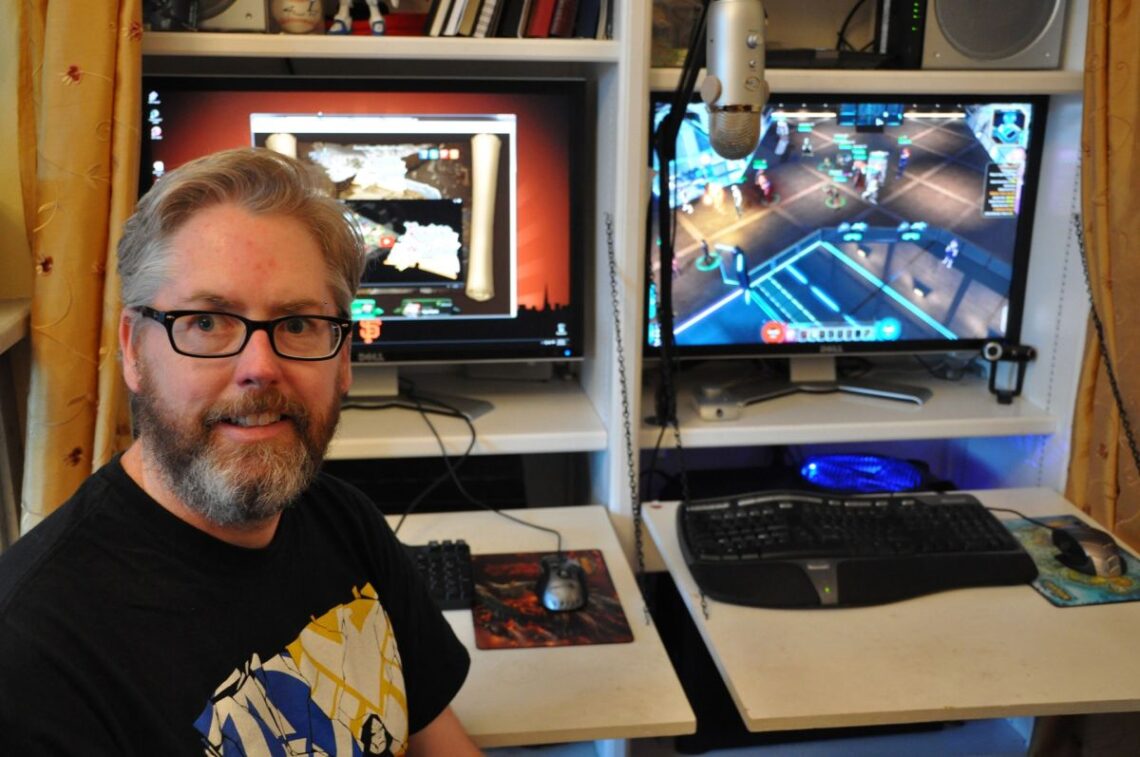 There’s no one else in the world who would know more about the company than the executives who used to work there, and they are now speaking out about the issues at Blizzard.

The studio has come under fire for its treatment of its fans following the announcement of Diablo Immortal — a mobile game that no one in the Diablo community asked for. As I described in my previous video, the studio has come into the habit of burning its bridges with the community by focusing on making money and less on delivering quality products. Blizzard appears to have lost its way, and the reason why has been elaborated upon by former leads at Blizzard.

The producer of Diablo 2 and one of the team lead of World of Warcraft, Mark Kern, was among the first to voice his concerns about the company. Following the announcement of Diablo Immortal, Mark Kern took to Twitter to call the game an example of the company “not understanding gamers anymore.” Kern, who has been a staunch advocate of the gaming community, responded to the backlash from game journalists who described Blizzard’s fans as “entitled.” 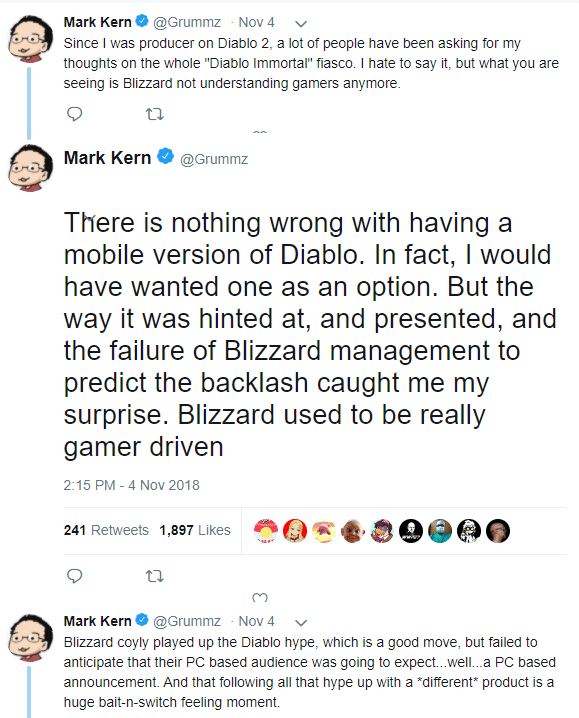 Kern didn’t hold back on his criticism of the NPC crowd, who alleged that gamers were opposed to the release of Diablo Immortal because they were bigots. Some members of the gaming press claimed that the reason why Diablo fans didn’t much like the idea of playing the game on mobile was because mobile games catered mainly to women and that they were incensed by women becoming a part of the Diablo community.

It goes without saying that this isn’t true. First of all, the idea that women make up the bulk of the mobile audience relies on data that’s based on the number of installs for casual games like Bejeweled and FarmVille, but the core demographic of Diablo—even on the mobile—would most definitely still be men. It’s not as if men don’t own phones. Secondly, the Diablo audience was less than thrilled about a new Diablo release on the mobile platform because of how long they’ve been waiting for a sequel on traditional platforms like the PC.

No one batted an eye to the release of Diablo 3 on the Nintendo Switch or the PlayStation 4 before that, so there’s no reason to think that Diablo fans are opposed to an expansion of the audience as long as they too are being catered to. As it stands, Diablo Immortal seems like a cash grab, farmed out to a Chinese studio for development. Had they simply announced a proper sequel alongside Diablo Immortal, or even teased it, there would have been little to no backlash. Just do what Bethesda did at E3 with the announcement of The Elder Scrolls VI.

Kern did not relent in his criticism of Blizzard. He wrote: 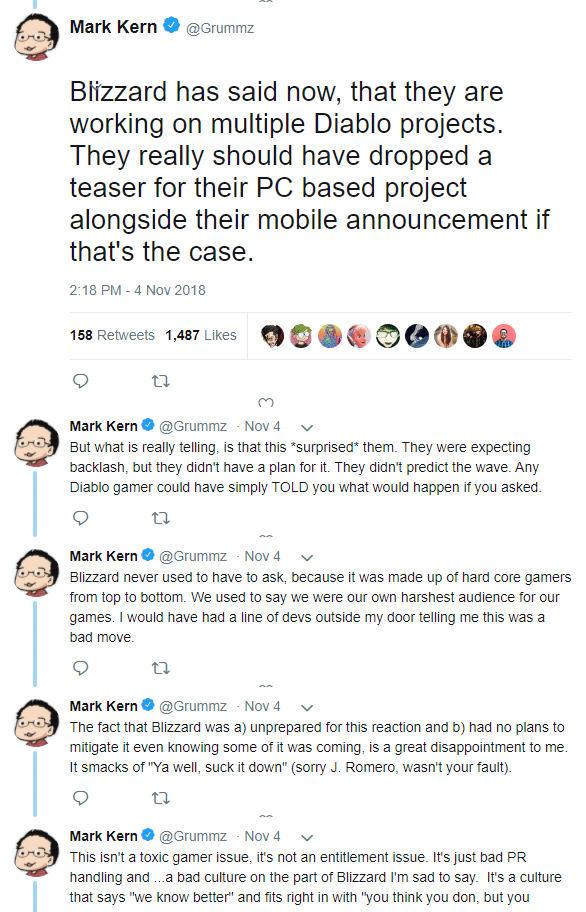 A company that was once gamer-driven now appears to be catering to what makes it the most money rather than building on the strengths that made it a successful studio to begin with.

The apparent disconnect between Blizzard and its audience isn’t something that’s gone unnoticed by other former Blizzard developers. Speaking on an October 5 livestream with his wife, Diablo series creator and former Blizzard North president David Brevik shared a conversation he had with other Blizzard developers, some of whom are still working at the company. Brevik talked about the problems Blizzard is currently facing, and why things are shaking up internally.

“’Overwatch’ isn’t ‘Fortnite.’ Why have you wronged us? Okay, we’re going to get rid of the [employee] profit-sharing program. We don’t like this,” Brevik said. “We don’t like the fact that low-level employees make decent money at Blizzard. We’re gonna get rid of this program because we need more profits to increase our stock price, and improve our shareholders and the elite 1% of the company.”

“And, so, therefore, you don’t like this very much, Mike Morhaime?” Brevik added. “Well too f—ing bad, you’re gone!”

He believes that the changes at the company emerged after the people above Blizzard’s executives were unhappy with the lack of profits being brought in by Overwatch, especially in comparison to Fortnite. Among the issues he brought up was the end of the company’s profit sharing program, which has led to an exodus of employees. Some of this information is public knowledge, but very little—if any—of it has been publicized.

Brevik was certain to clarify that his comments were speculation, and that there is no confirmation that Mike Morhaime’s recent departure from Blizzard was related to the company’s internal issues, but new evidence provided to YouTubers like The Quartering show that morale is at an all-time low at the company, prompting some to leave the company.