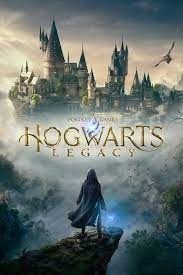 do not buy Hogwarts Legacy, it's wrong. pirate it instead. do not support.