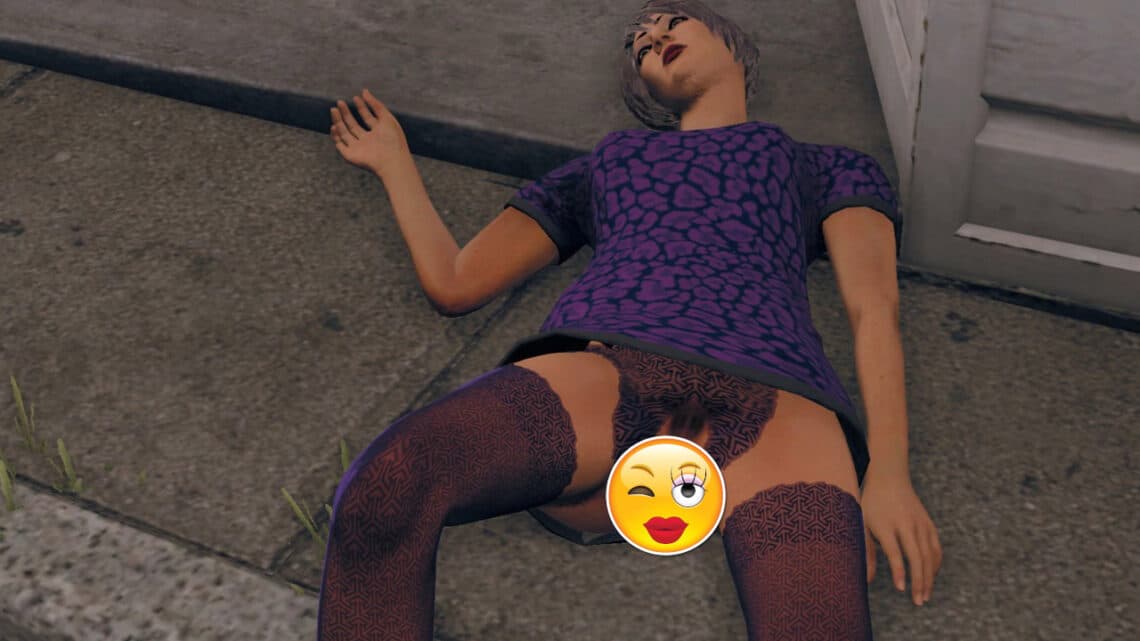 So, it turns out that Watch Dogs 2 has fully modeled vaginas on some female characters – something that slipped through certification. However, if you take a picture and share it to prove that these vaginas do in fact exist then Sony will temporarily ban your account.

So, here’s a little Public Service Announcement from me to you: don’t share Watch Dogs 2‘s vaginas.

Over on NeoGAF, Goron2000 tells how he was sent his copy of Watch Dogs 2 early and claims he has discovered that some of the female character models had fully textured genitals:

I received my copy of Watch Dogs 2 on Saturday evening due to a mistake on Amazon Prime Now and I’ve been having a great time with the game so far. On Sunday evening I accidentally blew up a few women in a back alley with a gas pipe and then I saw *it*; someone at Ubisoft had rendered a full vagina on one (or maybe more) of the females in the game.

Goron then went on to share a screenshot of the vagina from his PlayStation and came back to the game the next day to find he’d been banned from using the game’s online features. In an email, Sony explained that his image had broken its code of conduct:

We’re writing to inform you that your Sony Entertainment Network account has been temporarily suspended.

We’ve made this decision based on your online activity in Live from PlayStation on 14-11-2016.

Content of an adult or sexual nature is against our Code of Conduct.

The suspension will last 1 week and will be lifted on 21-11-2016. You won’t be able to access online multiplayer, PlayStation Store and other network features until the suspension is over.

We take the decision to suspend an account very seriously, and we only do so after one of our moderators has carefully analysed the situation. PlayStation Support therefore cannot overturn this moderation decision.

We ask all our players to act decently, respectfully and with consideration for us and other players while using PlayStation Network. To make sure you understand the behaviour we expect from our community, please review the Code of Conduct here before returning to PlayStation Network. Please be aware that any further breaches of the Code of Conduct may result in a longer suspension or even a permanent ban.

On Twitter Swizzasaur also claims to have suffered the same fate after tweeting a screenshot proving that there is indeed a vagina in Watch Dogs 2: 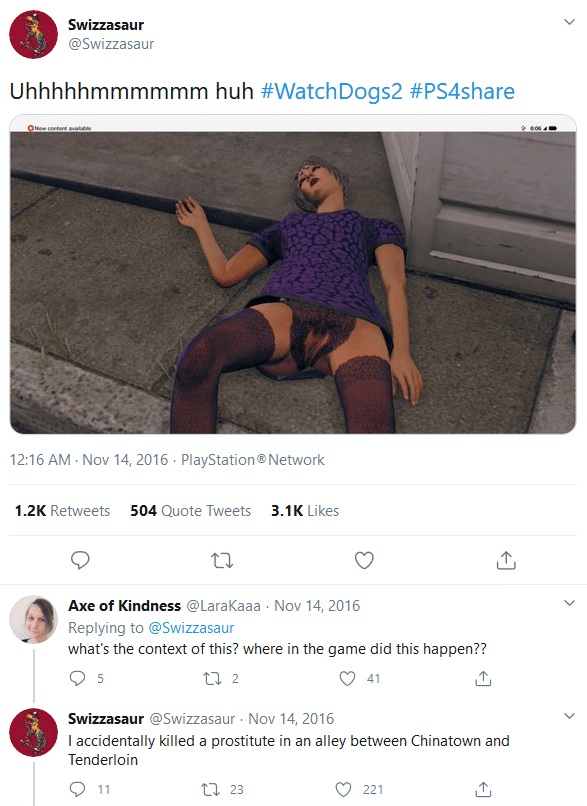 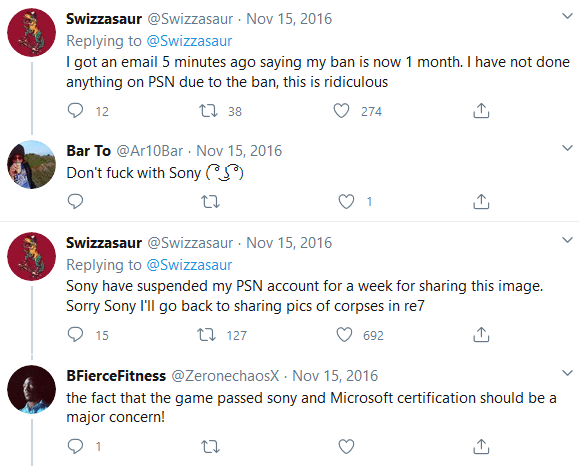 It seems bizarre that Sony would ban you for taking a screenshot of something that appears within one of the games it allows on its platform. But that’s vaginas for you, something that must be hidden away under pain of the banhammer.

Until Sony accepts that vaginas are totally a thing that some people have, it’s probably best not to share any screenshots of them you might take in Watch Dogs 2.