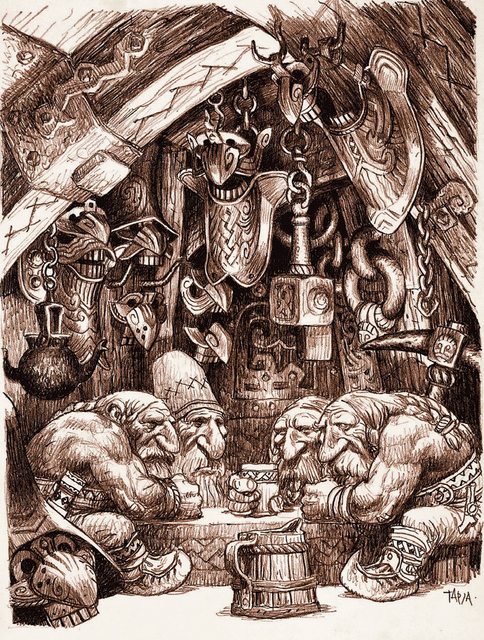 Which style of dwarf settlement do you prefer?

Option A: Dwarf Halls. A main gate leads into a large underground avenue carved straight into the mountain. While there may be some natural caves interspersed, the overall structure is planned and artificial. The dwarf hall is all one super building. Homes, facilities, and stores are essentially rooms and are all connected via the dwarf hall(s). Examples: Erebor, Moria

Option B: Inside naturally occurring caverns. A wide open space underground where a settlement might develop similarly to a real world city. Unlike option A, there is something akin to an “outside space” with distinct buildings and streets. Phenomena like stalagmites, grottoes, and mushroom forests might surround the city which is cool, but might also make the city more vulnerable to scary things that live in the dark.
Examples: Blackreach from Skyrim