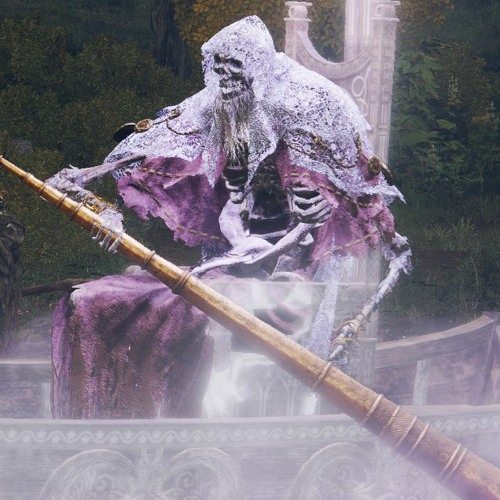 Expect an announcement within the next week for the first and only DLC for Elden Ring. It's themed after some sort of afterlife and contains a new open world map separate from the overworld or underground. The entirety of it seems about half the size of the Elden Ring overworld, can't say for sure. It has very visually distinct areas but shares a fairly common aquatic theme throughout. There are an honestly impressive amount of bosses, about a third of which seem to be equivalent to "main" bosses. There is also a "warriors from a past life" theme going on, some of the bosses are references to other games. One of them is a "spider-themed" knight that I have been told is King's Field reference. I am not sure if these fights are simply homages or the actual characters from these games.