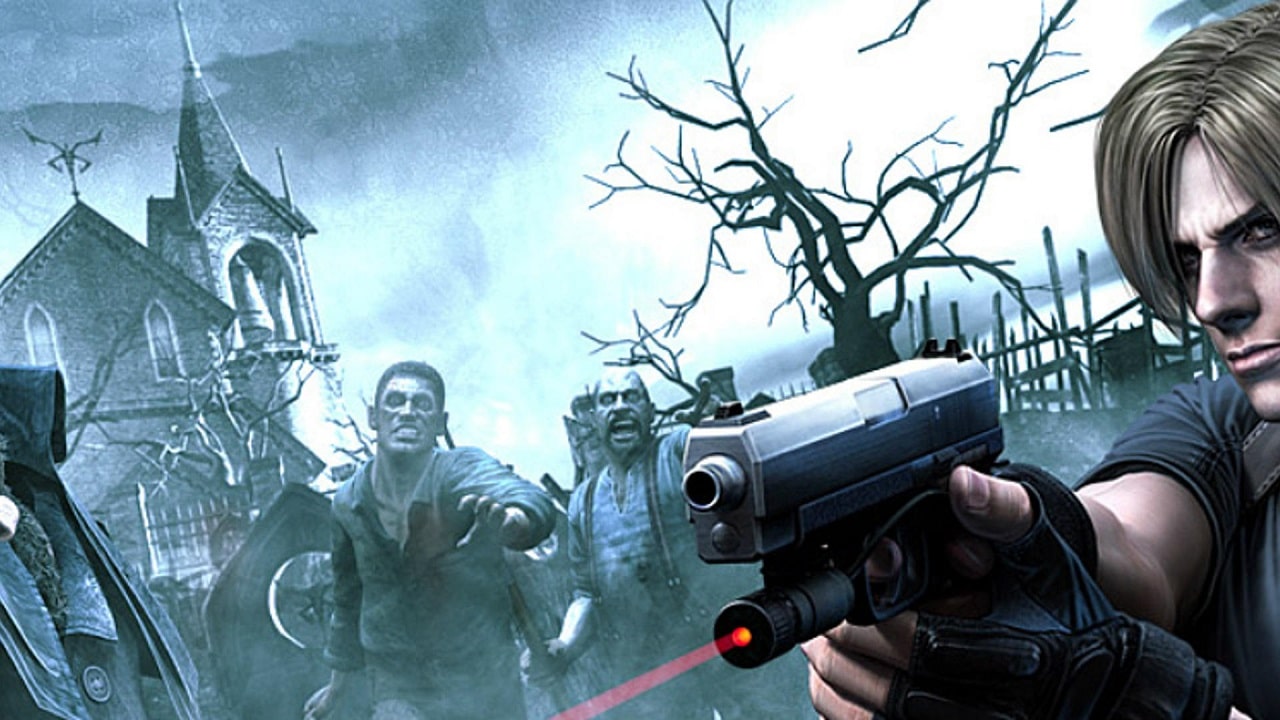 Modern games don’t tend to attract the same kind of timeless love as their 2D ancestors. Part of that, surely, comes from the fact that 2D is just a lot easier to work with, and designers more or less mastered the form pretty quickly. Mario and Mega Man are easy for just about anyone to pick up and understand. With three dimensions, you have to work through layers of abstraction. No longer are you moving a figure through a flat space, you’re working through a window into a pixelated world.

Super Mario 64, Nintendo’s first big foray into 3D games, came with a lot of problems that its 1983 forebear didn’t. Controlling the camera, for example, in SM64, is a pain in the ass. Levels will often shunt your view into an awkward angle, and it’s tough to internalize the limits of its world. Now we’re just hitting the point where some of the second generation 3D games have been around long enough for us to have a good idea of their longevity and importance in gaming history.

Resident Evil 4, now in its 11th year, just saw another re-release for the Xbox One and PS4. It is without question one of the most praised games in history, but so was F.E.A.R. and you don’t see that getting trotted out every so often as one of the all-time greats. At the time of its release, games criticism hadn’t really come into own. Reviews praised realism and enemy design, without ever delving into what exactly makes a game that’s as campy as Rocky Horror shine. 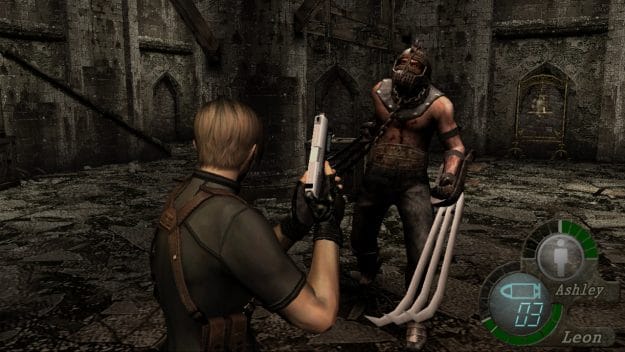 And that’s just it. Resident Evil in general, and RE4 specifically, were never meant to be the kind of high-concept, creeping horror you get from something like Alien. They’re schlock, and RE4 goes out of its way to ham it up.

Some of the earlier games in the series are played mostly straight. They’re corny and a little over-the-top, for sure, but they aren’t patently ridiculous. In RE4, however, it’s normal to see a 3’6″ castellan fuse with a monster and a massive plant creature to become a 100-foot long horror. Moments after you fell that beast, you’ll have a phone call with the Big Bad where you exchange snide quips. It’s gloriously indulgent self-aware camp, and hilarious on its face.

But it doesn’t start out like that. Before you’re mixing it up with body horror monstrosities, you’re in a quiet villa in the Spanish countryside. Every scene is played mostly straight, with only a handful of one-liners to let you know how insane everything will get down the line.

Those first few levels are packed with brooding, foreboding atmosphere. Every step is an anxious one as you carefully manage your ammo, money, and healing items in the face of some tough enemies. These zombies (yes, I’m calling them zombies, get over it) can take off a third of your health with each hit. Others, like the chainsaw-wielding Dr. Salvador, will decapitate you in one go. These sorts of foes and the scarce resources at your disposal encourage more thoughtful play. 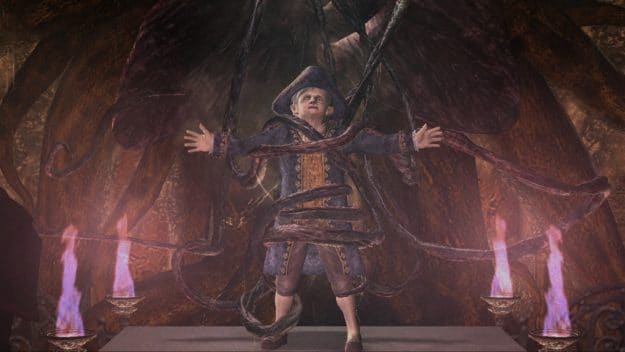 You can blaze through the game trying to shoot everything in the face as you would in a standard action game, but that just makes some later sections insanely tough. Instead, you’re meant to use the environment to funnel enemies and control their approach — as you would during an actual zombie apocalypse. By controlling how and where you’re vulnerable, you avoid spray-and-pray style tactics and limit waste.

It’s a small addition, but it’s a brand of environmental puzzle solving that has a stunning amount of depth, especially given how hokey everything else is. At the same time, it’s a clear nod to players that the designers know what they’re doing. It’s all a big, masterfully crafted joke with a wink to the audience.

Games like this don’t get made anymore, at least not in the same way. Resident Evil 4’s approach to environmental combat has been picked apart and repackaged in just about every modern action game imaginable from Gears of War to Call of Duty. But they miss the essentials, the tactical depth that made that kind of combat meaningful. Even Resident Evil 5 and 6 didn’t quite get it. More recent action games are all so self-serious that after some stunning flourishes, they botch the landing.

This kind of misinterpretation is common in media of all sorts. We’re seeing it now as the DC Cinematic Universe struggles to keep pace with the movie making monster that is Marvel. Usually, when something is successful, it’s not by accident. And it pays to dig into how all of its pieces fit together into a larger whole so that you don’t end up grasping desperately at unearned brilliance.