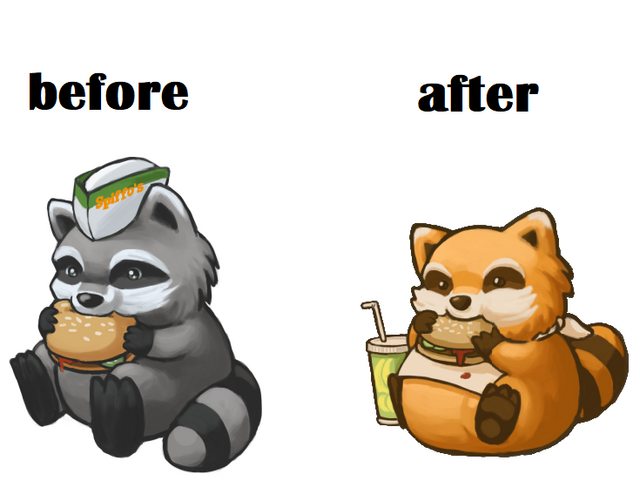 >Spiffo is the overly adorable racoon that also acts as the Project Zomboid and The Indie Stone mascot. The creation of Marina Siu-Chong, Spiffo has had many alterations over the years. He is beloved, adorable and awesome. But not so long ago he was not, he was a serial killer that stole the souls of his victims to gain their life essence and further proceed his evil plans to rule the zombo world.

imagine adding a reference to a character in another game you made, into your current game as a mascot for a burger joint. imagine you change nothing about the character to make them fit the world, and even change them into a redpanda while also calling them a raccoon. then imagine you make them the official mascot of your current game, and write the above text as a bio.