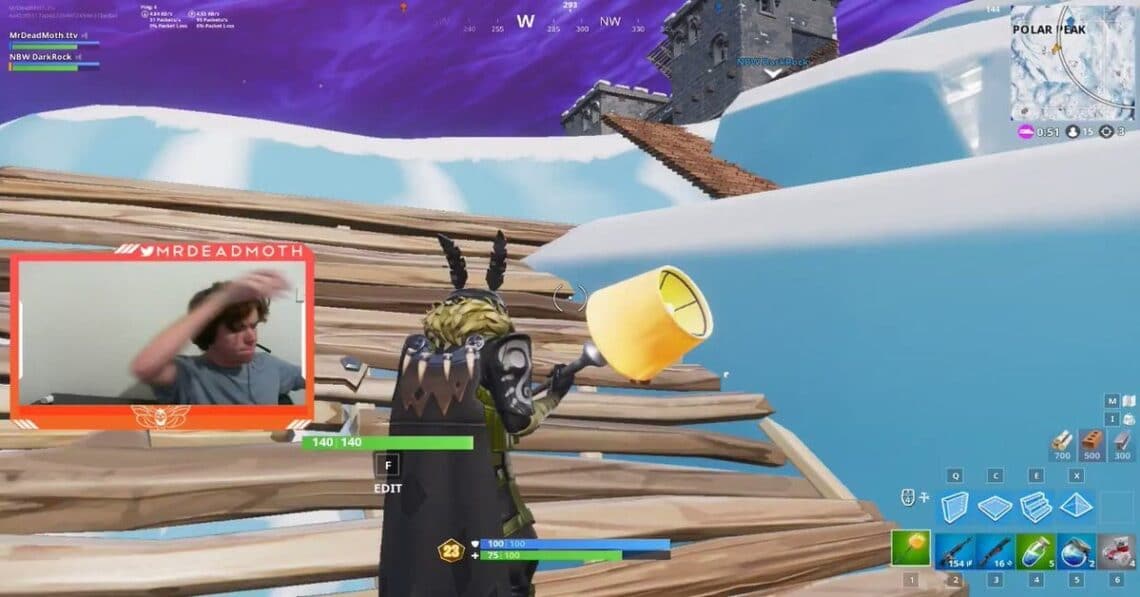 26-year-old Fortnite streamer Luke Munday, who goes by the handle MrDeadMoth, has been arrested and served with an Apprehended Violence Order after getting into a domestic violence situation with his wife during a livestream.

In the video, embedded below, MrDeadMoth is seen sitting in front of his computer and attempting to play Fortnite while his wife is nagging for him to stop playing. When he refuses, she starts throwing household objects at him. After several minutes of drama and approximately 50 assurances that he’ll “be out soon” — which quickly turned into a meme — he is seen getting up and leaving the computer. The audience then hears MrDeadMoth slapping the woman.

There is no indication at this time that the wife will be charged for initiating the domestic assault.