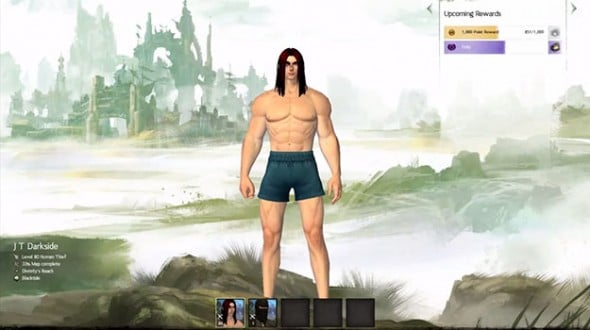 Aside from feeding that loot treadmill addiction so you can stave off delirium tremens for just one more night, arguably the best part about playing an MMO is that it’s a growing, ever-changing, living world. In MMOs, players will often affect the game in an way that’s so big — through creating trends that sweep through the community, or by exploiting certain game systems on a grand scale — that the developers take notice, like with Destiny’s now-canonical loot cave. Recently, a hacker was terrorizing ArenaNet’s Guild Wars 2 until the game’s player community gathered their own evidence on this player’s misdeeds, reported it to ArenaNet, and had the hacker’s character put to death in a public display.

The hacker, named DarkSide, was notorious for using exploits to teleport around the game world, deal a staggering amount of damage to other players, and survive attacks from groups that specifically teamed up to take him down. Unfortunately for the player base, hackers aren’t playing by the in-game rules, and in-game actions wouldn’t put a stop to his antics. So, the players recorded evidence of the hacks, posted them to YouTube, and got the attention of ArenaNet’s head of security, Chris Cleary.

Cleary confirmed the illegal actions on the Guild Wars 2 forums, and exacted justice.

Cleary took over the hacker’s account, stripped the character naked, walked him to the top of a city parapet, then forced him to jump to his death. He even recorded the death on video (seen above) and uploaded it to YouTube to return the favor of the community doing the same in order to document the hacking as evidence in the first place. Of course, dying and respawning is a part of MMOs, so to prevent the hacker from causing more harm, Cleary deleted his characters and banned the multiple accounts he owned. Sweet justice.