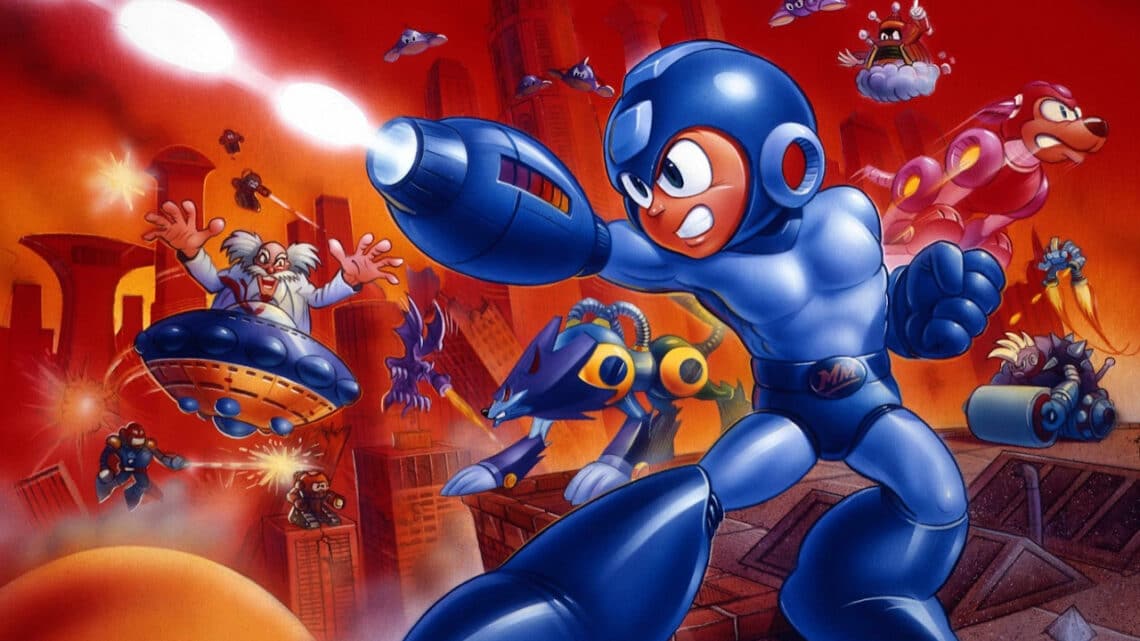 Gamers are right to temper their expectations for new games. Given how disappointing some of the most overhyped titles, like the recent No Man’s Sky, have been, the cynicism is warranted. But no one expects a game they’re looking forward to playing to become subverted with notions of “social justice.”

Action games like Mega Man have never imparted any sort of political message apart from overly simplistic notions of good versus evil—standard video game stuff. Fans enjoyed these games not just for their gameplay, but for their simplicity in storytelling and straightforward design.

When Mighty No. 9 was announced in mid-2013 as a spiritual sequel to the Mega Man series by one of its creators, Keiji Inafune, fans were ecstatic about experiencing the classic Japanese side-scrolling action that it promised. The team at Comcept, Inafune said, would be comprised of veteran Mega Man developers who understood what made the classics tick.

Enter Dina Abou Karam, a fan-turned-Community Manager who jumped onto the scene during a controversy involving a genderswapped illustration of its male main character, Beck. Across her social media accounts, Abou Karam was vocal about making the main character a female. Some fans expressed worry when it was announced that she would be the game’s Community Manager.

By looking through her public timeline, fans discovered that she had never played any of the Mega Man games despite claiming on the forums that her favorite title had been Mega Man X. This only compounded the fans’ fears that Abou Karam would have an undue influence over Mighty No. 9’s development without any past knowledge of the games.

The debacle was blown out of proportion when Abou Karam started to actively censor the game’s backers as they asked questions on the forum. She also took the step of blocking these voices on Twitter.

As outrage over the game’s direction reached a boiling point, a producer at the studio was forced to make a statement regarding her involvement with the game’s design. The producer assured fans that Abou Karam would have no sway on its creative direction. The developer went on to state that she wouldn’t be contributing to the design of any robots, levels, or programming, or changing the game in any way from what the core creative team wants.

Released earlier this year, Mighty No. 9 was met with poor reviews and equally bad reception from its backers. It’s currently sitting at the bottom 7.1% of games, with only 2% of critics recommending it to their audience. It’s an objectively bad game, and its PR problem with Dina Abou Karam was only a small fraction of what went wrong with it.

Several of its members, myself included, inquired as to what really went on at the studio. Abou Karam replied that her Japanese employers at Comcept had a sexism problem and that she worked hard to change things in the game.

As the logs reveal, Abou Karam had every intention of subverting the game with her brand of social justice—as if making the game’s primary antagonist into a “black woman presenting androgynous” represented some sort of step forward for progressivism.

Abou Karam went on to complain about the game’s “trademark Japanese sexism” and claimed that going “full feminist” after receiving criticism from the fans worked out well for her in the end.

For her part in censoring the game’s fans, Abou Karam stated to the CON chat group that her detractors were “abusers” and that the only reason they were outraged was because she wanted to make a playable female option for the game’s main character before she was hired on by the company. This is factually incorrect, as fans raised a multitude of concerns not relating to her fan art.

Beyond that, Dina Abou Karam herself bragged about injecting feminism and social justice politics into the game, despite contradictory claims by its developer. Gamers who expressed their concerns over Mighty No. 9’s development were right to be concerned. The logs vindicate them for having those fears.