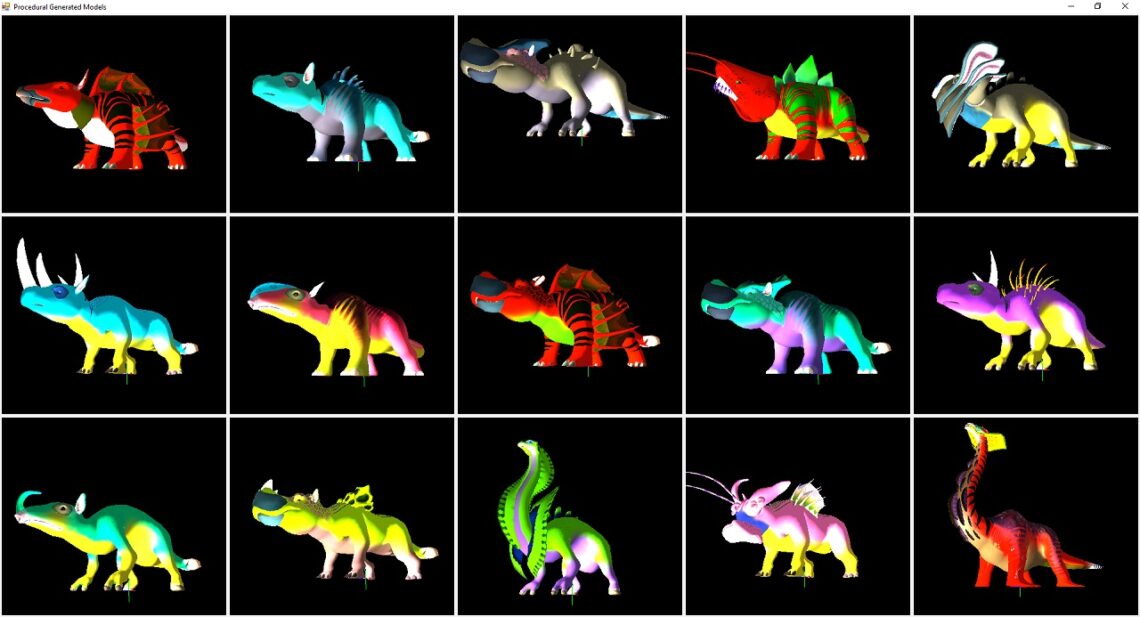 Programmer Greg Waste has been tinkering around with No Man’s Sky, and in a post on his 3DDevBlog goes into detail on how the game is procedurally generating the inhabitants and features of its world. One of the game’s achievements is generating its universe and the many possibilities therein from a relatively small set of assets. 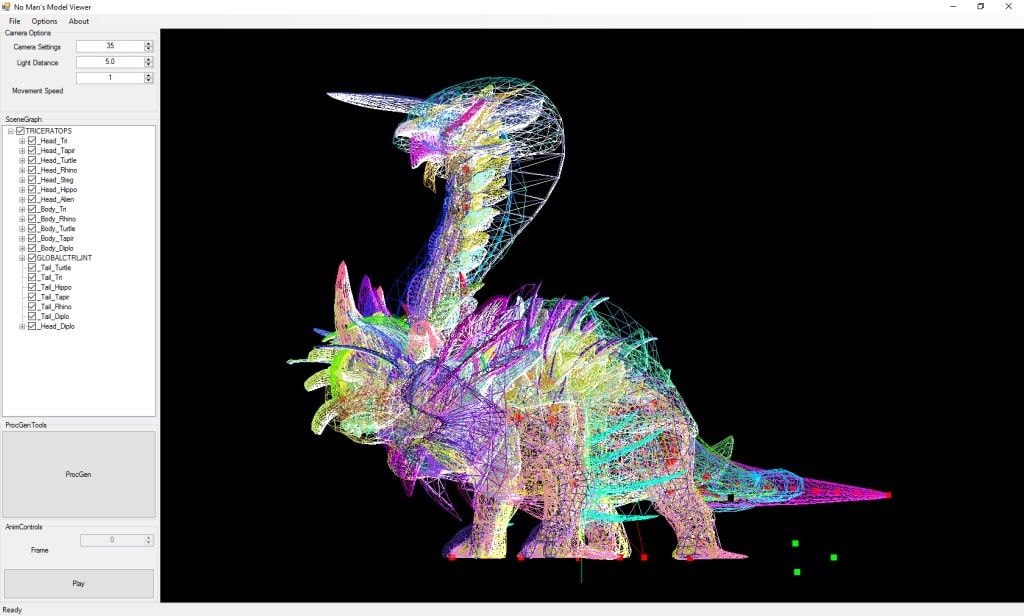 The above image, taken using Waste’s own 3D model viewer, shows the opening stage of a 3D model – essentially the psychedelic mess above is the cluster of possible forms the creature could take. As the blogpost goes on to explain, with examples of the code used, the game then chooses ‘main’ features which set parameters for the subsequent choices. 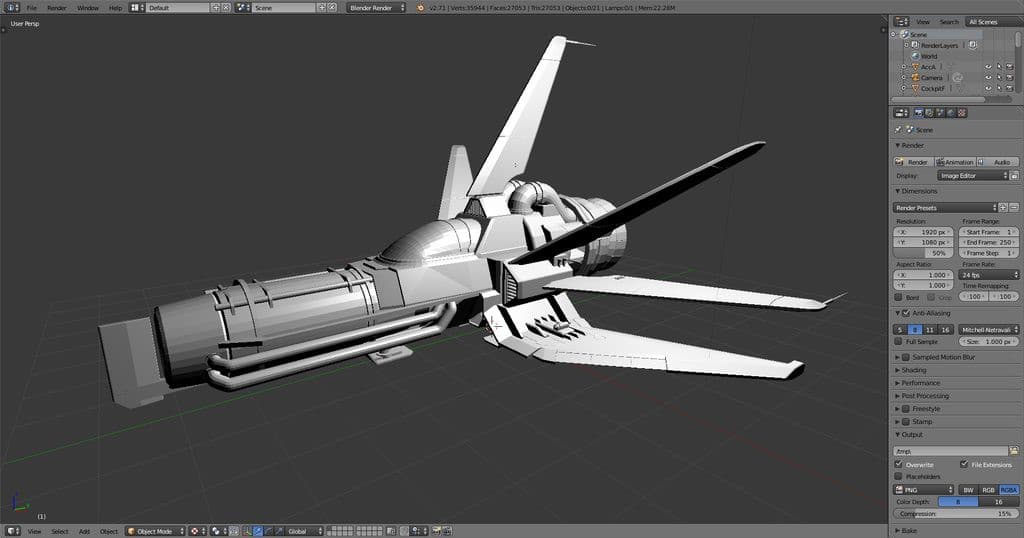 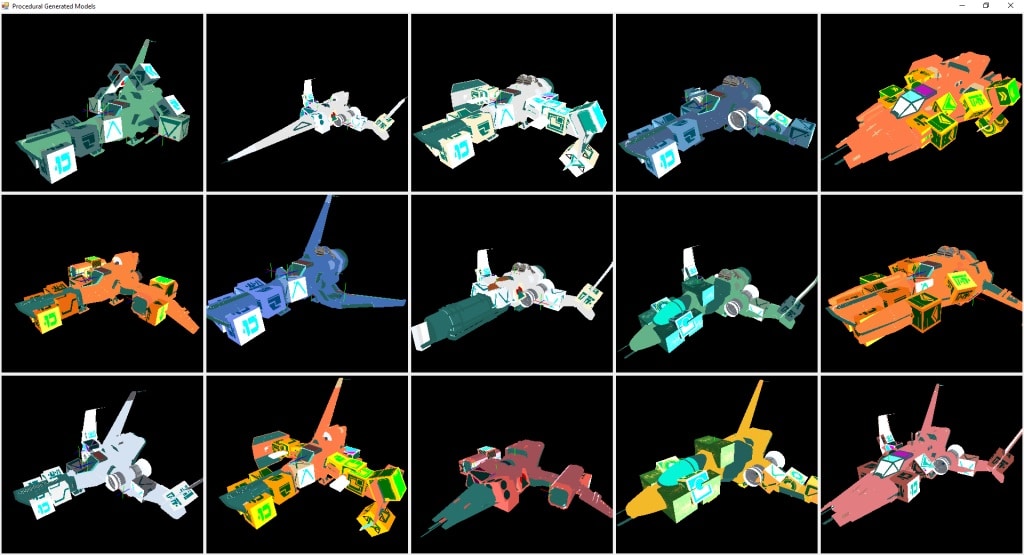 And here’s where it can go.

The whole post is a great read, even if you’re not technically minded, because it asks and answers the right kinds of questions – and along the way points out surprising details, such as the colours of creatures being designed to complement the colors of their environment (a”genius technical trick”). 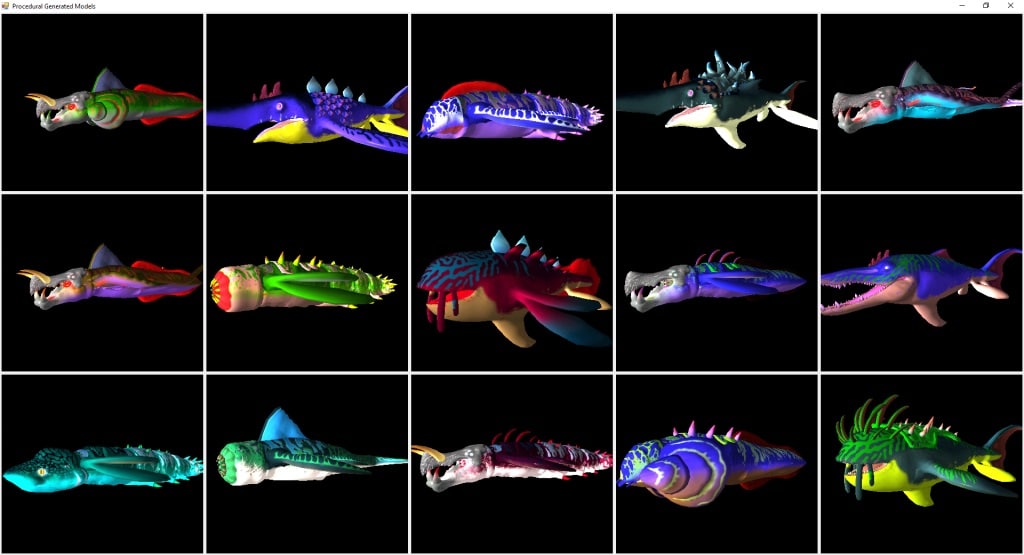 Greg Waste is looking at No Man’s Sky purely from the perspective of reverse-engineering it: how did Hello Games build this, why is it a technical feat, and what do the innards suggest for the game’s future? “[The] engine has so much potential and I just can’t stop thinking the game we would have if this engine was at the hands of a much larger game studio. Even with those initial asset limitations I’m still satisfied with the creature variations that we can get in-game (I do believe though that with some proper tuning we can get even more, from existing assets).”

“The content that NMS’s engine creates for a system with 2-3 planets exceeds BY FAR the assets you may see in ARK for example. And of course nothing will be 100% perfect like all the dinos in ARK, but that’s the beauty of it. It’s an engine that can create the most gorgeous and majestic creatures, and at the same time the lamest creatures ever [to exist] in a video game. This is why I bought the game, and this is what I love about the game. I live for that moment [when], after exploring all that boring stuff, suddenly I land on the most beautiful planet I’ve ever seen.”

[…] quintillion planets, there’s basically only five repetitive things to do on each one. You scan plants and lifeforms to add to a database, find monoliths to learn alien languages, trespass on alien’s homes and […]