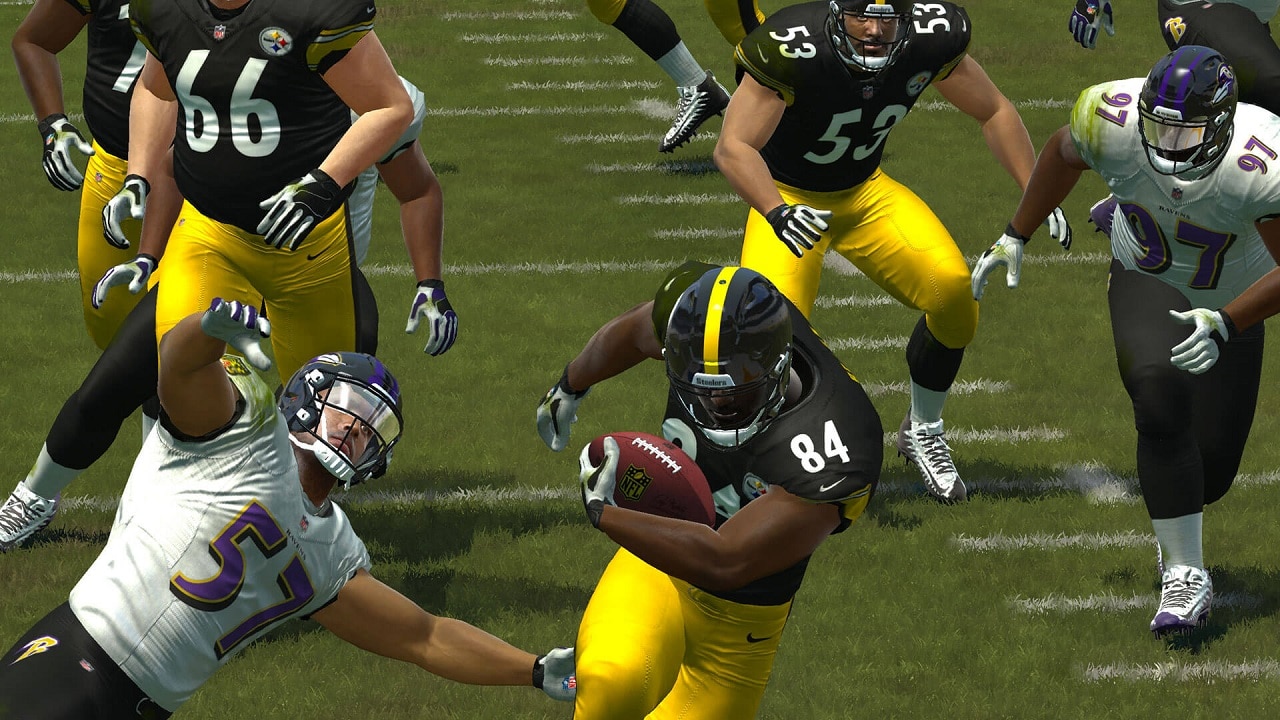 Sports titles are unique in the gaming world: they have to accurately recreate  real life situations. Whether it’s football, rugby, or pro wrestling, the game needs to show players a situation they might see every week on television. It needs to mimic exact camera angles, sounds, and commentary. The onscreen characters need to move in just the right way, and controls have to be intuitive. If you screw up, players will know instantly.

Here are the parts of a sports game that can make or break it. 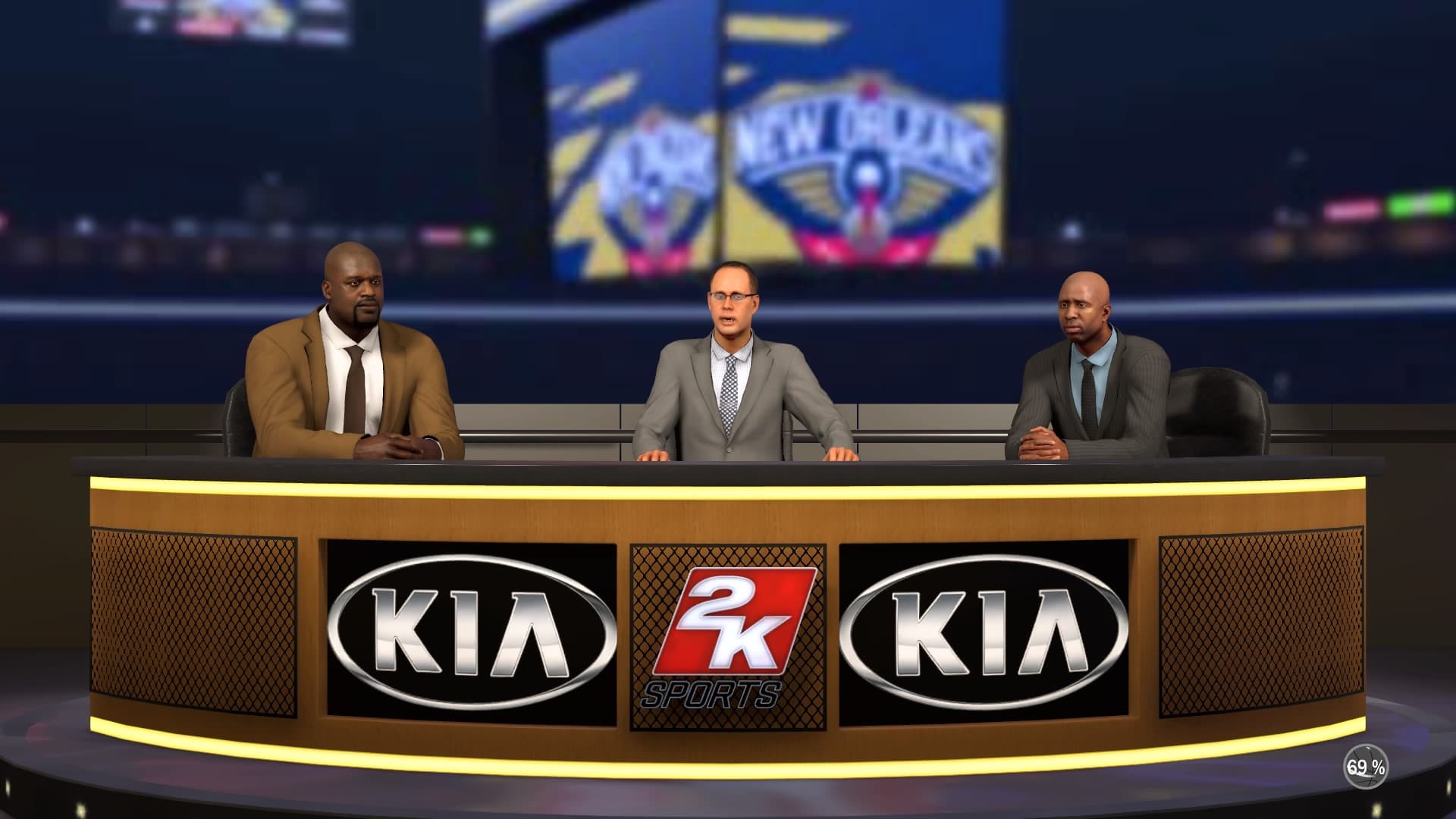 This is possibly the most important passive aspect of recreating sport in a videogame. Even if what you’re looking at on-screen doesn’t match a TV broadcast, the commentary needs to be spot on.

The three Rs of sports game commentary are: realism, relevancy, and non-repetitiveness.

Realism is the easiest aspect to cover. Most big games hire the same crew of actual broadcasters to read the lines each year. As they’re the pros you hear every week during matches, it sounds real. The remaining Rs are much harder.

Relevancy is all about how the commentary engine works. I was playing Madden recently and managed to break a tackle, which sprung my player for a 70 yard run and a touchdown. While this was happening the commentators were prattling on about some inane anecdote rather than the on-field action.

Not to mention that this was the third time I had heard this anecdote; when you play franchise mode the commentary runs out of things to say about certain players. You may also hear the same “great shot” or “what a huge tackle” a few times. While real life commentators may have some well worn cliches, they don’t usually say them back to back.

When those three Rs are done well, it can feel like the announcers are really commentating your game. FIFA is a great example of this. There is a two man team with a third on-field announcer who reports substitutions and relays scores from other matches. Best of all, the play-by-play guy will interrupt if the on field action warrants it. 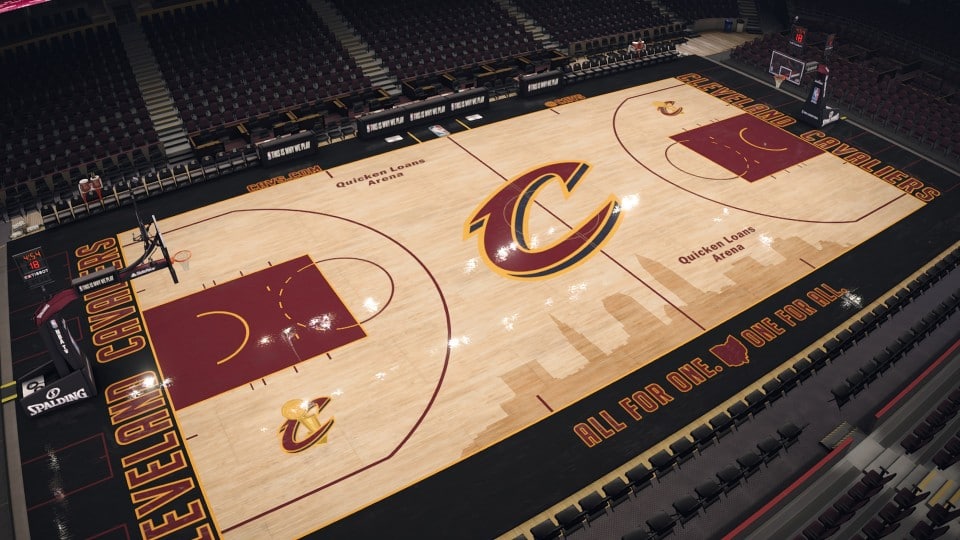 Now for most games you can change your viewing angle to exactly how you want it. But nearly all of these option include a “broadcast mode”. A large number also require a view from the player’s perspective, otherwise the game would be unplayable (F1 is a really good example of that).

But mostly the view you get is a facsimile of the TV broadcast because that’s how we usually watch sports. This isn’t just during gameplay, but also during timeouts, and cutscenes.

Some go so far as to cut to fake ad breaks. Between each inning of an MLB: The Show, you are treated to a full fake baseball broadcast; from pre-game field reports to post-game interview shots. If you put the controller down and don’t do anything it will even play footage of players mucking around, like a regular baseball match does during long stoppages. The detail in MLB: The Show is so great that there is actually a fast mode which cuts out a lot of this to speed up gameplay.

But my favourite for this may actually be the NBA 2K series. The gameplay shots are so perfect that a friend walked in on me playing one day, and sat down to watch thinking it was a real match. This also leads into... 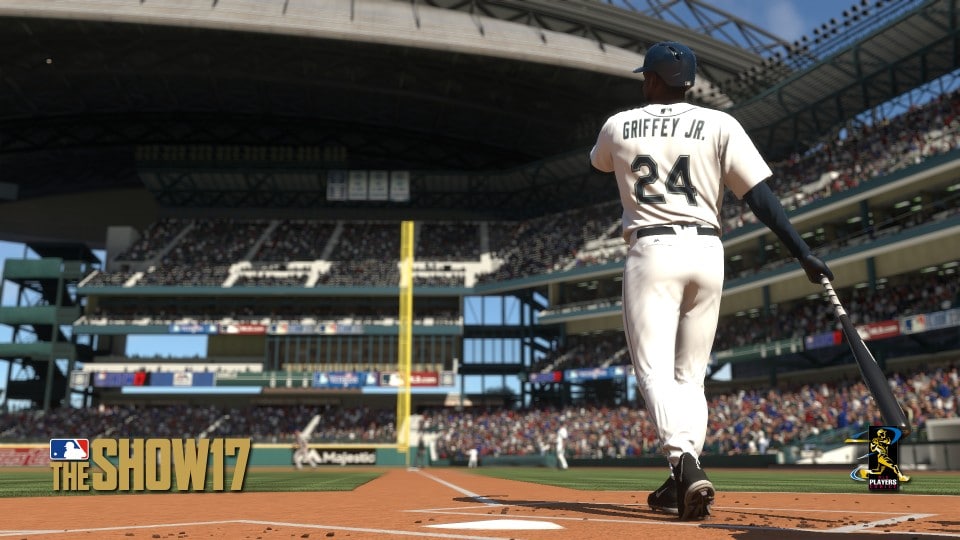 I had a game when I was younger called Lakers vs Celtics. It was for MS-DOS, and the players were little more than fleshed out pixel stick figures. But the motion was good and the animations really sold it. I may disagree now if I went back and played it.

Due to the rigors of training and muscle memory, we know how athletes will move in certain situations. We know what it looks like when they kick the ball or what the defenders do on the key during a free throw. If anything is off we will notice it and hate it.

When Madden was first ported to the Xbox 360 I remember being put off, but not sure why. It took me a while to realize the players all looked too slow. Like they were running in water, not on a field.

But the worst I ever saw was EA Sports Rugby 2000. I will confess I actually liked the gameplay of Rugby 2000 (one of the last rugby titles EA tried to make, though I do feel this guy’s pain as he tries to figure out rucks), but the animations were rubbish. The worst came after you scored a try; players would celebrate by doing cartwheels and other, very non rugby, moves. This was clearly not rugby! 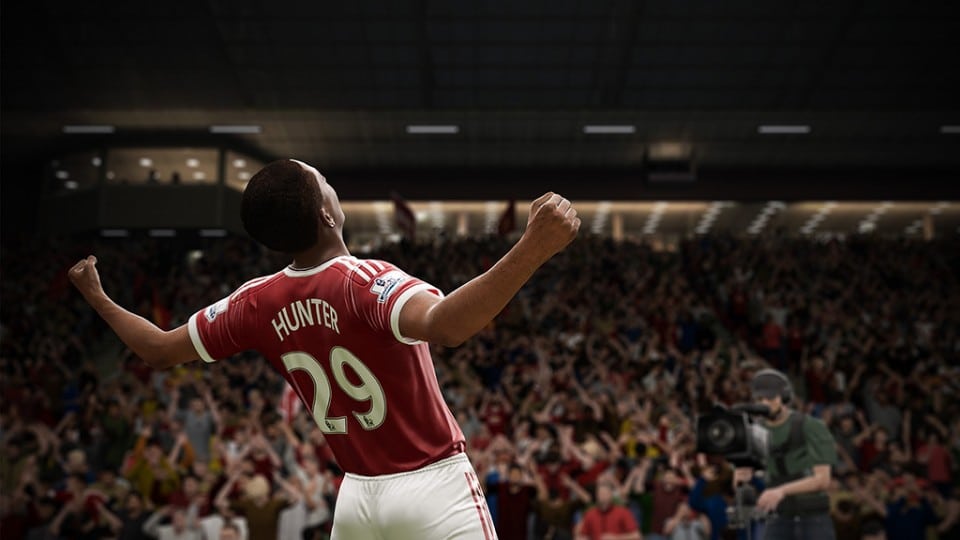 For years the crowds in sports games were an amorphous blob that made a weird noise any time a team scored. Now they are three dimensional figures that react to on-field events with sounds recorded at actual matches.

The crowds in MLB: The Show compete to catch foul balls and are served by patrolling vendors. In FIFA, the fans from opposing teams are segregated into their own sections. The crowds in Madden thin late in the game if the score is a blow out.

Madden 2005 let you create and customize your own fans. These fans would be shown in cut aways between plays or after scores, reacting in appropriate ways. Though oddly, one of the animations depicted a fan stealing a ball from another. Good sportsmanship right there. 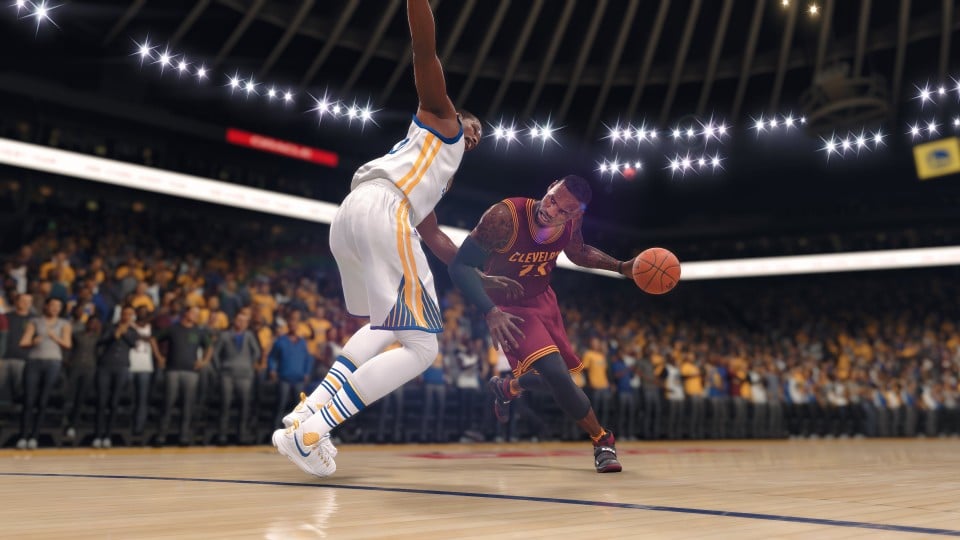 This is oddly esoteric, but the controls – the button combinations and movement – should feel right in the context of the sport.

For example, the truck sticks in Madden. Want to run over a guy? Flick the stick towards him. To sidestep, flick it to either side. You could make these basic button presses but it feels better adding actual motion to it.

There was a baseball game for the Wii called The Bigs. When you were pitching you could add spin to the ball by twisting the controller as you “threw”. Depending on which pitch you were throwing, you had to hold a different combo of buttons, which roughly correlated to how real life pitchers have to change their grip on the ball. It was subtle but felt right. 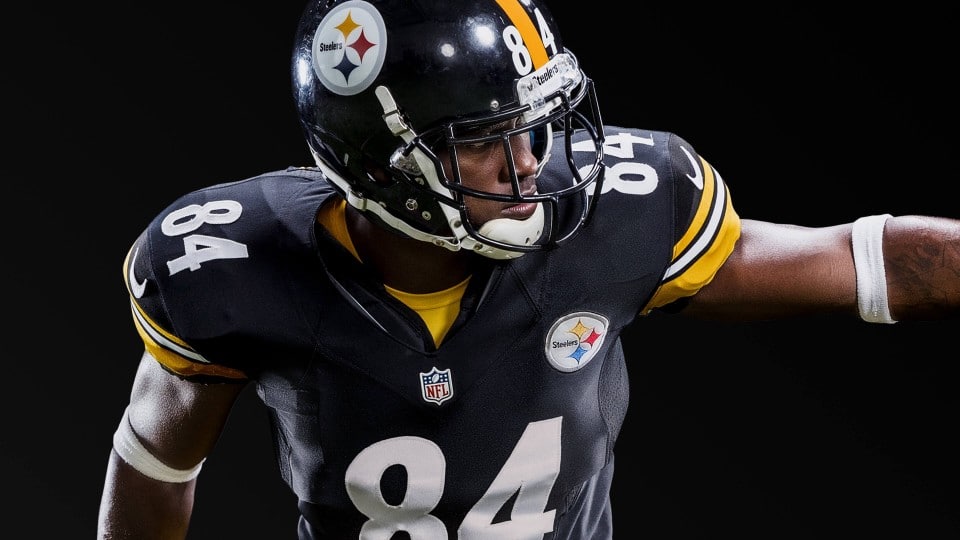 There’s no point in releasing a game about a sport without having the associated athletes in it. This doesn’t worry games with major leagues, as much as it does those with smaller sports. It’s part of the reason there hasn’t been a good rugby game since… well, maybe ever (feel free to defend Jonah Lomu Rugby in the comments).

EA’s inclusion of women’s football teams in FIFA and now WNBA teams to NBA Live are also an excellent move. The rise of professional women’s tournaments deserves recognition in the games, and frankly, it’s just cool.

In-season roster updates are a must as well. There’s no point in wanting to play as your favorite team only to find that the game hasn’t picked up any recent trades or player skill updates.

As a side note, this includes uniforms. If a team updates its kit, it should be in the game as soon as possible. 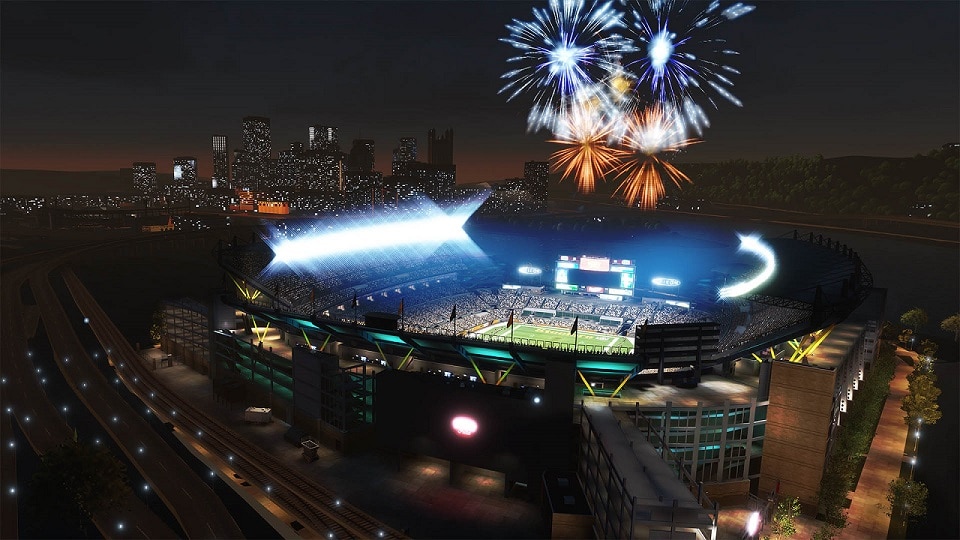 There are so many bad sports games out there, mixed in with a handful of good ones. Big franchises tend to rest on their laurels, offering only minor improvements and roster updates each season. Some will go all out on a My Player mode, like the brilliant FIFA 17 or the awful attempt by Spike Lee in NBA 2K16. But really these are window dressing over what should be sound fundamentals.

Sometimes games become bloated with add ons and awful menus. Madden I’m looking at you. And sometimes – like every golf game ever made – they are just clones of each other.

I’ll put myself out there and say MLB: The Show is the best sports game, year on year, with FIFA being a close second. List your favorites in the comments. Game on!