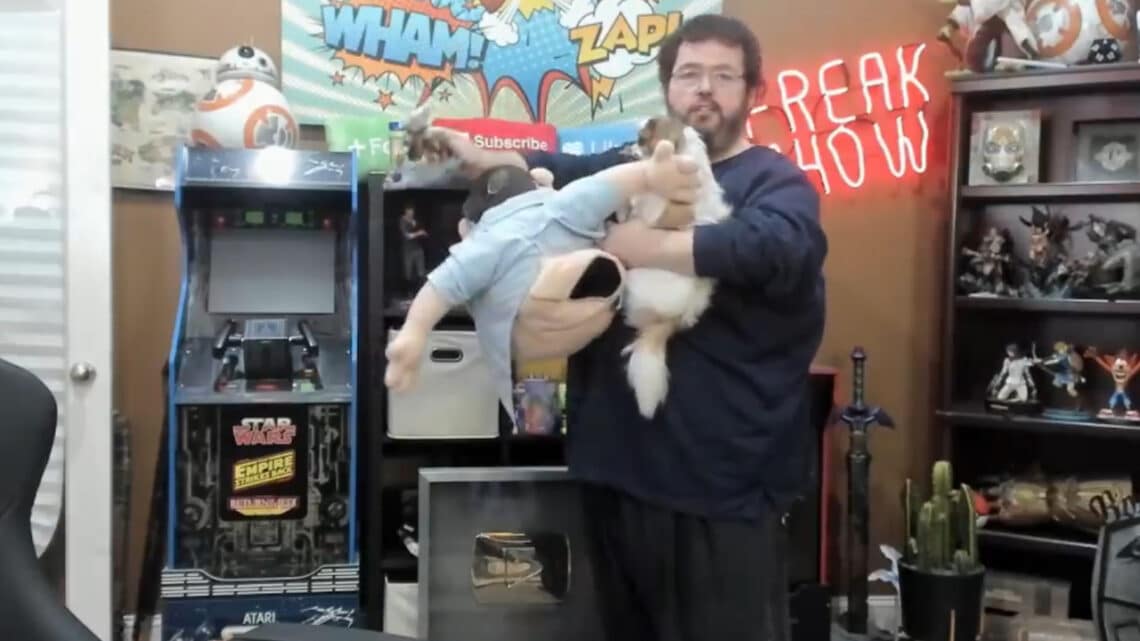 Judging by his own Twitter feed — it reads like a constant stream of pityfishing and threats to leave social media and/or commit suicide — there is no shortage of drama surrounding online personality Steven Jay Williams, better known as Boogie2988. But as documented in a huge DM leak on the r/SamandTolki subreddit, the youtuber now admits to making false allegations of swatting as part of a scheme to get back at his “haters.”

“Should I finally tell you guys the truth or should I keep milking this one. […] I was shocked to see they latched on to the swatting thing,” Boogie2988 told the “hater” recipient of his flood of bizarre direct messages, referring to the r/SamandTolki subreddit and his false swatting allegation against them. “[The swatting allegation is] not even much of an exaggeration because I got swatted like 4 times last year.”

He then goes on to claim it was all part of a disinformation scheme cooked up by friends at a PR firm, and that it worked out brilliantly somehow.

Boogie confirmed the authenticity of the leak in a January 24 damage control video (Update: and for the record, this video was originally titled “Exposing Myself – Why I Lied About Swatting” according to the Twitter YouTube card embed cache — we archived proof) where he claims, among other things, that the manipulation and many lies he’s guilty of are actually part of a counter-troll-intelligence operation cooked up by anonymous friends in the FBI. Yes, it appears Boogie2988’s bountiful lies are now exerting his mental capacity to the point he has to recycle them. Onlookers are wondering how long it will be until this new claim is also retracted, given the youtuber’s reputation for backpedalling on almost every single opinion and even slightly iffy claim he’s ever held out.

We’ve transcribed and trimmed down Boogie’s part of the leaked conversation, and also done some edits for legibility. If you want to read the whole thing, load the original screenshot on Reddit.

It couldn’t have played out better. You guys always accuse me of being manipulative so I thought maybe I would finally give it a try and men at work. I should have been doing it all along but it’s just not my thing. But this was my friend’s idea from a PR firm to throw your guys a bunch of misinformation and see what you did with it. Stuff that’s easily proven wrong.

But the facts that you guys doxed my [address] then poured through police records and also try to make something said in a private conversation all about yourselves just finally proves to the right people how insane the harassment I’m getting is. And again I don’t really care anymore my career is over anyway. I don’t even plan to talk about it publicly or prove how crazy you guys are because that gives you the attention you want. You guys can take this and spin it to where I did a felony or whatever it is you guys wanna pretend I did.

But at least I know for myself I’m not crazy. You guys are literally mental. You [doxed] me. You went through police records [to find proof of swatting]. That’s an unhealthy level of insanity. The [dox] in thing could [probably] get [this] subreddit shut down but I have no desire to do that and I’m not sure it would anyway so I guess it doesn’t matter. But I recommend you guys be more careful about that kind of thing in the future if you want to keep harassing people.”

Personal information and [doxing] is against the rules an I’m pretty sure [the mods] there know that so they shouldn’t be talking about doing it. Pretty sure if I link to the thread (re: talks about personal police records and stuff) it could get them shut down but like I said no desire.

What I think was particularly awesome is you even proved that I got swatted 3 times last year for me. You looked up the dates and posted about them for me. Talk about making me look sympathetic. And I never said it had anything to do with your subreddit specifically because I honestly couldn’t know that it did. I genuinely don’t think anyone in charge of that board would do something like that. But it still happens.

It added up to a really fun week through and I’m grateful for you guys doing stuff like this for me. [It serves] to distract me from some of the other crappy things going on. This stuff used to make me so miserable back when I still had something to lose but now that it’s all pretty much gone I can just do whatever I want lol. I mean even if the cops do arrest me what does that impact?

Don’t know why I picked you to tell this to I was going to make a post about it in my subreddit instead exposing you guys for being lunatics but honestly I don’t care for the negative attention. I’d rather give you the [clout]. But am I willing to risk going to jail to make you guys look bad now? Absolutely.

Now mainly known for being a fence-sitting and sympathy-seeking fatass, online virality first came to Boogie2988 a decade or so ago when he started putting up videos roleplaying as “Francis.” The morbidly obese manchild character’s impotent rages — usually over trivial things like changes in video games — were believed by many to be real, and so they eagerly shared his videos on.

He later courted drama during the GamerGate era when he took the side of both the gamers mad at game journalist corruption, and the game journalists themselves — to appear “neutral.” He never got off that fence, and now is usually found begging for pity and whining about his “haters,” who, according to him, are worse than even Nazis and rapists.

“I think that there are fucking rapists and Nazis out there who… are more redeemable than you because at least they’re doing something they fucking believe in,” Boogie2988 said in a video which he, true to form, backpedalled and apologized for at the first sign of criticism.

Other youtubers, including Keemstar, have repeatedly advised Boogie2988 to scale back his interactions with the “haters,” many of whom increasingly see him as a lolcow of epic proportions.

Swatting is a serious threat facing content creators and streamers, and has directly resulted in the murder of innocent people. Boogie2988 exploiting the justified outrage against this phenomenon for his plans to get people to feel sorry for him is revolting.

We already knew Boogie wasn’t a man, and now we know that whatever remains when you strip all fortitude and basic decorum from a morbidly obese franchise consoomer from Fayetteville, is putrid.

A disheveled morbidly obese middle-aged man waddles in front of his toys collection while his life is falling apart. Doesn’t get any more “late-stage collapse of the first world” than that. This is modern art. 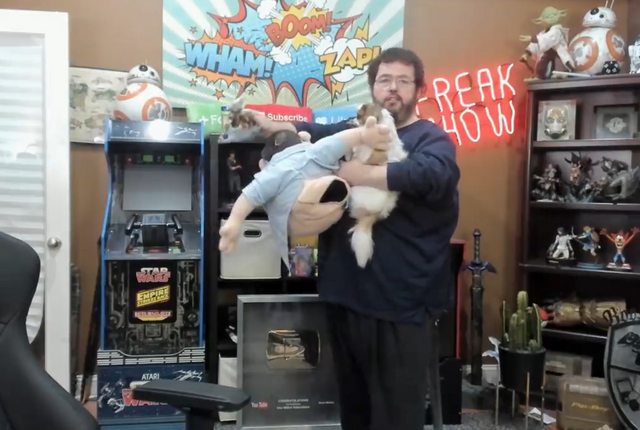 Tell Dez I said what up doe..