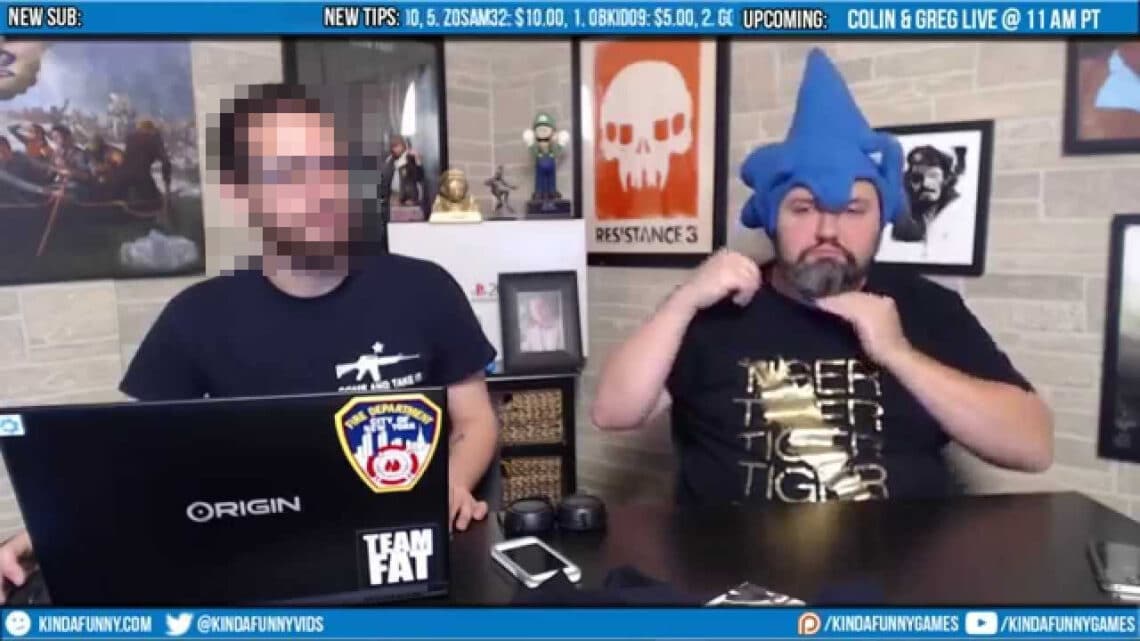 Posting into the #metoo hashtag, which victims of sexual harassment and assault have been using to tell their stories since the Harvey Weinstein sexual assault scandal upended the movie industry, Kallie Plagge detailed how she and another woman received inappropriate comments and even an arm touch from Vince Ingenito, who was an editor at the world’s most popular video game publication.

In 2016, while I was working at IGN, former IGN editor Vince Ingenito sexually harassed me and one other female employee for months. The harassment in my case included uncomfortable compliments (“Guys don’t like skinny girls. You’re perfect”), manipulative and abusive comments (“[The guys he assumed I was dating] are all boys. You need a real man.”), and overtly sexual comments (“When I was your age, I could go all night.” He put his hand on my arm. “I just want one more night like that.”).

Plagge says that she reported Ingenito’s alleged misconduct to IGN’s human resources division at the time, but had her concerns brushed aside.

After I reported him in June 2016, HR and upper management told me I needed to have better judgment about who I was ‘friends’ with, making me out to be an equal participant in an ‘inappropriate flirtation.’

My boss told me not to be ‘uptight’ about being around Vince and stated on several occasions that he ‘just wanted this unpleasantness to be over.’ HR insinuated to me that I used my body (specifically my chest) to provoke him. I was asked who I danced with at the IGN E3 party.

Plagge alleges that the company made her sign a contract, threatening that she would be fired unless she took the blame for Ingenito’s interactions with her.

This was a man who preyed on me, a young woman 15 years his junior, by identifying my insecurities at work (specifically regarding recognition for my work) and manipulating my trust. I was made to sign a contract stating that I’d behaved inappropriately, on the condition that I’d be fired if it happened again.

“I was forced to work with Vince for another six months until I left IGN for my current job,” wrote Plagge, who now works at Gamespot as an associate editor. “I spent the entirety of those months sick with anxiety, literally to the point of severe nausea every day. I was terrified of further retaliation should I say anything.”

“The harassment (and horribly mishandled HR investigation) was a major factor in my leaving IGN. I have carried the disgust, fear, and disrespect with me since,” continued Plagge, who says that Ingenito was “talked to” by HR and told not to interact with her.

She alleges that the IGN editor continued to walk near her desk, ask her work questions in person, and sit near her in meetings when management wasn’t around.

“Nothing was done until after I quit—and even then, IGN parted with him on good terms,” she said.

Plagge’s account of Ingenito has been given support by people still working at IGN, including Alanah Pearce, who defended Plagge against a barrage of Ingenito’s defenders who blamed her for her interactions with the former IGN editor.

Vince Ingenito has since responded to the claims. In a long series of tweets, the former IGN editor accused of sexual harassment claims that he “overestimated or perhaps misread the degree of our friendship.”

RE: The things being said about me by Kallie Plagge. This will likely be long. The first thing I want to say is that I don’t believe Kallie is a liar. We were friends once, at least I thought. I considered her one of my only friends at IGN.

What I believe is that I overestimated or perhaps misread the degree of our friendship. She would share very personal things with me looking for advice and support, and so I thought I could do the same. As it turns out, she thought of me more as a mentor than a friend.

So when I say I do not believe she is a liar, I mean to say, I believe she felt uncomfortable with our level of friendship, but being younger, perhaps was scared to say so. I have no desire to embarrass her, or myself by sharing screens of every conversation we had as proof.

There are legal limits to what I am allowed to say about the allegations she made against me, or the investigation that resulted. What I can say is that just prior to her making a complaint, I was told by a mutual friend, and then had it confirmed by Kallie that she had felt uncomfortable about the nature of our friendship. As soon as I learned this, texted her an apology, told her I had no idea how I had made her uncomfortable, but that it didn’t matter how…I was simply sorry to have made her uneasy.

I have screen grabs of our final exchange uploading, in which I made this apology, and in which she thanked me for acknowledging her feelings and need for space. She wouldn’t tell me what I had done (which is fine) but we left it at that. A week later the accusation came.

I complied fully, though I was never told exactly what I had specifically done to make her uncomfortable. I handed over my phone, and screen grabs of nearly every conversation we had had in the prior months. I said I was willing to do whatever I had to to make her comfortable.

After almost two weeks of working from home, a resolution was reached, and I was found to not have harassed her. I was asked to change seats to make her more comfortable, and I was happy to comply. We were both told to keep correspondence strictly work-related, which I did.

From that point on I kept as far away from her as I could. Since I had no idea what exactly I had done, I didn’t want to risk upsetting her further. I spoke to her in person for work related issues once or twice, and by email several times in the months until she left IGN.

Despite not knowing how I might have hurt her, I was wracked by guilt and fear. Inevitably, we’d pass in a hall or have to be in a meeting together and I’d try to stay as far as I reasonably could. Again, I considered her a friend, and I felt badly for the whole thing.

All of this being said, I want to make something abundantly clear: I never touched Kallie in any sexual way, unless you think a very occasional hug is sexual. I never said anything lewd about her or her body. I never made any advances towards her. Nothing.

The only talk of any sexual nature that occurred would be when she voluntarily shared things of a personal nature to me, as friends sometimes do. I didn’t graphically describe anything or force sexual conversations on her or anyone. That is not who I am, or will ever be.

The former IGN editor previously railed against the unfairly maligned GamerGate movement for ethics in games journalism, claiming without evidence that it consisted of “rape/death threats,” and that concerns over fake news in the games media were a “completely imagined problem.”

Since the allegations against Ingenito surfaced, a large cohort of IGN staff members—including IGN Daily Fix host Alanah Pearce—are staging a boycott in protest of the company’s poor handling of the matter.

There won’t be a Daily Fix today because a large group of IGN employees have refused to work until the company issues a statement/apology regarding what happened to Kallie Plagge.

It seems Ingenito now finds himself looking down the barrel of the same gun he pointed at his former audience.