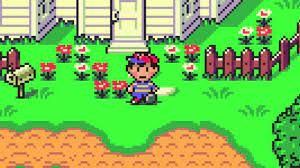 I'll be damned if this isn't the most overhyped game of all time. If things don't start picking up immediately after Summers, I'm dropping it for good.
Apparently, if you wanted your extremely tedious and painfully bogstandard RPG to gain a cult following in the mid '90s, all you had to do was put in Le Epin Quirky Humor. The same entertainment value you'd get from reading a Peanuts comic strip—or a popsicle stick joke, but without getting to eat a tasty fruit-flavored popsicle.