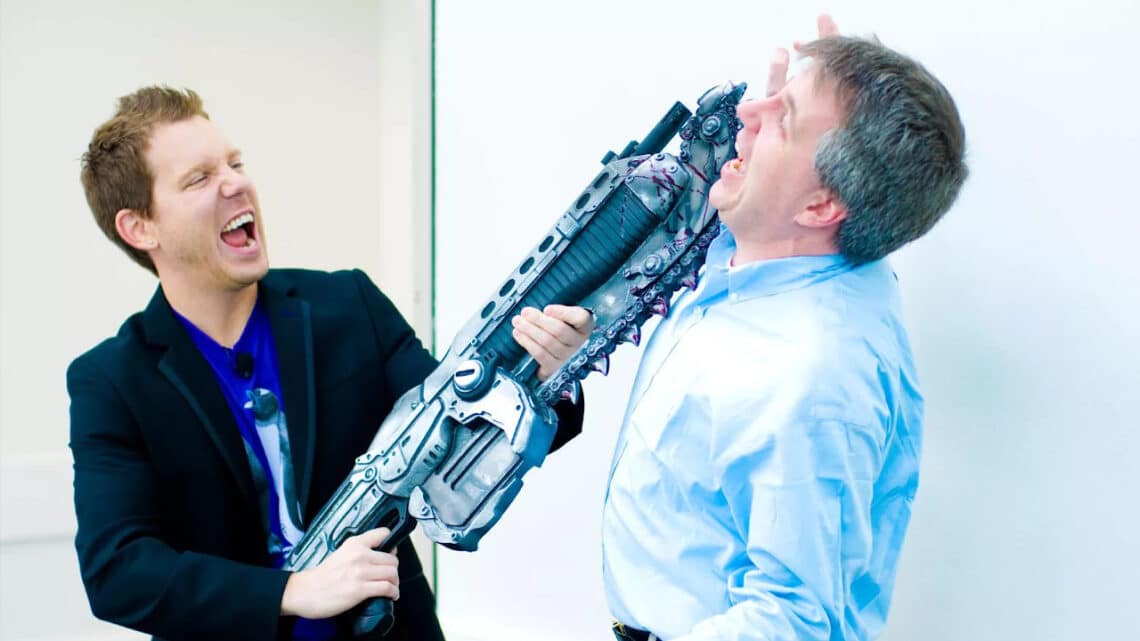 Video game developers aren’t like actors or musicians. For the most part, the developers that make the games you play are rarely seen or heard. One huge exception to this rule is none other than Cliff Bleszinski. Unlike most of his peers, the Gears of War creator delights in being the center of attention. Although he could come off as such, he isn’t just a showboat. He’s a smart and well-articulated man who knows how to sell a video game and how to convey the power of interactive entertainment to the world. Bleszinski is, in fact, a great ambassador for the gaming industry.

Since Cliff Bleszinski is such an interesting person to talk about, we decided to spotlight some of his greatest moments. As you’ll see, our old pal Cliffy B is in a class all by himself.

Making Games Before the Age of 18

Cliff was making games at an age when others would simply be playing them. He developed his first non-commercial title at the tender age of 11. He made his first commercial game, The Palace of Deceit: Dragon’s Plight, when he was only 17. This was released in 1991 through his own company, Game Syndicate Productions. Cliff sent a copy of the game to Tim Sweeny, who is the founder of Epic Games. Sweeny was so impressed that he hired Bleszinski to work at Epic (then known as Epic MegaGames).

Besides Cliffy B, Bleszinski’s most popular moniker is “Dude Huge.” But how did he get that name? It’s all because of a simple typo. When writing a piece about Bleszinski, Kotaku author Brian Ashcraft wrote “dude huge” instead of “dude hugs.” Cliff loved the name so much that he decided to use it. As we’ve learned from the “covfefe” meme, typos are the gift that keep on giving.

People these days know Cliff from his work on the Unreal and Gears of War franchises. While those two series would go on to define him, they weren’t his first success. Old-school PC gamers may remember a quirky platforming title by the name of Jazz Jackrabbit. The game was such a success that it received a sequel. While he would go on to bigger and better things, Jazz Jackrabbit proved Bleszinski had what it takes to create hit games.

The title that made Cliffy B a household name, Gears of War is not only the dev’s most notable work, but a genre and generation-defining title. Gears of War is one of the manliest games ever created. It’s basically the handshake scene from Predator in video game form. Part of what made Gears of War fun was seeing Cliff promote it. Brandishing a real-life chainsaw bayonet along with his in-your-face attitude, Cliff was as grandiose and over the top as his signature creation. Though he left the franchise years ago, Cliff and Gears of War will always be synonymous with one another.

Cliff’s unofficial entry into the gaming industry was appearing in the very first issue of Nintendo Power magazine. As a kid, he managed to score 9,999,950 points in Super Mario Bros. When Nintendo Power was canceled in 2012, Bleszinski spoke to Kotaku about this experience and how he was a huge fan of the influential gaming magazine.

Cliff Bleszinski announced Gears of War 3 live on the Jimmy Fallon show back in 2010. This was the first time a late night show unveiled a new video game, thus making it a pretty big deal. Cliff is the consummate showman, so he was the perfect person to present the last game in the storied franchise to the world. Gears of War 3 may have been the first game to show up on late night television, but it certainly wouldn’t be the last. We have Cliff Bleszinski to thank for breaking this particular boundary for the games industry.

I’m kind of cheating with this one since the game isn’t out yet — but I wanted to include LawBreakers in this post. After a two-year hiatus, Cliff is back with a new title produced by his own studio, Boss Key Productions. Truth be told, LawBreakers seems to be another one of those arena shooters we keep seeing pop up nearly every week. But since it has Cliff’s name attached to it, people are obviously excited to play it. 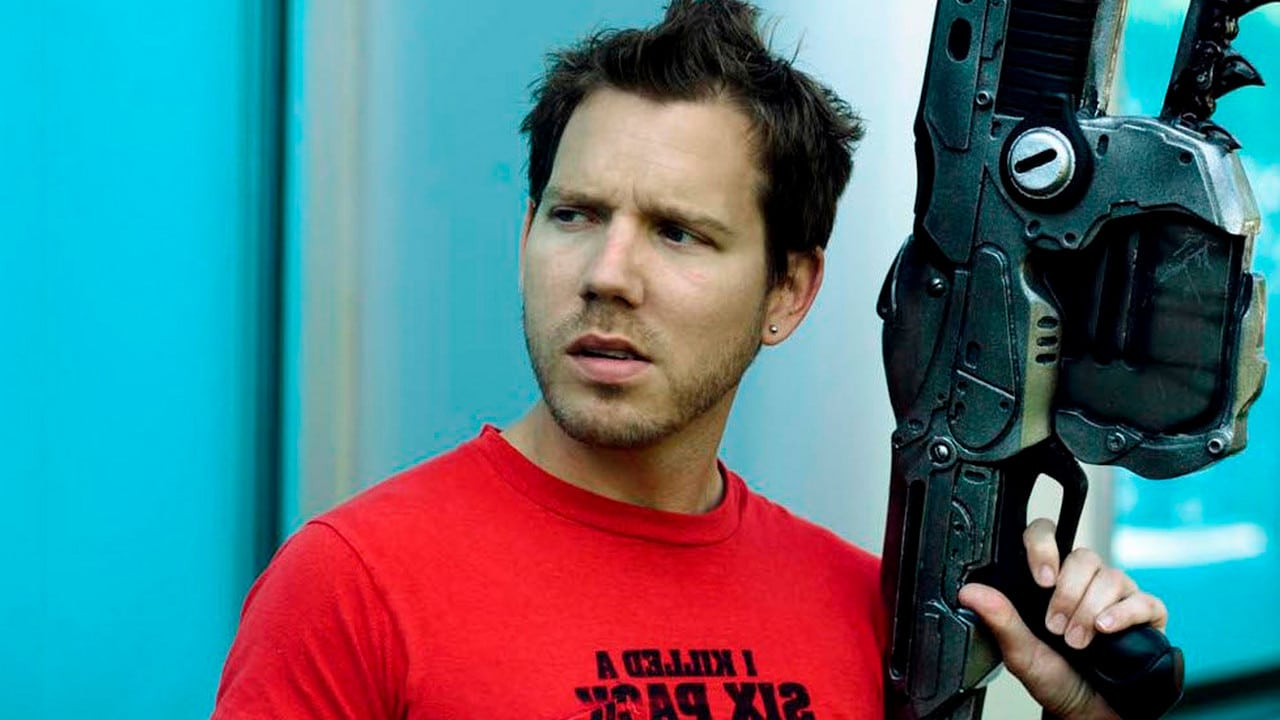 Keep on being awesome, Cliff!