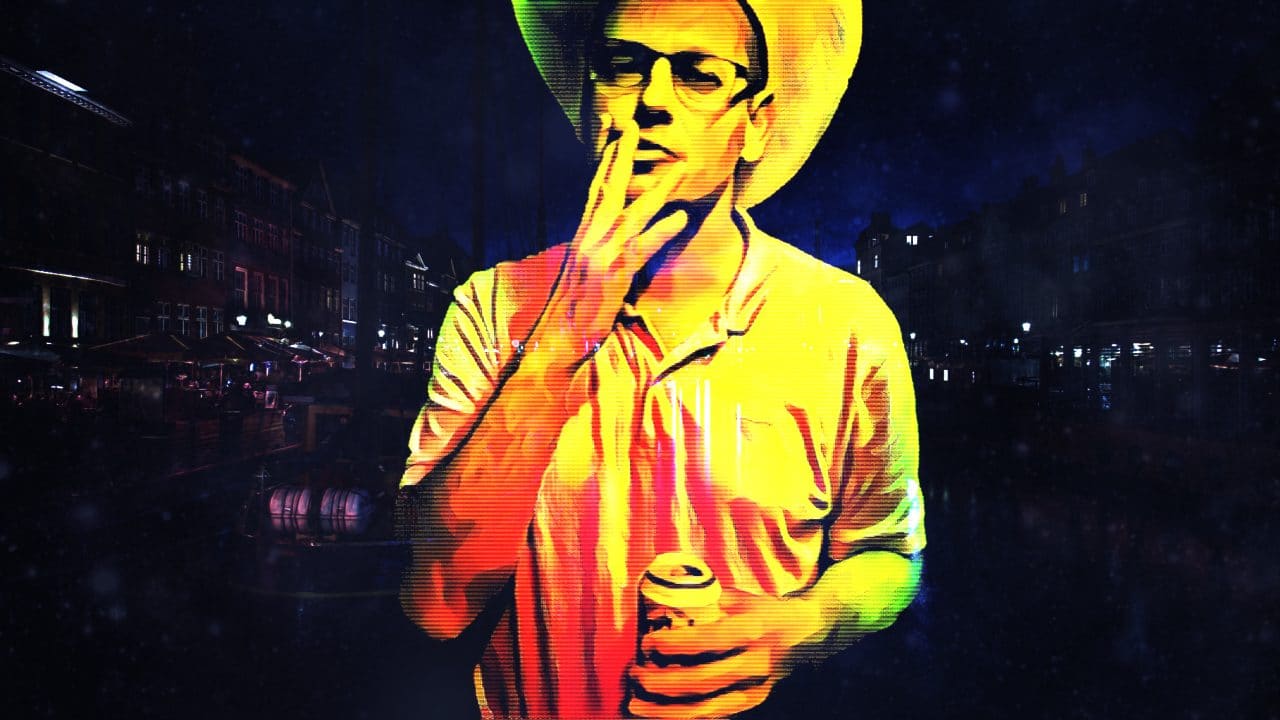 "I Ice Poseidons kølvand" was originally published November 2, 2018 in the Danish newspaper Weekendavisen. Translation by Ganker. Cloudining from Reddit helped with the cover pic. 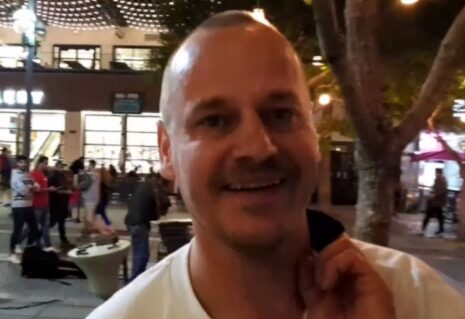 For six years Bjørn Lisdorf tried to augment his Danish postal service salary by streaming video games on YouTube and Twitch, platforms where viewers can send money if they're entertained or just want to grab the streamer's attention. But the 49-year-old gamer did not receive a single donation.

His dream of a better financial situation suffered another giant blow when -- just a year ago -- he lost his job. In a desperate attempt to turn his fortunes around, he borrowed 70,000 DKK [approx. $10,7k] from the bank and risked it all on online gambling. Of course, the house won.

And he decided to risk everything yet again. "I closed my accounts at Danske Spil and Bet365 and took the vacation I had earned," says Bjørn Lisdorf.

He flew to Los Angeles in January. Seeing a shortcut from debt and unemployment to wealth and fame, he sought out Paul Denino, a 24-year-old American who has created a lucrative livestreaming business.

Paul Denino -- aka Ice Poseidon -- is a so-called IRL streamer, which means that he films his everyday life and its more or less staged activities (although IRL stands for In Real Life). Video of these daily happenings is sent in real time to his YouTube followers.

Ice Poseidon has become a front figure of e-celebrity culture, where worth is measured in social media followers. Armed with his camera, he pushes the limits of acceptable social behavior in the hunt for content.

It has netted his YouTube channel 700,000 subscribers and a string of lucrative sponsorships. In June, The New Yorker reported that his monthly earnings were approaching $60,000.

Some Danish streamers have begun to copy Denino's confrontational approach, which means that several random citizens have become permanent content on YouTube. "I like his humor. It is very direct and provocative, and he does not ask for permission to film," says Lisdorf. But Danish criminal law and EU's data protection regulations may force an end to Denino style livestreaming in Denmark.

Bjørn Lisdorf is taking an odd master's degree at the school of Denino. Since the job-seeking Dane stopped streaming gaming and took his camera into real life, he has amassed 20,000 YouTube subscribers and he says it's now earning him around 5,000 DKK [~$762] a month.

After reviewing one of his videos, law professor Sten Schaumburg-Müller warns that Ice Poseidon's 25 years senior protegé is on thin ice.

Consider the night Lisdorf decided to visit his neighbor. When the unsuspecting man opens his door, Lisdorf's live camera transmits him directly to his global YouTube audience. He keeps the camera rolling even as the neighbor expresses anger over the violation of his privacy.

"Punishable under the penal code," says Schaumburg-Müller. "This is not in public, but a private area. He can't take photos or film, obviously. The neighbor can report him to the police."

Bjørn Lisdorf admits he crossed the line. But he's confident he has the right to film anyone and anything as long as he's in public. Wrong, says Schaumburg-Müller.

"You should be very careful, and probably also carefully study data protection laws, if recordings without consent are intended for anything other than personal or journalistic uses. These are the two exceptions to the laws, says Schaumburg-Müller. "To film in the public space is basically okay," he adds, "but to distribute it in a commercial context is actionable." Bjørn Lisdorf is not the only streamer who is ignorant of this.

An example from YouTube shows another Danish IRL streamer harassing two young women with the question: "Would you rather have a cold or hot apple slice up your ass?"

The camera is live and anyone, anywhere in the world can tune in. Because it's transmitted to an audience -- who themselves can record the stream and put it on YouTube -- the law demands that the streamer finds a provision in the data protection regulation that allows him to process the collected data, explains Schaumburg-Müller.

"It's difficult to imagine that he would be able to do that in this case. He is very likely in violation of the data protection laws. And because of the sexual nature of the unwelcome questioning, the laws are less flexible," he says.

Even if those who follow Denino's example are a minority among IRL streamers, the devastating effects of the style makes absolute numbers irrelevant. That is according to Lars Lindskov, chairman of the Pressefotografforbundet [Danish Union of Press Photographers], who goes so far as to call the filming of random citizens without warning or consent "a betrayal of society."

This trend is worlds away from the work of professional photographers, whose photograpic materials go through a strict editorial process that takes into account ethical considerations before publication. Streamers having free access to huge audiences on YouTube can have consequences for social debate. In the competition for new readers, listeners, and viewers, the popularity of streamers and their dangerous behavior could negatively influence traditional news media:

"Established media are subject to the Media Liability Act and have to deal with the Press Complaints Board. This helps to create a reasonable tone in social debate. But they also have to compete with media like YouTube, where the content is getting wilder and wilder," says Lindskov.

Once you're on Youtube, you're probably staying on there, especially if the video goes viral. Foad Darwich is a good example of this. The 27-year-old gamer and IRL streamer has a strained relationship with the genre's Ice Poseidon style.

"I don't want to be associated with the provocative types out there," Darwich says.

But he is. That's partly because of the unholy union of a YouTube algorithm that favors dramatic content, and an audience that considers unhindered filming of everything to be okay. Even people who do not want to be filmed.

Darwich sat on the train from Aalborg towards Copenhagen when he decided to say hi to his Twitch followers. He pointed the camera at himself and went live. At some point he's joined by a fellow passenger who didn't want to be filmed.

In the video now on YouTube, the man says, "I do not want to end up on YouTube." "It's not going on YouTube," replies Foad Darwich. But the camera caught the passenger's reflection, and one of Darwich's 63,000 followers promptly uploaded the clip to YouTube. The video has attracted 185,000 views and more than 600 comments.

"The Danish Ice Poseidon" writes one user, in reference to the passenger ending up on YouTube against his will.

"I've been trying to get YouTube to remove the video," says Foad Darwich, "but I'm not getting anywhere."

IRL streaming is in many ways reality tv 2.0, with the authenticity of the streamer adding to the appeal. But unlike Big Brother's carefully managed stage, livestream viewers have a direct impact on the stream and are almost turning the phenomenon into a kind of computer game. They continuously comment on the streamer's content and send calls, challenges, and money, ultimately making the streamer a puppet of their collective desires. It has its problems. But the entertaining value is great, and so IRL streamers are creating strong social communities of children and young people in general.

"There is a sense of community between the livestreamers and their followers. They may be positive communities, or the communities may focus on negative and objectionable content. The dynamics are the same, says Stine Liv Johansen, associate professor at the Department of Communication and Culture at Aarhus University, who researches young people's use of YouTube.