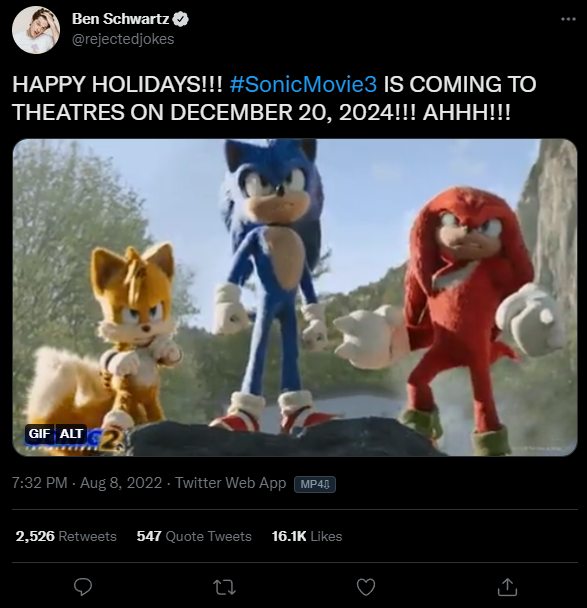 >In the span of time since the Mario movie was officially announced to be in development, we've had two Sonic movies and now know more about the third one than the Mario Movie
Where did it go so wrong?