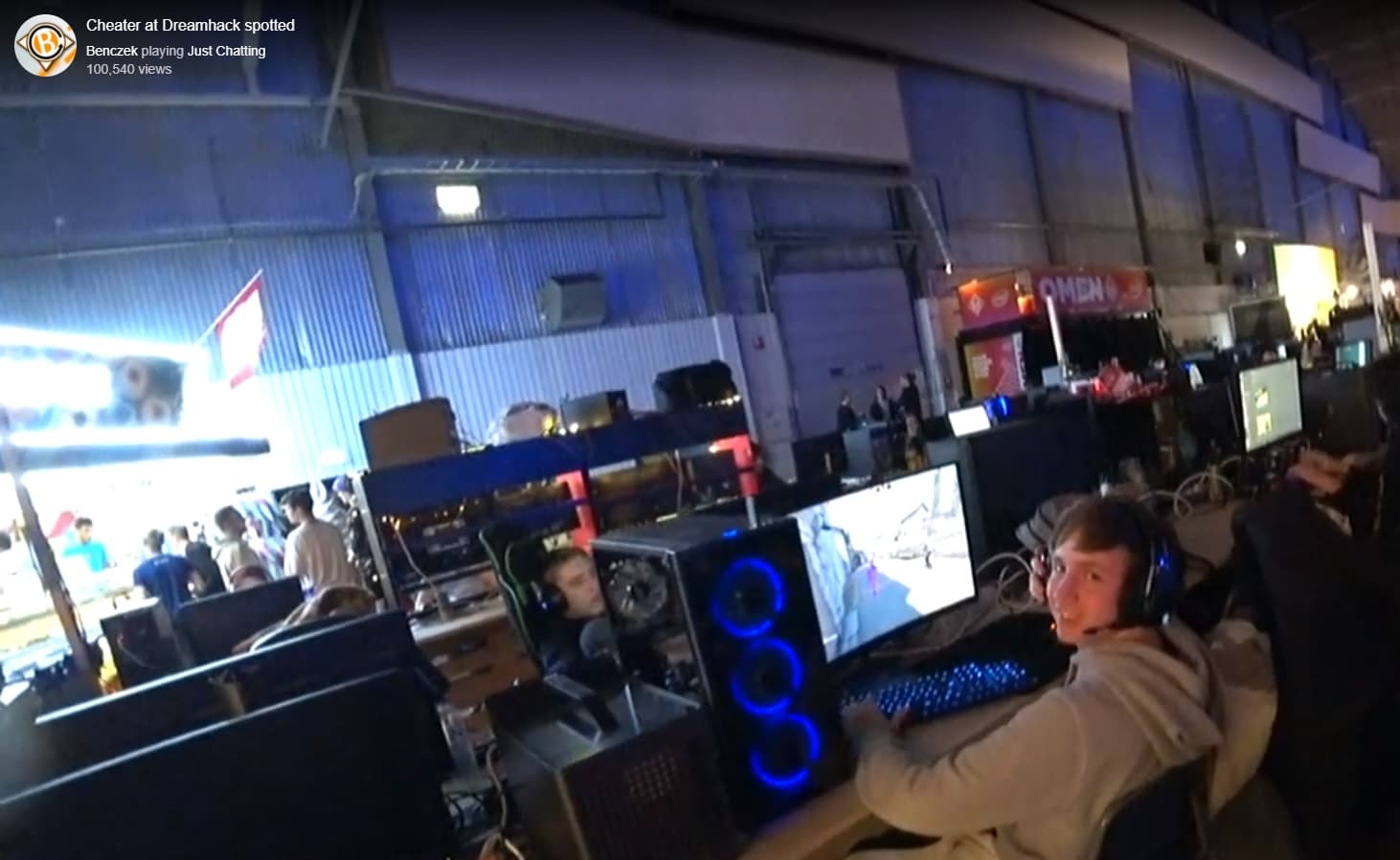 The balls on this guy randomly caught by IRL streamer Benczek while filming at Dreamhack.

He’s playing CS:GO with no less than three blatant hacks visible on his screen — in full view of everyone.

Did you spot that? First there’s the third person mode to help him look around corners, definitely not a Counter-Strike feature. Then there’s the neon purple skins, allowing him to more easily see other players. Finally, there’s a bunnyjumping script to automate the speed boost that can result as a quirk of the physics in many games.

When the cheater notices the camera, he smiles, knowing full well what Benczek is about to say.

“Are you cheating?” [in swedish]

Benczek laughs, and reportedly didn’t tattle-tale to Dreamhack about the situation. With the video now going viral, however, it’s likely the cheater will be identified and VAC banned on Steam.