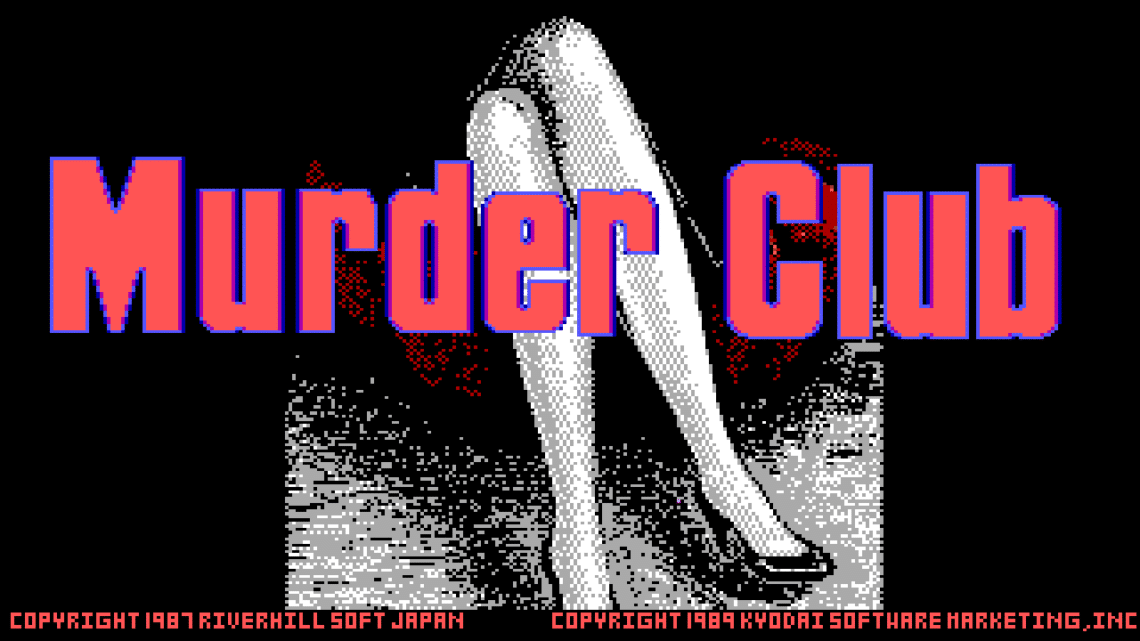 The J.B. Harold series of games has allegedly sold 20 million, which is rather a lot considering that it’s a name that will be unfamiliar to most people reading this. It’s roughly the same as the total sales of all of the Far Cry games (although there’s some leeway with that comparison, seeing as we don’t have firm figures for Far Cry Primal).

And speaking of leeway in the figures, it’s almost impossible to verify the sales number for the eight J.B. Harold games. The last original entry was released in 2007. The 20 million figure is widely quoted, but the only source seems to be the poorly written App Store listing for a 2011 North American iOS conversion of the first game in the series. Seeing as the original developer and publisher of the game are long since defunct, we may never know the exact sales figure. (I have contacted Althi, Riverhill Soft’s successor, to confirm the figures and will update this article if I receive a reply.)

But what we do know is that although these games never made it to Europe and saw apparently slow sales in North America, possibly due to their controversial content, they were wildly popular in Japan – and also quite interesting. Not only that, the developers went on to have a lasting influence in the Japanese games industry, having a hand in some of the best-received games of the past couple of decades.

J.B. Harold Murder Club, or Keiji J.B. Harold no Jikenbo – Satsujin Club to give its Japanese title, was developed and published by Riverhill Soft, and was released in 1986 for the NEC-88, NEC-98, Fujitsu FM-7 and Sharp X1. Various conversions followed over the years to pretty much every system you can think of, most notably a port to the Famicom in 1989 and a release for the Nintendo DS in 2008. The game is often classed as a ‘visual novel’, but it was far from the first in the genre. That honour is often bestowed on The Portopia Serial Murder Case, a 1983 game that Hideo Kojima, creator of Metal Gear, says influenced him to join the games industry:

“Along with my encountering Super Mario Bros., experiencing this game led to my working in this industry. The player is a detective and tries to solve this murder case with his colleague called Yasu. There’s mystery, a 3D dungeon, humour, and a proper background and explanation of why the murderer committed the crime. That is why there was drama in this game. My encountering this game expanded the potential of video games in my mind.”

Portopia was coded by none other than Yuji Horii, who went on to create Chrono Trigger and the multi-million selling Dragon Quest series, and spawned several sequels. The similarities between Portopia and J.B. Harold Murder Club are obvious. Both games feature static screens showing locations and characters with text descriptions, and both task you with finding the true culprit of a murder. The main difference, other than the improved graphics of the later game, is that Portopia requires you to type in commands, whereas Murder Club sees you selecting dialogue options and commands from a list (although later conversions of Portopia would adopt a command-menu format).

There’s also some controversy over whether these games can be considered as ‘visual novels’ at all. Portopia clearly has its origins in the text adventure genre, and in Japan, visual novels are considered to be games that have little to no interaction at all: the Ace Attorney games, for example, are more likely to be considered as adventure games owing to their puzzle-solving aspects, even though they mostly involve clicking through dialogue. Going by this measure, Portopia and J.B. Harold should probably be classed as adventure games, even though they mostly involve reading through text. But unlike many D&D-inspired western adventure games of the time, they share the distinction that the player can’t die, and progression is about asking the right question at the right time rather than succeeding in battle.

So what exactly do you do?

As detective J.B. Harold in the fictional Liberty Town, your job is to track down the killer of Bill Robbins, a notorious womanizer and all-round sleaze-bag. You travel back and forth between locations on an overhead map, and at each location you have the option of interviewing a suspect. If you can obtain a warrant, you can search each place too: any clues are automatically found, so there’s no clicking through each screen pixel by pixel in the hope of uncovering something interesting. As in real life, you can only get a search warrant if you gather sufficient evidence to convince the District Attorney to issue one.

Back at the police station, you can read through related cases, and if you accrue enough evidence to obtain an arrest warrant for one of the suspects, you can interview them in the interrogation room. It will take multiple interrogations and searches before you’re able to pin down the real culprit, and the game is packed with twists and red herrings. The plot becomes increasingly intriguing and sprawling as the game progresses, and the game has been widely praised for its story.

Definitely not for kids

Compared to some of the more adult-orientated Japanese games of the 1980s and 1990s, Murder Club is pretty PG. But the blood, gritty dialogue and mature plot definitely mark this out as a game that’s not meant for kids, which makes the fact that it was ported to Nintendo’s family-focused Famicom somewhat surprising. The success of the 1985 Famicom version of The Portopia Serial Murder Case no doubt paved the way for the conversion.

An enhanced version of the game, Murder Club DX, was released several years later for the Sharp X68000 and FM-Towns, featuring digitised graphics, better sound and mouse support. Intriguingly, it also featured a bilingual option, making this the first version of the game to be playable in English (numerous typos notwithstanding).

The MS-DOS version that eventually made it to North America in 1991 kept the cartoon visuals of the original, although the later US TurboGrafx-CD conversion went with the enhanced graphics of Murder Club DX. Reviews of the game were generally positive, although some reviewers baulked at the inclusion of a rape. In a write-up for Video Games and Computer Entertainment, Donn Nauert showed concern: “I don’t think this is a subject that the American public is comfortable with in a video game, even though it’s not dealt with graphically”. And Dragon was concerned that there should be “a warning on the box about the mature subject matter in this game” in relation to the rape case.

It’s not clear whether the game’s adult content affected sales in America, and sales figures for the US conversions are not available. But the fact that none of the subsequent sequels made it to North America, despite the follow-ups seeing J.B. Harold solve cases in Washington DC, New York, San Francisco and various other cities, indicates that the game was unlikely to have been a hit.

The graphics were completely reworked again for the Windows version of Murder Club in the mid-1990s, ditching digitized images in favor of a more painterly look, and this version of the game is the basis for the Nintendo DS conversion in 2008. Other games in the series, such as Blue Chicago Blues, featured FMV.

The legacy of J.B. Harold

In 1998, Akihiro Hino left Riverhill Soft to form Level-5, the legendary Japanese developer that created the Professor Layton series, the Studio Ghibli RPG Ni No Kuni and the recent hugely successful (in Japan at least) Yo-Kai Watch series. And in 1999, several Riverhill Soft employees left to form Cing, which produced the Nintendo DS cult classic Hotel Dusk: Room 215, a detective-based visual novel that arguably shares some of its DNA with J.B. Harold. The company also developed Little King’s Story for the Nintendo Wii; it was highly acclaimed for its Pikmin-style gameplay, receiving a 9/10 review in Edge, but it sold poorly. Cing’s final game was Last Window: The Secret of Cape West in 2010, which was a Nintendo DS sequel to Hotel Dusk. Riverhill Soft itself folded in 2004, although many of its former members went on to form the publisher Althi.

The final J.B. Harold game was yet another conversion of Murder Club, this time for the iPhone in 2011, although again the game never made it to Europe. Considering the success of the Ace Attorney series in the west, and the huge sales of the J.B. Harold series in Japan, it remains baffling that this popular game series has never made it to our shores.

Freelance writer and co-author of "A Most Agreeable Pastime."