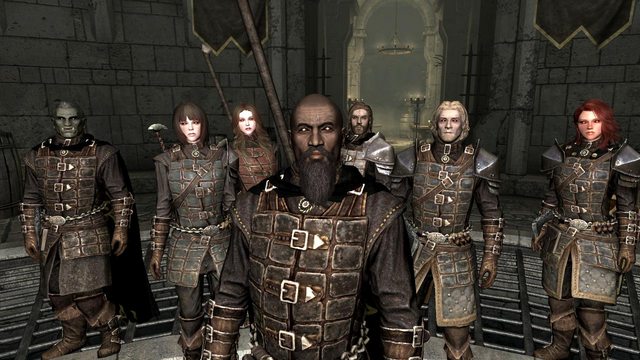 Just finished the Dawnguard ending for the first time after all these years of siding with the vampires. It's way better than the vampire ending. Basically, the whole Dawnguard rushes the castle with you unlike the vampire quest where you go alone. Right when we left Fort Dawnguard, we fought two high level vampire "scouts". Then more scouts along the way if you don't fast travel. Right when you get off the jetty, Isran charges the bridge with an armored troll. Two Dawnguard were sitting in the back spamming crossbows. One Dawnguard jumped on the ledge shooting his crossbow. The rest of the guys were behind us. I was a mage on this playthrough so I was just healing everybody in the guardian circle. We were fighting half of them outside. Then on the inside it was an even bigger battle.
So yea. Kino.