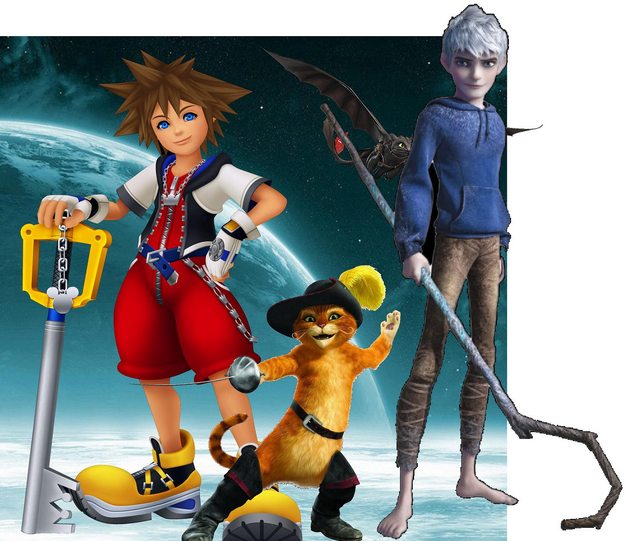 Kingdom hearts should be gifted to Dreamworks in order to save the series and keep it fresh. We are all sick of Nomura's twisted ride and need some crossover adventure mixed with melodramatic jrpg shenanigans.

>Puss in Boots world featuring Death as the villain
>How to train your dragon world with flight mechanics and flying heartless
>Kung Fu Panda world
>Colourfull trollz world a bit like wonderland in kh1
>Caveman Crood world, a bit like tarzan
>Rise of the Guardian world
>Sinbad world

I'd suggest all new generation of characters and instead of final fantasy pick another popular square rpg, or maybe even multiple!