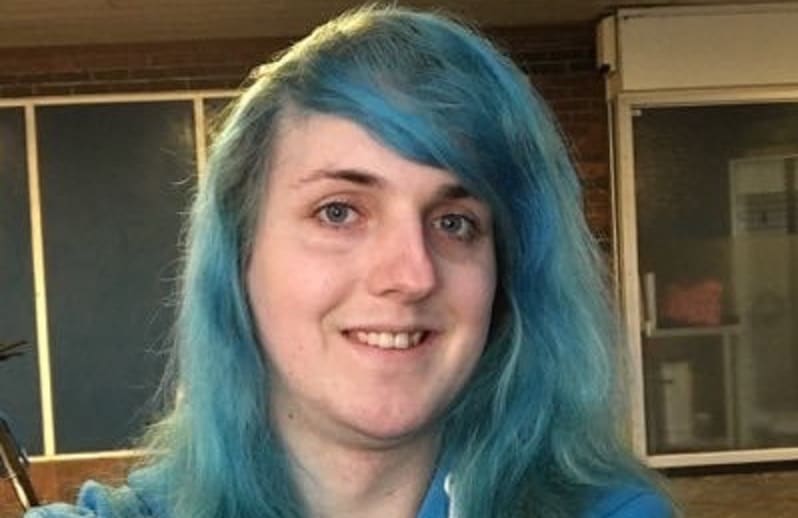 Kotaku editor Laura Kate Dale is up to old tricks again, this time with a fake news and conspiracy theory double whammy about a Super Smash Bros song using the word “retarded.”

The claim was made in an article titled “Super Smash Bros Ultimate’s Persona 5 DLC includes a disability slur” which states:

“Part of the DLC pack’s addition includes a number of Persona music tracks, which can be listened to in full outside of battle. However, one of these tracks caught our attention for all the wrong reasons.

In the track ‘Wake Up, Get Up, Get Out There’, if you skip to around 1:48 into the track, you’ll reach a section of the song where words are softly spoken rather than sung. At around 1:58 it appears the term “retarded” is used, and followed up by the assertion that “I can say it.” The official lyrics for the song, curiously enough, does not include this spoken word section. This is our transcription of what’s said.”

The gaming blog and everyone involved immediately found themselves on the receiving end of a barrage of mockery for being, well, retarded. The claim is of course patently false.

Dale carries on, arguing that the term “retarded” is considered a slur against people with mental disabilities.

“It has been commonly used as a pejorative term to diminish the capabilities of those with certain mental health conditions, and is widely accepted as a term which should not be used in English-speaking parts of the world. In fact, many parts of the world are trying to phase it out of medical texts and replace it with terms like intellectual disability.”

For those not in the know, the word retarded comes from the word, “retard,” which means means “slow” in the English language.

She went ahead and published the “retarded” article without waiting for a response from either Nintendo or its European publisher, because clicks and stuff.

Even the woke brigade at ResetEra, which is quick to jump on outrage bandwagons, especially “retarded” ones, mocked Dale’s article. 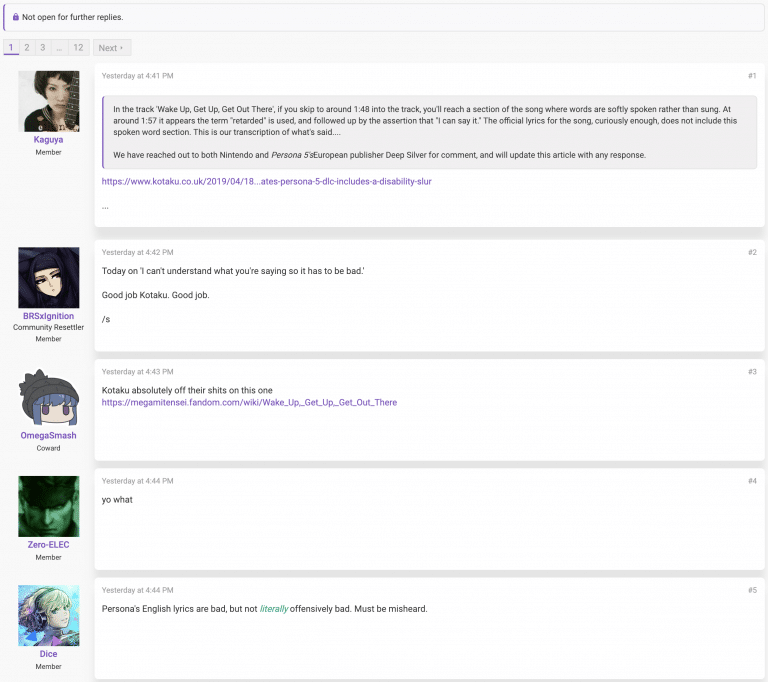 Perhaps that’s why Kotaku has since made a slight update to the story, to “reflect that there may be another explanation, but due to a CMS gremlin that popped up earlier today,” (oh wow how convenient), “our updates are temporarily appearing slower than usual. It never rains etc. for those interested here’s the update.”

Says the update: “A lot of Persona fans are insisting that the lyrics are “retort it” or “ritardando”, a musical term. We’ve listened again and still don’t quite hear it that way, but thought we’d update to allow that there maybe an innocent explanation and we’re simply dealing with an unfortunate sound-alike. We have asked various companies involved with Persona for clarification of these lyrics, and will of course update again with any reply.”

Isn’t that gracious of them? You’d think that people styling themselves professional journalists and who are paid the big bucks (at least compared to most of us YouTubers) would take the time to wait for a professional response from someone at Nintendo before running an article accusing it of calling stupid people the stupid people N-word.

It didn’t take much internet funnymaking before Dale decided to log off to practice some self-pity and self-care, tweeting out that she was “going offline for awhile. Don’t know when I’ll be back. Sorry everyone. Hope everyone does okay.”

Vito Gesualdi was one of many to enjoy the debacle:

He added: “Kotaku’s article is just plain racist, not understanding how a Japanese singer might have trouble with R’s and L’s, then going so far as to accuse that singer of using slurs. Rather than address this racism, the writer simply runs away. This is not journalism.”

This isn’t the first time Laura Kate Dale has gotten into trouble due to her failing long distance relationship with truth and decency. Dale was previously blacklisted by Nintendo in 2017 for leaking false information about Nintendo’s games ahead of their announcements. This earned her something of a reputation online and naturally Kotaku came calling with an employment offer.

And remember the time she threw John “TotalBiscuit” Bain (RIP) — her friend and the man who helped her into journalism — under the bus?

And what about in 2013, when Dale claimed she was “completely dehumanized” on stage during an Xbox One event in London by English comedian Fraser Millward who accidentally “misgendered” Dale. She complained on Twitter, writing:

Now, first of all, I don’t think I need to point out why anyone could be confused by Dale’s appearance, which has been the subject of the widely shared “I have a vagina” internet meme based on this tweet:

Dale’s calculated outrage campaign recruited media sleazebags and usual suspects from the LGBT plus community, and quickly transformed Fraser Millward into a “transphobe” and a “bigot.”

The problem, as Sophia Narwitz points out, is that none of that actually happened.

Fraser at one point refers to Dale as “this person,” something she claims is misgendering despite its gender neutral terminology. Dale took it as an attack and fabricated from thin air lies about how he referred to her as an “it” and a “he” and a “thing.”

Dale later retracted her claims in a joint statement with the comedian, and everyone who participated in the outrage mob acted like it never happened.

This mentally unwell wreck is an elephant in a journalism’s china shop and they just don’t care as long as business and activist interests get their clicks and lynching targets.

It belongs to the story that Kotaku and Dale are now petty bickering over who’s to blame. In a series of Facebook comments, Laura Kate Dale claims that she didn’t want to publish the article until she received comment from Nintendo, and that after Kotaku ran the story anyway, she tried to explain some of the facts but received an email from her boss, Rich Stanton, who was angry that she was throwing him under the bus and making the site look bad. 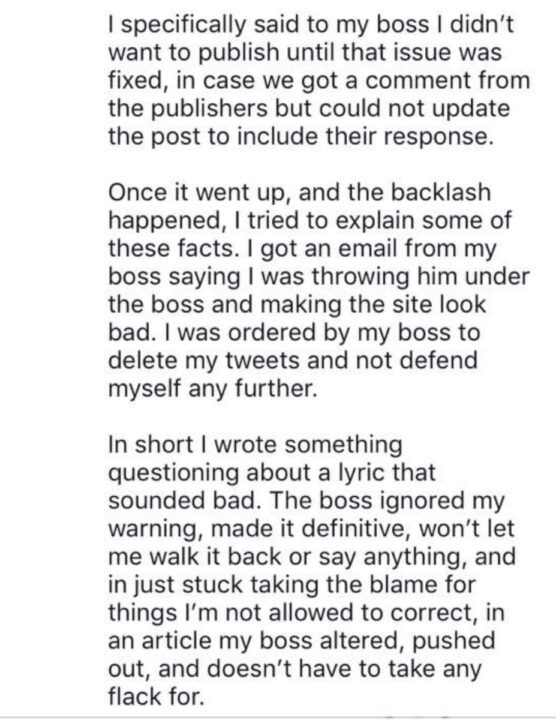 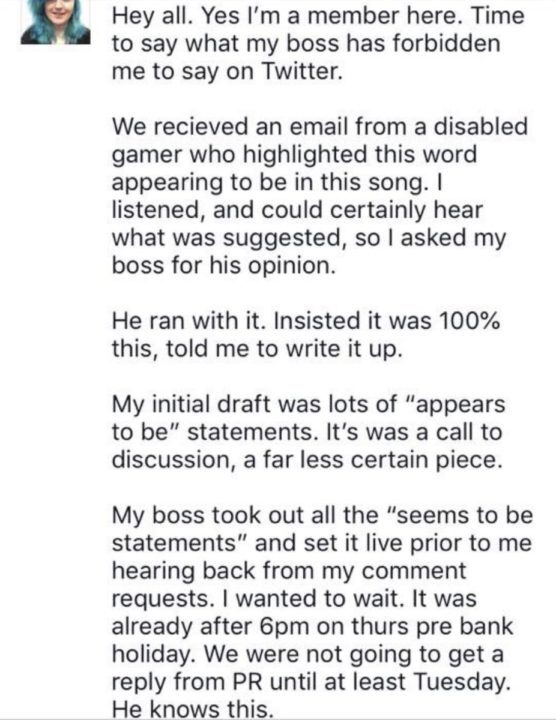 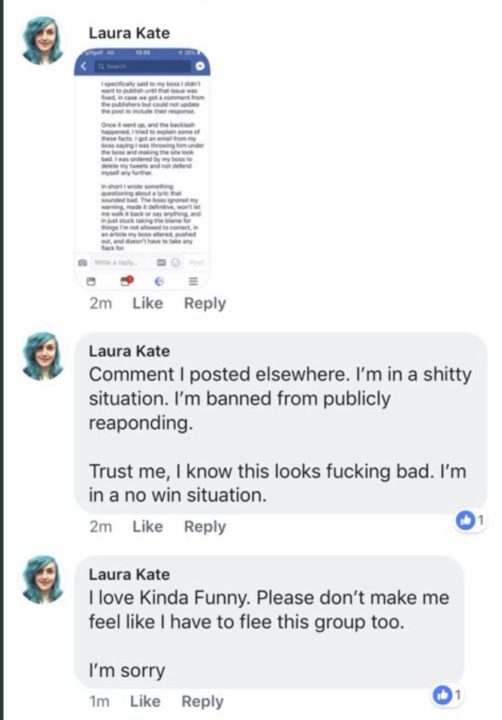 In any case, Kotaku’s half-baked mea culpa isn’t good enough. They know what they’re doing and they’re going to keep doing it. Laura Kate Dale has a history of fake news and sensationalism and websites like theirs continue to enable it.