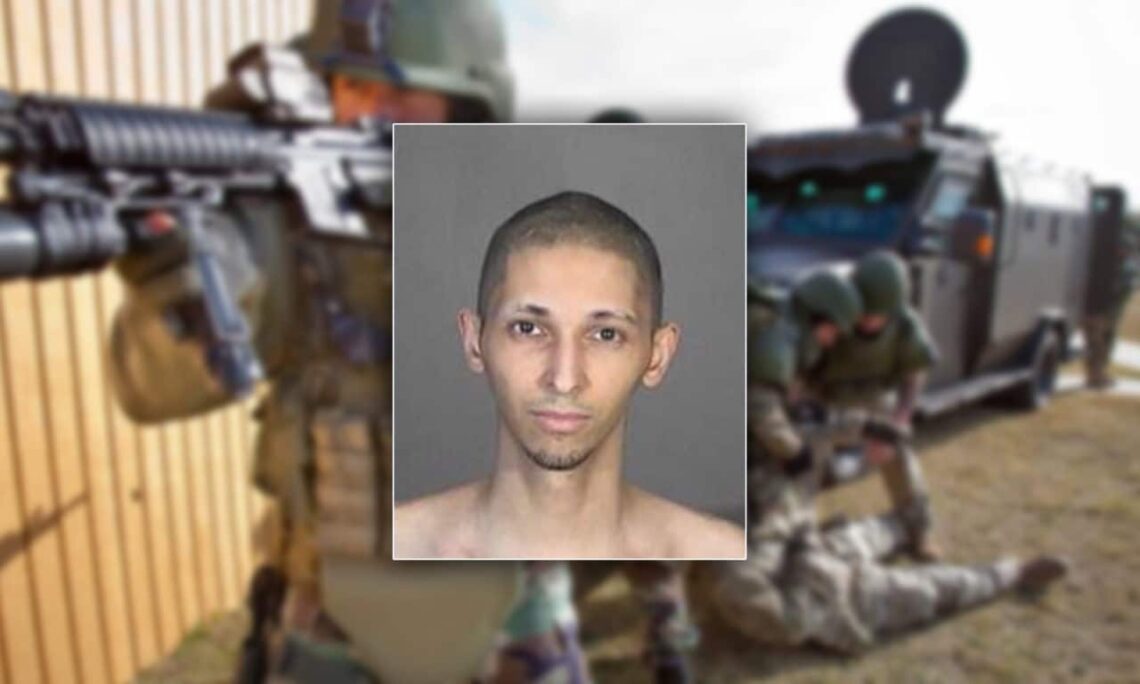 On Thursday, a man whose address was sent to an alleged swatter by a Call of Duty player following an online dispute over $1.50 became the victim of a police raid, which ended in the tragic loss of his life. The alleged swatter called in a fake hostage situation on the home address of Andrew Finch, who was unarmed at the time of the fatal shooting.

Following the incident, the swatter gave an interview with Daniel “Keemstar” Keem of the YouTube channel, DramaAlert, acknowledging his role in the tragedy. He refused to take responsibility for the man’s death.

He was identified by gamers on social media following the incident as 25-year-old Tyler Raj Barriss, who was charged in 2015 for making a false bomb threat. Despite hiding the lower half of his face with a bandana, gamers were able to identify the suspect based on his avatar, which they compared to his two-year-old mugshot, and reported him to the police. 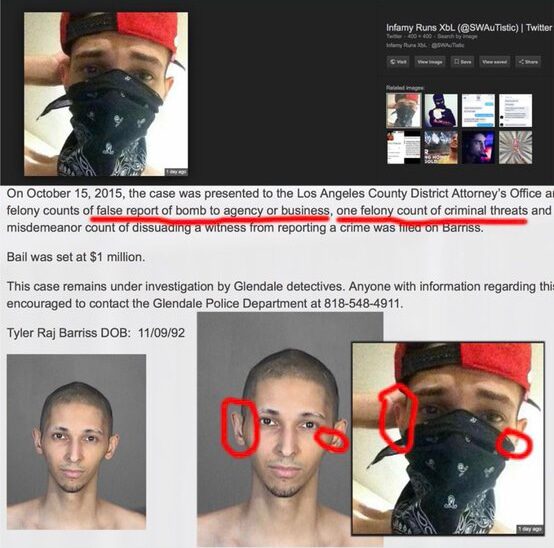 The LAPD took Barriss into custody following the reports on Friday afternoon on a fugitive warrant stemming from the deadly incident.

Law enforcement sources told local press that Barriss provided police with the same testimony he did during his interview with Keem.

During the 911 call, the alleged swatter claimed that his father had been shot in the head, and that he was holding his mother and sister at gunpoint. Officers descended upon the home anticipating a hostage situation but were instead greeted by Andrew Finch, who was shot when he moved his hand toward the area of his waistband, according to Wichita Deputy Police Chief Troy Livingston.

Livingstone said that Finch was unarmed. “Due to the actions of a prankster we have an innocent victim,” he said, adding that the police officer who shot him is on paid leave pending an investigation.

“We believe this incident is a case of ‘swatting,’” Livingston said at the time, calling the shooting “a tragic and senseless act. He stated that “the incident is a nightmare for everyone involved, including the family and our police department.”

The FBI estimates that roughly 400 cases of swatting occur annually in the United States, some of which “spoof” their Caller ID to mislead law enforcement agencies.

[…] online match of Call of Duty: WWII turned fatal when this punk called the police to SWAT fellow gamer Andrew Finch. The swatter was reportedly upset over a $1.50 […]

Am guessing he is either an illegal or one of the many given amnesty with little or no back ground check by O’s admin.

This idiot needs to spend the rest of his life in prison but the police are not innocent in this case. They over-reacted and the fact that a cop shot someone without first properly accessing the situation makes that cop guilty of at least manslaughter. It doesn’t matter what the report is every cop knows that people exaggerate. This is a case of a trigger happy cop who fired without reason. If he was that afraid for his life he shouldn’t have been holding a gun. No one else fired a shot.

Punish this sick piece of garbage “Tyler Raj Barriss” but don’t let the police get away with murder. They have NO EXCUSE for shooting an unarmed man. It’s Murder clear and simple.

The cops didn’t show up at the door without a good reason. They had every reason to expect they were dealing with someone who had just murdered at least one family member and was threatening the lives of several more. Maybe they should have shown up with a bouquet of roses for the alleged family-murderer?

Like most gently caresswitted little leftwingers, you think cops should volunteer for death, and that cops’ families don’t matter as much as anyone elses.

three people to go down for this, the douchebag swatter who called it in, the douchebag who contacted the swatter to set it up and the turd who gave a false address out. Take responsibility for your own actions and face the consequences like men, anyone of them could have broken the chain of events but chose not to.

shot when he moved his hand toward the area of his waistband, according to Wichita Deputy Police Chief Troy Livingston. (Sure he did with all those guns pointed at him he attempted to get out his ID)

Livingstone said that Finch was unarmed. “Due to the actions of a prankster we have an innocent victim,” (no the cop’s gun did that)

Livingston calling the shooting “a tragic and senseless act. (Yep, could be your family next maybe your baby in a crib flash banged to death or your grandfather shot as he attempted to get out of bed) He stated that “the incident is a nightmare for everyone involved, including the family and our police department.”(poor police department … At least we know that the victim is not black or people would care.

All over the world, except for the middle east and America, cops go to a home and don’t kill anyone. Okay swatting is bad and must be stopped, this guy should face some degree murder charge. Nevertheless, that phone call killed no one. Too too many people have been killed by cops doing drug raids at the wrong house. Will you or your kids be next when 10 cops are yelling at you all at the same time and you don’t understand the instructions. Is that a justification for you to never see your kid again? You can say yes or no but don’t say your kids know better because that is BS, yelling, guns, and lights on a persons face does not clear the mind.

There would be no victim if helmet-and-BULLET-PROOF-VEST wearing police asked first and shot second.

Let me be the first to invite you to put on a vest and a helmet and let someone take a few shots at you.

The only Chan investigators seem to be the only competent group in this case. Paid law enforcement failed citizens in a big way.

It’s amusing to me that no one is pointing out that 8chan made the ID, again.

And yet the MSM is blaming gamers as a whole for swatting. However, the same MSM would never blame all Islam for what thousands do and millions support.

That swatting piece of shit should be put to death, these kind of bottom feeding thugs contribute nothing of value to the society and don’t deserve even the privilege of prison resources being wasted on them.