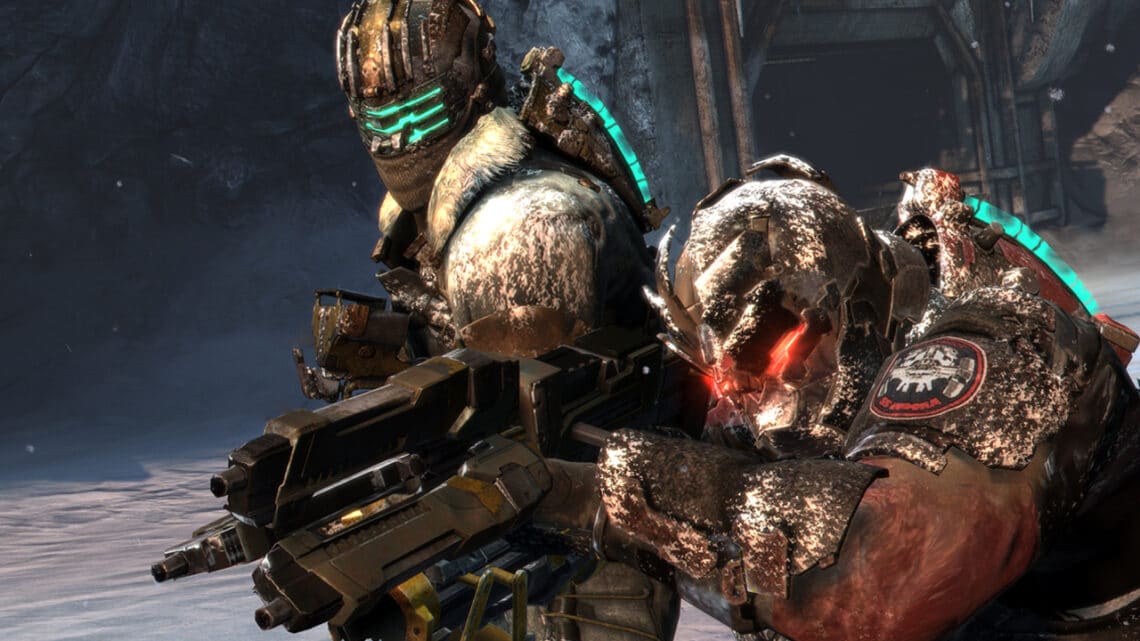 Is it too much to ask to be left alone, just for one moment? Videogaming’s two great houses – the aggressive, competitive world of multiplayer, and the solitary, immersive world of the solo campaign – are traditionally kept strictly separate from one another. But like a hedge dispute gone feral, this divide has been violently breached. The single player and multiplayer worlds are slowly merging.

Sometimes, this works well – Real Racing 3 is an aggressive business model with a game loosely attached, but with friends’ times to beat it becomes shamefully compelling. And sometimes, as with poster child for unwanted co-op Dead Space 3, it doesn’t.

There’s the obvious problem with inviting a friend along to a horror game, which is that fear shared is fear halved, and firepower doubled is fear eliminated entirely. It’s difficult to be frightened by a thing jumping out of a cupboard when you’re packing enough hardware to take down a hundred things and the cupboards they live in.

Then there’s the issue of staying in character. Developers ensure that NPCs move and behave convincingly within the game world; despite what you might think about a series that climaxes with the moon turning into a gigantic space jellyfish – and that is the actual end – Dead Space is a franchise that takes great lengths to make you feel like you’re inhabiting a working universe, with its wonderfully high-res signage and greasy, functional aesthetic.

Your average co-op partner – in any game – didn’t get that memo. There’s a disconnect between the the haunted, gruff, space marine that you see on the screen and the character you hear in your headset – a mid-thirties nerd with two kids, who’s using internet co-op gaming in lieu of a family-ravaged social life. Unless you and your friends are so embarrassment-proof that they’re willing to roleplay – not many people have the sheer chutzpah needed to pretend their spouse yelling to say ‘Waterloo Road’ is starting is in fact a vital space phone call from top brass – then there will always be this gulf between the world you’re exploring and the person you’re exploring it with.

Lame co-op can be forgiven when it’s stashed away in an easy-to-avoid separate mode, as in Spec Ops: The Line or Uncharted. And of course, as with anyone who’s spent a weekend playing through Halo’s campaign with a friend, or who managed the astonishing logistical feat of lugging a 1990s PC round to someone’s house to play Doom, co-op can be wonderful.

As with mismatched FBI agents, handcuffed together and on the run, forced cooperation can work on occasion – Dark Souls robbed its players of both speech and the ability to write, allowing them to communicate only through gestures and pre-approved words and phrases, and this only added to the feel of a chaotic, decaying world that divided its multiplayer into sadistic, predatory invasion and jolly bromoerotic boss-slaying. Journey’s vocabulary of behaviors was deliberately so sparse that it was effectively impossible to act out of character.

But when it’s forced onto the single-player template, as with Dead Space 3, it can corrode a game – at worst locking away content for singletons and even at best contaminating the consistency of the universe with the plague of the general public. Bungie’s Destiny looks to be bursting with the developer’s usual phenomenal world-building abilities – but how believable will that world be if the 28th century battleground has 21st century humans dropping in to jump up and down and curse you for lagging behind to look at the scenery?

The solo campaign is a wonderful thing when done right – an evocation of a world that’s as effective as in any other medium, where you’re as free to explore and let the story or the world unfold at your own rate as you are to spend ten minutes shining a torch at a particularly beautiful floor texture. Like a thin-walled cinema that’s next door to a noisy sports bar, that immersion is being worn down from the edges, threatened by something that should stir up unpleasant memories in any gamer – the fear of being forced to join in.