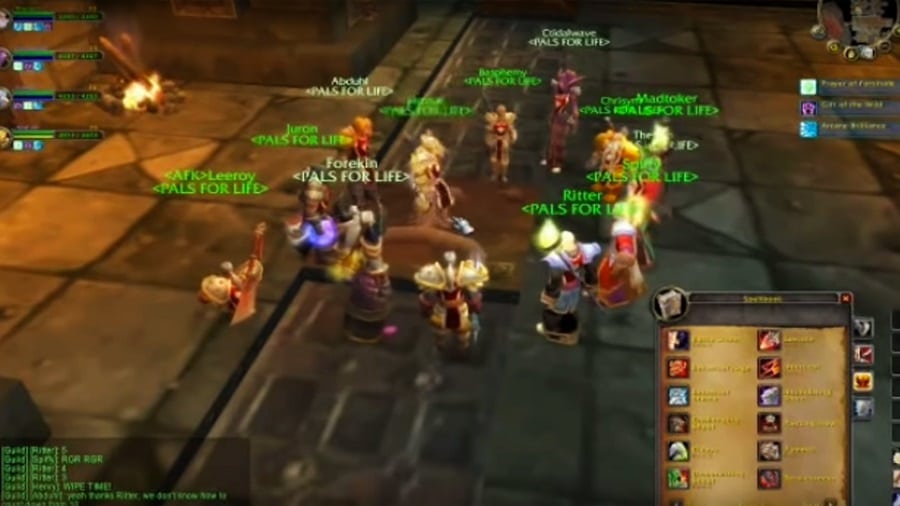 For better or worse, a World of Warcraft movie is still happening. The silver screen adaptation of Blizzard’s genre-defining game has been floating in and out of the news cycle for more than half the game’s life, seemingly with an attached rotating door through which writers and directors continually entered and exited. Two years ago, it was announced that the movie would begin filming, with Duncan Jones having picked up the quest to direct on a trip back to town to vendor some trash. No one really knows what the movie is about, but screenwriter Gary Whitta reveals that an early script he wrote for the movie contained everyone’s favorite overeager paladin.

For the uninitiated, a group of raiders were discussing an encounter strategy before heading into battle, when party member Ben Schulz returns — unaware of his party’s intricate strategic plan — and charges headfirst into battle shouting the name of his in-game character, Leeroy Jenkins, over voice chat. In an attempt to salvage Leeroy’s mistake and save their party member, the group abandons its strategy and charges in after, resulting in a party-wide wipe and a hilarious video.

By now, the legend of Leeroy Jenkins has been told throughout the far reaches of the internet, and even appeared as an answer on Jeopardy! despite the contestants not offering up a guess.

Likely in honor of the 10th anniversary of the Leeroy Jenkins incident, Whitta tweeted that the infamous paladin appeared in his original script for the World of Warcraft movie, and fulfilled his doomed fate.

Leeroy Jenkins was actually in my original draft of the Warcraft movie. And yes, he ran into battle too early. pic.twitter.com/G8bO4KmU6j

Whitta has an impressive resume, having written The Book of Eli and the story for the upcoming Star Wars Anthology: Rogue One. While the chances of Leeroy appearing the final draft of the WoW movie are now up in the air, the film is at least in good hands, as Duncan Jones helmed both Moon and Source Code, two surprisingly enjoyable movies.

The WoW movie, listed simply as Warcraft, resides in the post-production phase, and hell, could actually release next year despite its astronomically low drop rate thus far.

[…] Leeroy Jenkins, hero to the moron cause, is just one example of moronicide in the World of Warcraft. Every day idiots are dropping groups right before a boss fight, putting stacks of wool cloth on the auction for 100 gold, starting a new round of the Murloc game in trade chat or begging for gold in a main city. These people suck and are a menace. Better to simply deny them the right to even play the game […]

I don’t get it