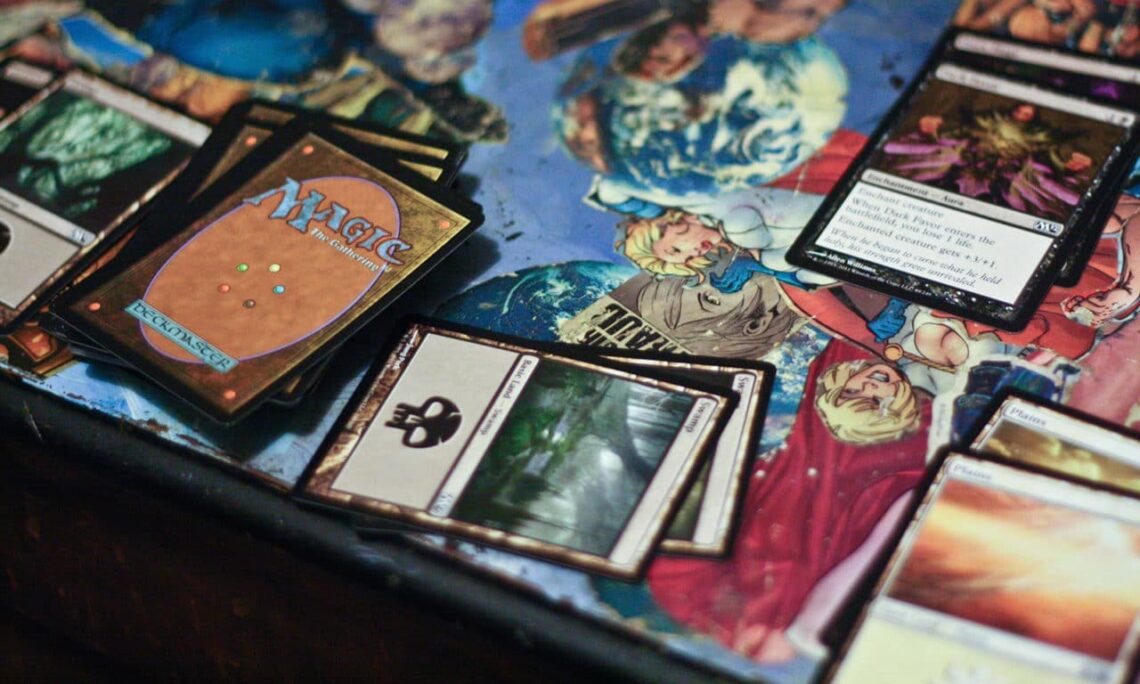 Jeremy Hambly, better known as the host of The Quartering and Unsleeved Media on YouTube outed several high-profile judges for their pasts, who are serving time for convictions on child pornography charges. Hambly is currently embroiled in what some refer to as the “next GamerGate” for taking the Hasbro-owned Wizards of the Coast and its surrounding entities to task for failing the gaming community.

Hasbro, the American toy and board game company, owns Wizards of the Coast, which produces Dungeons & Dragons, Magic: The Gathering, and the Pokemon Trading Card Game.

In documents and court filings reviewed by DANGEROUS, several such individuals who were convicted on charges of child pornography continued to serve as judges at Wizards sanctioned tournaments, where they held a strong presence among children who participated in the events.

Ross Prajzner was convicted on November 24, 2014 for possession of child pornography, among a host of other offenses. Despite his conviction, Wizards, which appears to have failed to do a background check, was listed as an active judge as recently as 2016. In May 2016, Prajzner celebrated his five-year anniversary as a judge.

He was only removed from the judge website after Hambly exposed him, but remains unbanned by the DCI—formerly the “Duelists’ Convocation International,” the official sanctioning body for competitive play in Magic: The Gathering.

Sam Straus, a level-3 judge, pled guilty to the charges of taking indecent liberties with a child, and using electronic means to solicit sex from a child in September, 2014. He was arrested as part of an online sting operation by the Augusta County Sherriff’s Office.

Jason Long, the owner of Snap Keep Games in McHenry, Illinois, was indicted for sexual abuse against a 15-year-old in October, 2017. Long hosted weekly gatherings where children could play card games and tabletop games at his store. He was certified by the Wizards Play Network to hold official Magic: The Gathering events.

“The juvenile stopped in the store and they started a conversation,” said McHenry Police Cmdr. Thomas Walsh. “It went on from there.”

Long held a previous conviction for criminal sexual abuse in 2005 for performing a sex act on a 14-year-old, and was last registered as a sex offender in Cook County in 2015. If convicted, Long faces 13 years for his latest offense.

David Park, another level 3 judge, was sentenced to three years in prison in December 2015. He was convicted for molesting two teenage students. However, throughout 2014 and 2015, Park officiated at least 11 tournaments in Los Angeles, including Comikaze 2014 and the Star City Games Open Series in 2015. Much like Prajzner, he has not been banned by the DCI.

Luke Flora, a Star City Games employee and former teacher, was convicted of six felony counts of taking indecent liberties with a child. He is currently listed as the in-store programs coordinator at the company, and retains a user page on the company’s website.

Instead of refusing to publicly acknowledge Hambly’s investigations, the company chose instead to address it through one of its vice presidents on Twitter instead of releasing an official statement.

Elaine Chase, the VP of Global Brand Strategy & Marketing for Magic: The Gathering for the Hasbro-owned company, described the investigation as “misinformation circulated on social media regarding Wizards’ policies, event staffing, and Magic Judges.”

“Safety at Magic events is our top priority. We have a zero-tolerance policy for sex offenders. Our standard and long-standing practice is to suspend offenders from the DCI and/or remove stores from the WPN,” she wrote.

“Magic Judges, a fan-run community and separate from WotC, regularly posts anniversary blogs which sometimes include erroneous anniversaries for former judges not currently certified, either because of lapsing certification or active de-certification due to conduct,” she added. “Retailers and TOs are responsible for staffing events they run and are required to comply with all laws. We will continue to work with retailers and TOs to ensure safe and inclusive communities.”

Chase directed users who wished to report judge and retailer or player misconduct to official emails.

The company is now accused of being lax in its failure to conduct background checks on volunteer judges—even those in the United States—who participate in Wizards-sanctioned events.

Hambly, who outed the judges, tells DANGEROUS that he had his The Quartering channel flagged and removed by YouTube within 45 minutes of uploading a video condemning Chase’s statement and defending his investigation.

“It had been mass-flagged (this video) by [in] my opinion members of the Judge Association,” he said. “They would’ve needed hundreds of flags in a short period of time. My insider at Google (who also was able to restore my account) had no doubt it was a mass flag.”

He has since reuploaded it to his main channel, Unsleeved Media.

“I remain unable to upload videos at this point and have disputed the false community strike,” says Hambly.

“But the censorship continues even on my main channel. I exposed a Judge in the community who then tried to file a complaint to get my video taken down. I did not take it down but as you can see, they are trying to silence me at every turn.”

DANGEROUS has reached out to Hasbro and Wizards of the Coast for a response.