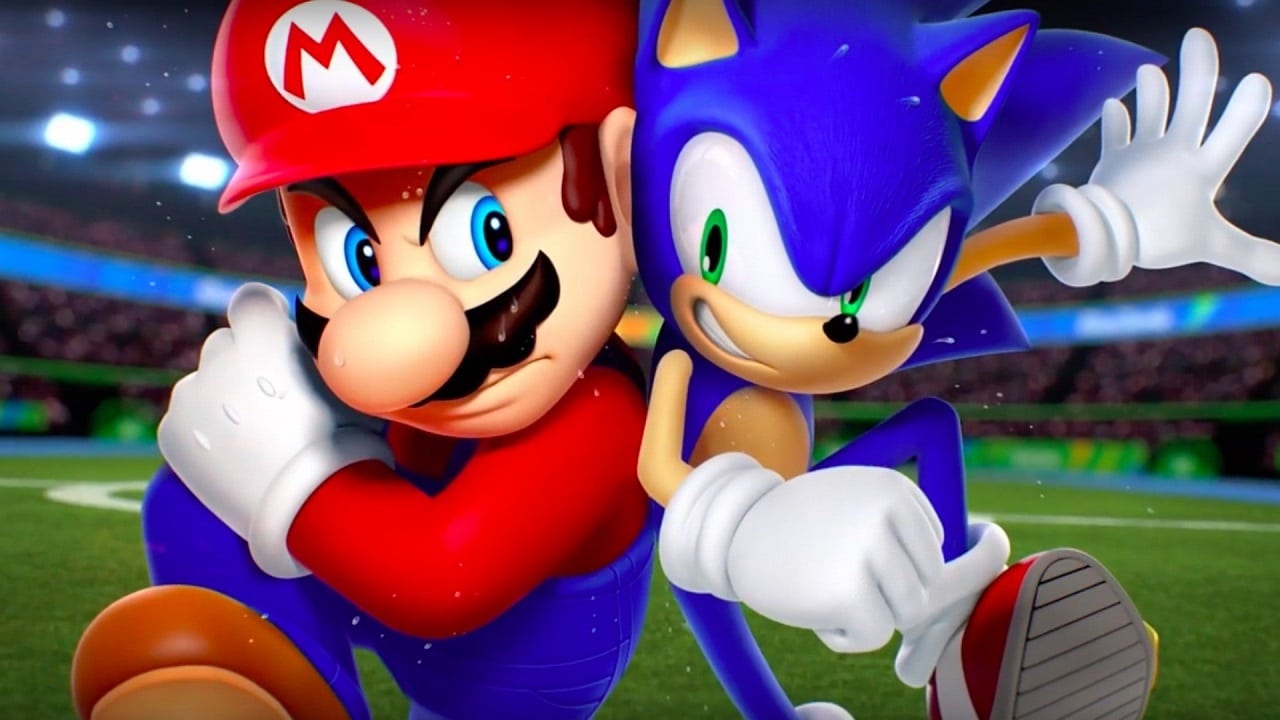 Back in the early 1990s, two mascots bestrode the gaming world like platforming colossi. For a few years there in the 90s, before guns and car theft started to dominate public perception, these two basically symbolized the gaming industry. Nintendo’s Mario, the mustachioed patriarch who established the foundations on which all other platformers were built. Sega’s Sonic, the spiky challenger who promised to do what Nintendon’t.

Spin dash ahead to the present day, where the gaming landscape is dominated by sports games and online shooters, and Mario and Sonic aren’t quite as central as they used to be. But they’re still here. And the last year was also something of a return to greatness for the two, albeit on different scales, as Super Mario Odyssey and Sonic Mania proved to be contenders for the best game either character has appeared in.

As you might expect given the mascots’ long histories, both Odyssey and Mania have a thick vein of nostalgia running through them – but the two handle their heritage in very different ways. In doing so, they probably reveal more about each characters’ career path than you might expect. 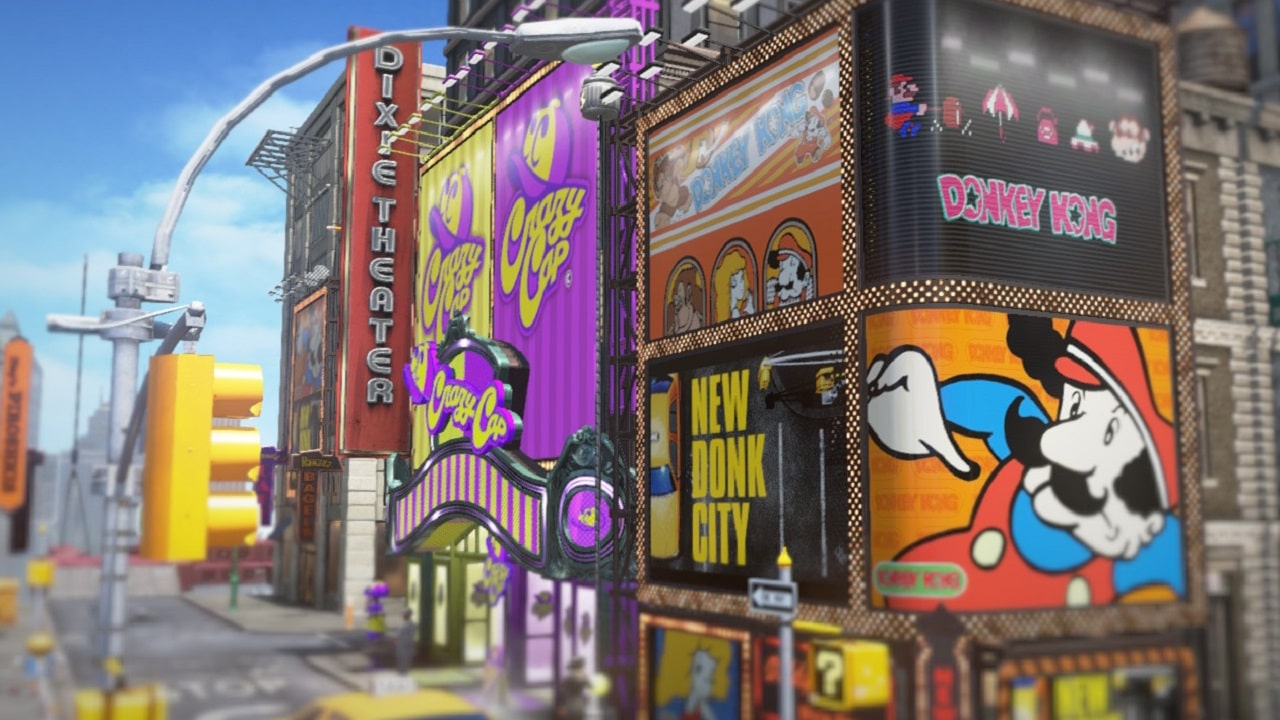 Let’s look at Odyssey first, which is marbled with references and memory cues throughout. These can take the form of little easter eggs, like the New Donk streets named after Donkey Kong characters and the unlockable costumes which nod back to everything from Dr Mario to Yoshi’s Cookie. Or the game’s 2D sequences, which compress Mario into his 8-bit self for a minute or two. Or the Mushroom Kingdom, a level-sized tribute to Mario 64, recreating that game’s hub world right down to the giant oil paintings which transport you to other worlds.

But the single quickest shortcut to your limbic system, one used by both Odyssey and Sonic Mania, is sound. Hearing the right cue, whether it’s that iconic “Segaaa” or a familiar snippet of music, can transport right you back to your childhood, sat in front of a portable CRT in your grandparents’ back room with a grubby Mad Catz controller in your hands. 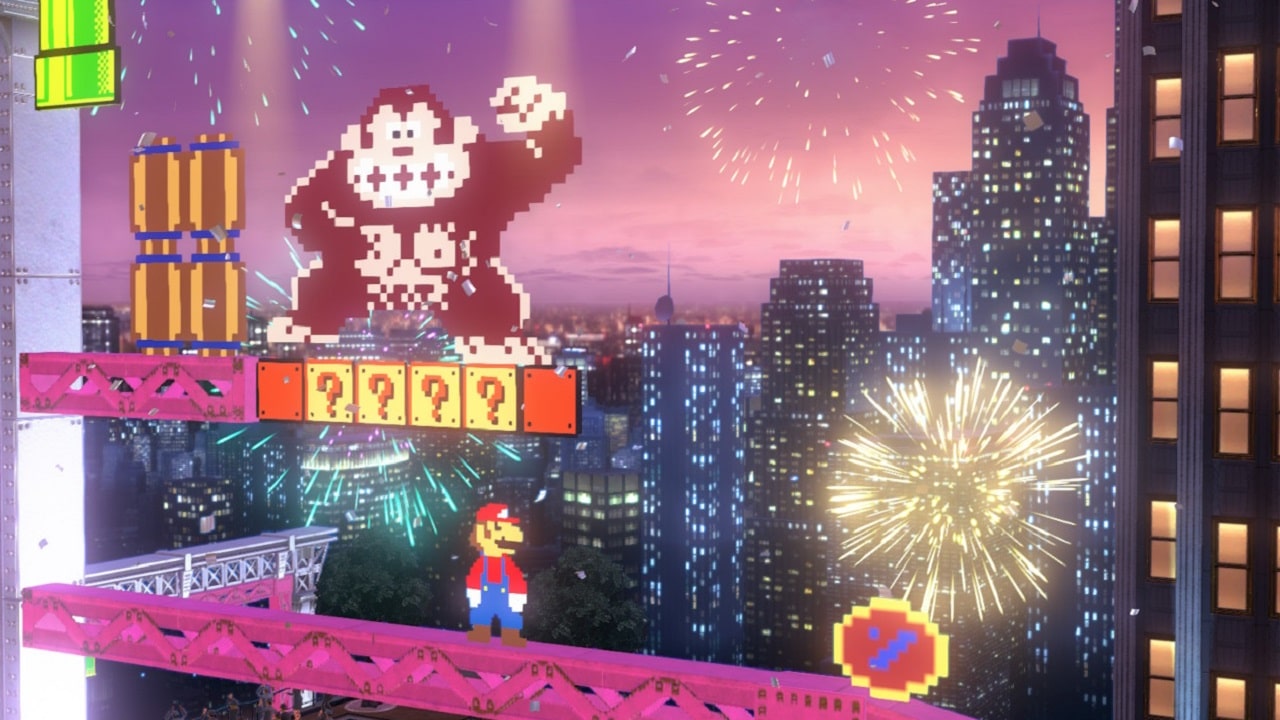 All of the above tricks are combined to make what is probably Odyssey’s single most memorable sequence: the New Donk City festival. After helping the city’s mayor Pauline, Mario is invited to take part in “a celebration of the history of our city”. This, it turns out, takes the form of a re-enactment of the platforming plumber’s very first appearance, in 1981’s Donkey Kong.

Mario is flattened down to two dimensions, and runs through a miniature 8-bit level, complete with all the familiar iconography. There are the oil drum and rolling barrel hazards from Donkey Kong, the coin collection sound effect from Super Mario Bros. – the same one sampled this year in Charli XCX’s “Boys” – and, eventually, a showdown with the big barrel-throwing ape himself.

It’s a sensational sequence, rooted in Mario’s most ancient history but also firmly linked to the present. The 2D level is superimposed on Odyssey’s 3D world, so you can see the cityscape behind as New Donk residents cheer you on and fireworks explode in the distance. It feels like a party. 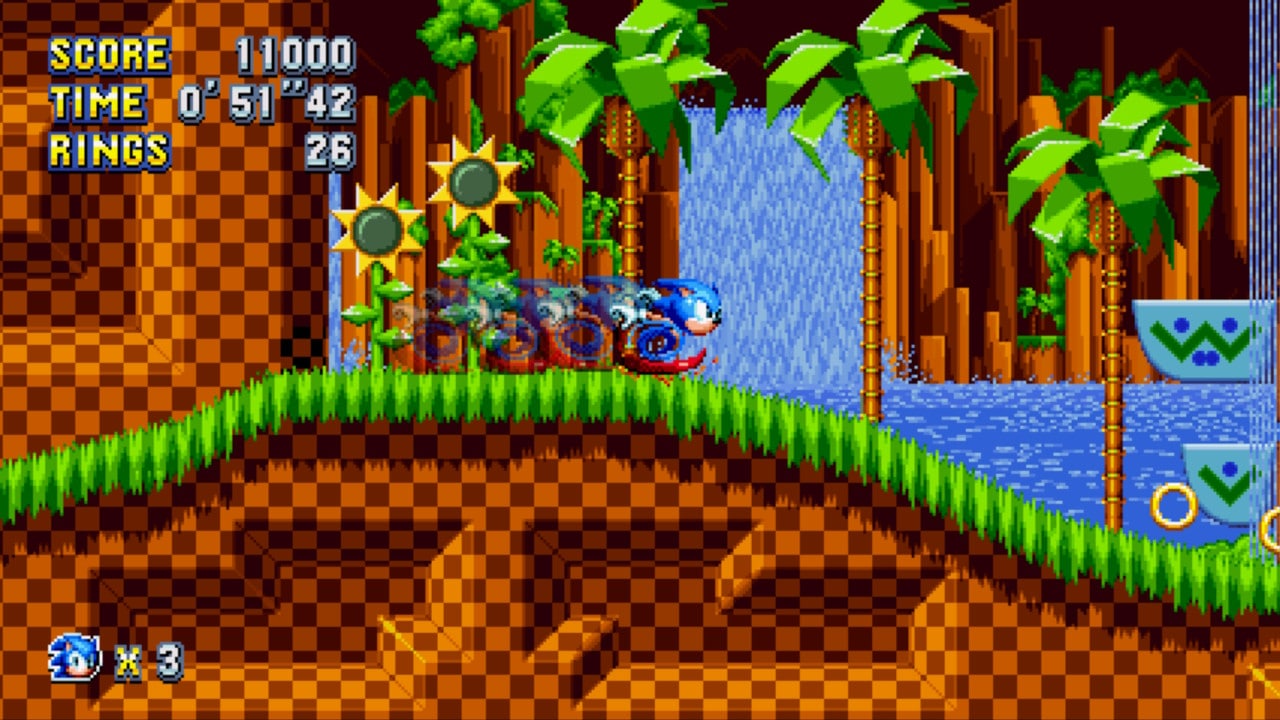 While Odyssey nods back to its lead character’s history, Sonic Mania builds an entire game out of it.

Mania not only looks like the Sonic games of the 1990s, it actually remakes and recycles large chunks of them. Take for example its first level, the Green Hill Zone, which starts out as a near-exact recreation of the opening to the very first Sonic. At the zone’s half-way point, though, it transitions into a newly-designed level, incorporating mechanics which were only introduced in later games or simply weren’t available on the original hardware, before closing with the final boss fight from Sonic the Hedgehog 2.

It’s a remix, but the kind where you can only pick out what’s new if you’ve played the original track to death. 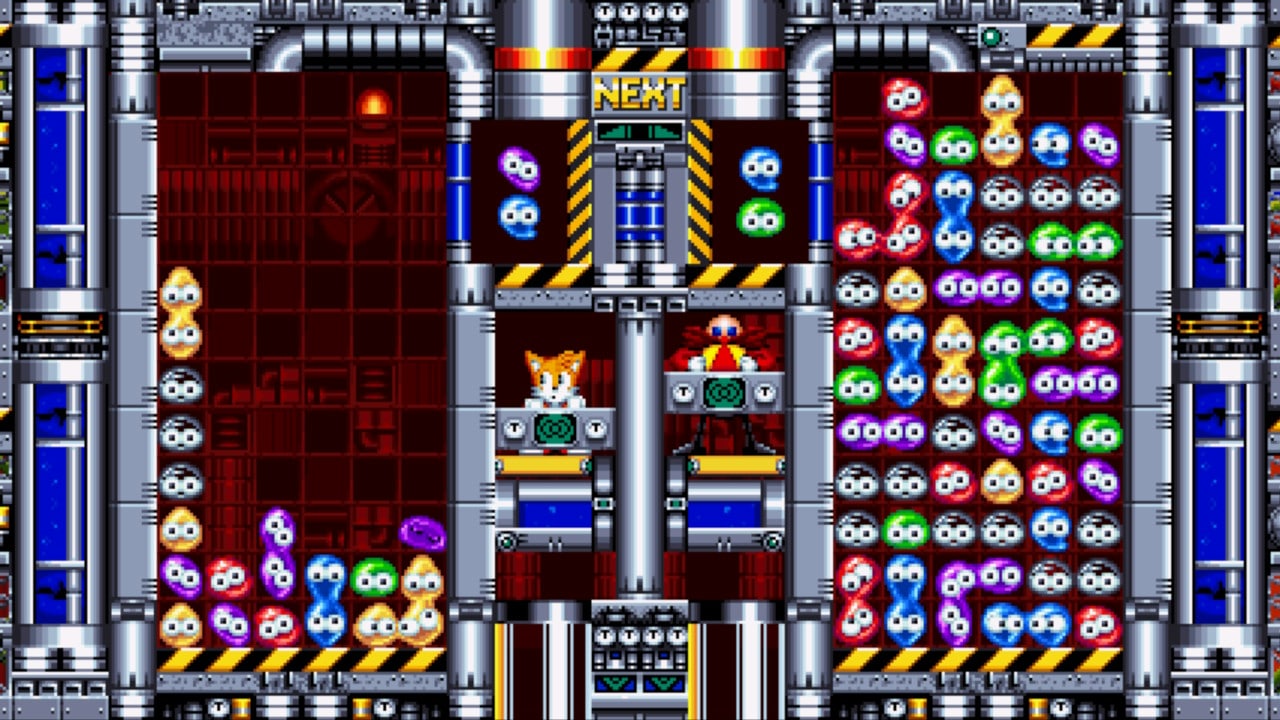 Not all of Mania is such a direct lift from the old games. Its single best moment comes at the end of the Chemical Plant Zone, which replaces a tradition boss fight with a section taken from Dr Robotnik’s Mean Bean Machine, a Puyo Puyo-esque puzzle game. Its best level is probably Studiopolis, one of four zones developed specifically for Mania, a city peppered like New Donk with signs and background gags that refer back to obscure bits of Sega history.

However, with the exception of the brief Mean Bean Machine cameo, the game plays exactly like the Sonics of old. What this means, unfortunately, is that while Mania looks exactly as beautiful as you remember the games of your youth – levels that bounce from lush jungles to industrialized fortresses, character designs treading a neat line between cutesy and cool, and of course those endless Sega-blue skies – it can also be a cruel reminder that they didn’t always feel as good as they looked. Or as you remember.

Those beautiful levels too often hit a sudden dead-end. Characters can get trapped between rogue pixels and killed. That old-school lives system, which hits you with a ‘game over’ if you die too many times, leads to a problem of feast or famine – sometimes you’ll have too many lives to ever feel threatened, others you’ll be defeated by something frustratingly small and be forced to replay an entire section. It’s telling that, at the same time, Odyssey became the first Mario game to abandon the concept of ‘game over’ entirely.

This is just small one example of the way that Odyssey’s design resolutely pushes forward. The capturing ability opens up Mario’s set of skills enormously, giving the player control over everything from dinosaurs to Easter Island-style stone heads. The levels, enormous and packed with tiny objectives, expand the structure of Mario 64 into something closer to the open-world design that Nintendo embraced in Breath of the Wild. It may be packed with callbacks and happy to stimulate your nostalgia glands, but Odyssey is a thoroughly modern video game. 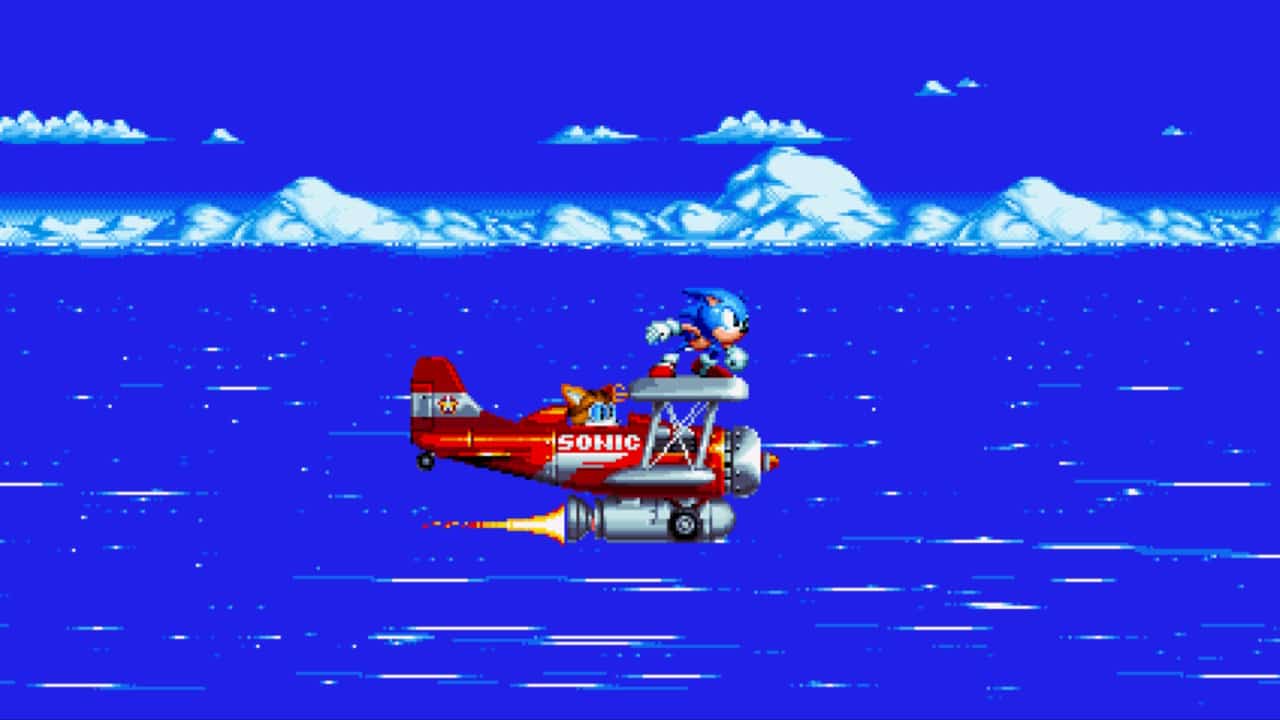 The difference between Sonic Mania and Mario Odyssey’s approaches is indicative of where the two series stand today, and how history has played out for both.

Sonic Mania skips straight from 1994 to 2017, ignoring two decades that have not been especially kind to the blue blur or his parent company. It ignores the 3D misadventures and Sega’s subsequent exiting of the console market. Sonic Mania feels like a game from a time when, frankly, you wouldn’t have been able to play Sonic Mania on a Nintendo machine, let alone PlayStation or Xbox.

It’s another story for Mario. While it can occasionally feel like Nintendo is doodling in the margins of the larger games industry – yes, Wii U, I’m looking at you – the release of a new Mario game is still a major event. The character’s history not only stretches back much further than his cerulean rival, to the 1981 game commemorated in New Donk City; many of its high points have actually come since that early ‘90s heyday of the SNES and Megadrive. Simply put, a Mario game in 2017 just has more to celebrate. 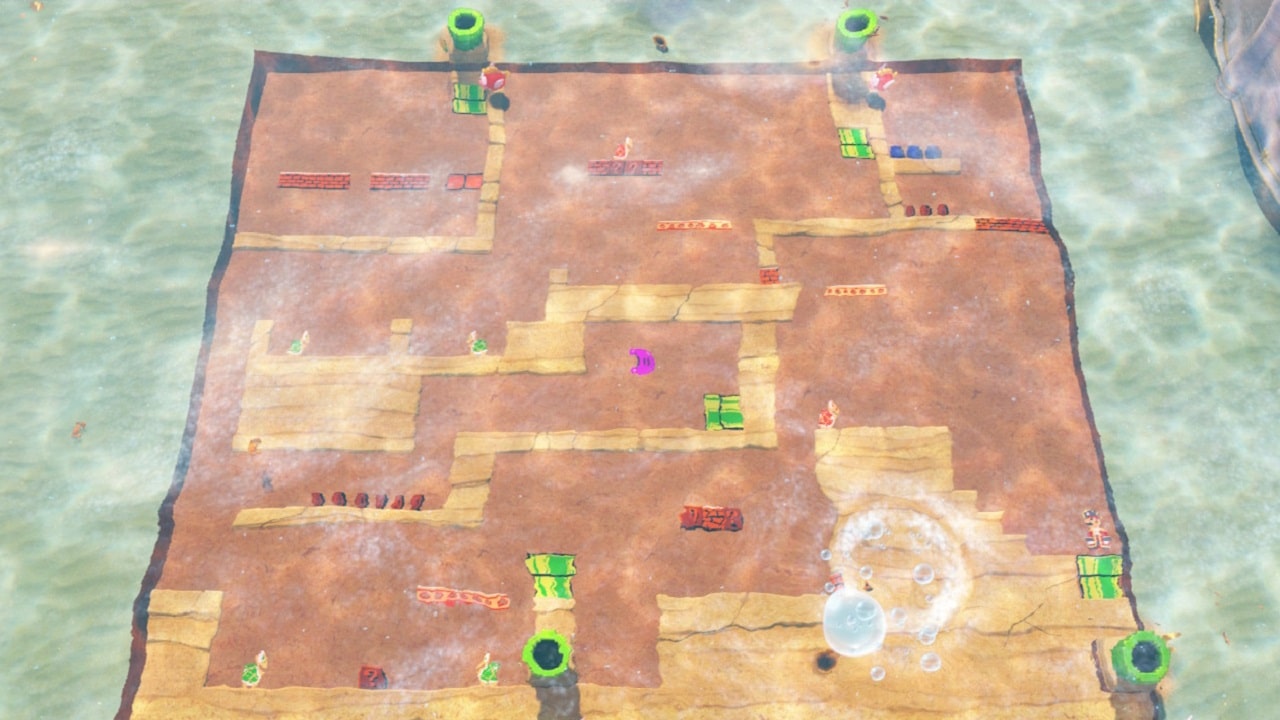 The best direct comparison, perhaps, is the parts of each game which replicate instalments from that era. In Sonic Mania’s case, this is basically the entire game – a greatest hits collection remastered and remixed to match up to your memories. In Super Mario Odyssey, this takes the form of those brief 2D sections, which are generally more basic than Mania but incorporate more modern ideas like flipping gravity, Mario Galaxy­-style, or even flipping the script so you can play as Bowser.

Vitally, these Odyssey segments are also nested within the game’s larger 3D world. They’re etched as murals on the walls of ancient temples or, in one memorable instance, on a sea bed, with fish swimming overhead. Sonic Mania’s recreation of the past is more like visiting a beautifully restored Roman mosaic in a museum, the best possible presentation of an important and impressive historical artefact. But in Super Mario Odyssey the past feels more tangible and interactive – less like visiting a museum than being on an archaeological dig and uncovering the artefacts yourself. It’s a style that breathes new life into the character’s history; like you’re playing for the first time, all over again.