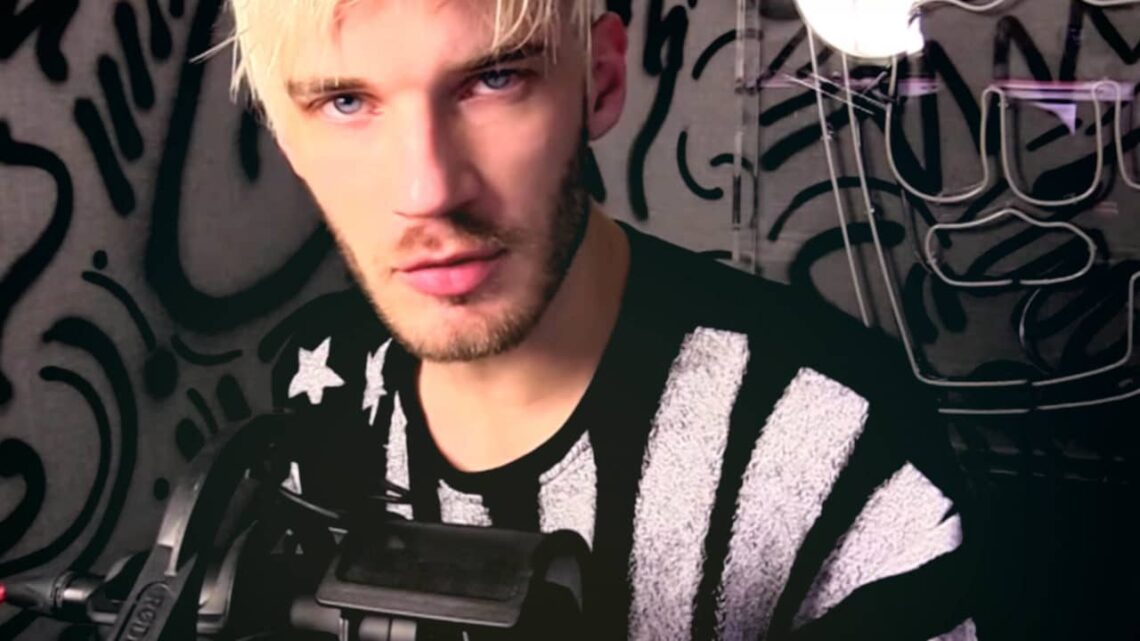 Tragedy struck Christchurch, New Zealand yesterday after a 28-year-old eco-fascist opened fire on worshipers at two separate mosques during midday local time, killing dozens of them. The shooter livestreamed his atrocity on Facebook and uploaded a manifesto to 8chan, both of which referenced a large number of memes.

One of these memes, mentioned well before the actual rampage and while still in his car, was the ubiquitous “subscribe to PewDiePie.” PewDiePie, as most of you know, is the world’s most popular youtuber and staple object of media and blue checkmark hate.

So, of course, the inevitable happened.

Andrew Todd, a New Zealand-based film critic and journalist, was the first to lash out against PewDiePie following the tragedy. In a series of tweets, Todd blamed PewDiePie for the shooter’s actions, stating that the internet is “1000 percent a vehicle for right-wing radicalization” and placed the blame squarely on the youtuber, who does not do political videos. 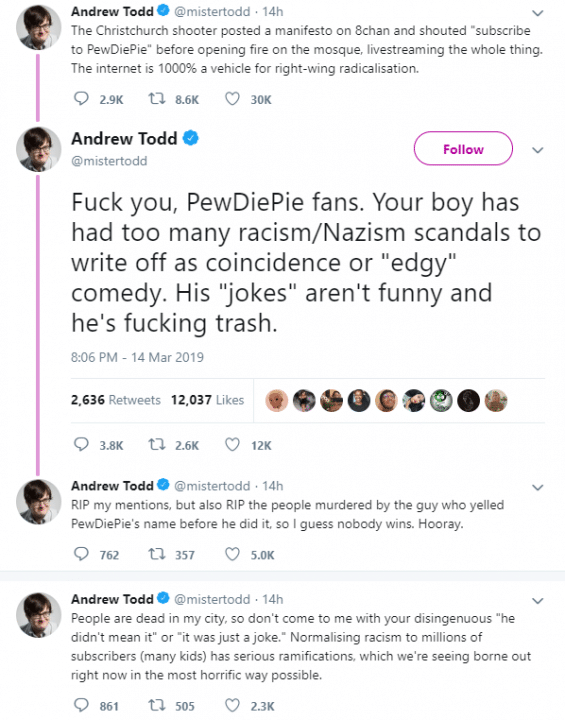 Todd received the attention he ordered, garnering over 30,000 likes on his tweet, which has since been repeated, regurgitated, and rephrased by countless other virtue signaling media hacks on social media, who are once again playing right into the hands of the shooter, whose intention it is to widen the cultural divide between the left and right and make impossible any sort of sensible discussion on immigration and culture without being pegged as an extremist.

Onision, one of YouTube’s biggest social parasites, was also quick to blame PewDiePie for the tragedy and told his legion of fans that saying “Subscribe to PewDiePie” marks “one of the most horrible mass shootings in history.” 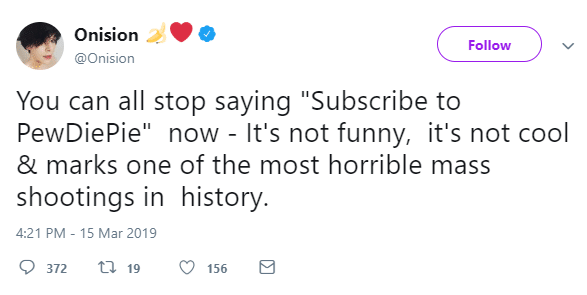 Not only did the #NewZealandTerroristAttack suspect mention the name of a suspected white supremacist youtuber Pewdiepie before he carried out his attack, he is in court flashing the white power hand signal. And Pewdiepie is known to flash the same hand sign. What a coincidence pic.twitter.com/qLJpLXjglf 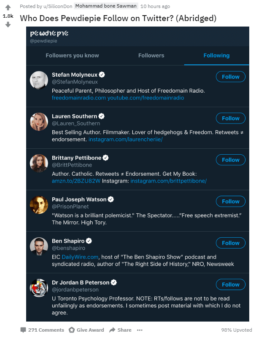 The Chapo Trap House subreddit is now filled with anti-PewDiePie commentary. One of many front-paged posts points out that PewDiePie follows a number of conservative pundits and figures on Twitter, including Ben Shapiro, Stefan Molyneux, Brittany Pettibone, Paul Joseph Watson, Jordan Peterson, and Lauren Southern.

Another post blames him for “pandering” to the alt-right and being surprised when he’s namedropped by a literal fascist — further perpetuating the prevalent lie that PewDiePie is a political extremist. The subreddit is filled with numerous posts with hundreds, if not thousands of upvotes blaming PewDiePie.

Big media of course also wanted in on the action, with Kotaku being among the first to do so, penning an article titled “New Zealand Gunman Says Subscribe to PewDiePie moments before livestreaming shooting.” The article, written by Alex Walker, did nothing to dissuade readers from jumping to the conclusion that PewDiePie was somehow responsible for the tragedy. 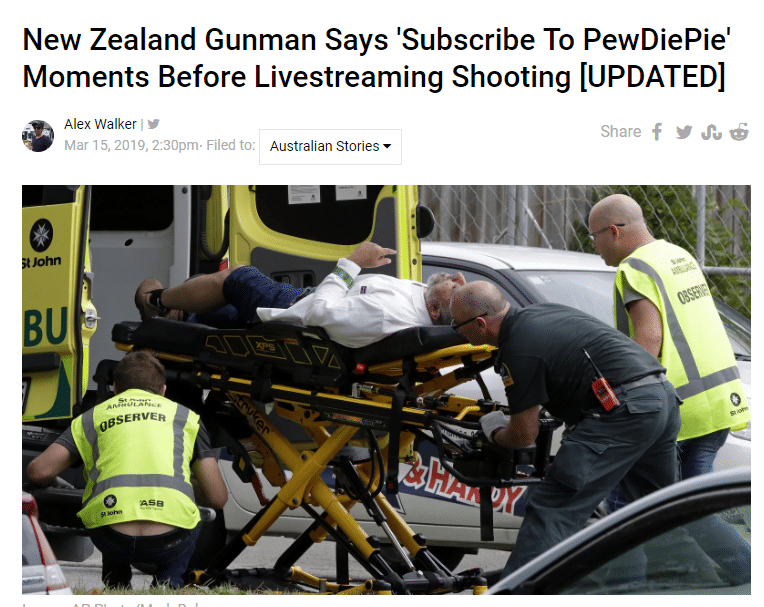 Paste Magazine, among others, also led the story with a headline implicating PewDiePie in the attacks, because heaven forbid that the YouTuber isn’t somehow responsible for everything bad that ever happens.

Discussion on the topic also extended to the cesspool of video game discussion — the ResetEra forums — where users are now being banned for expressing any sort of support for PewDiePie at all. The prevailing narrative on there is that PewDiePie is to blame for the shooting, and even his message of support for the victims is being decried as a lie. It’s kind of the worst.

For his part, PewDiePie released a statement on the matter.

Much to his credit, Felix did not center the tragedy around himself nor did he go on the offensive against anyone in the media for attempting to rope him into the situation despite being unfairly blamed for it.

It is not deplorable to defend PewDiePie or anyone else mentioned by the Christchurch shooter. You aren’t taking away from the suffering of the victims, whose concern remains the utmost priority — but you are limiting the fallout intended by the shooter. That’s not a bad thing.

What matters now is preventing a repeat of the tragedy by acting to inhibit the growth of social and political divisions, seeds of which were sowed by the shooter and nurtured by parasites with radical political agendas.

You are just a bitch because u are a supporter of the gently caressing t-series,so i have this message for u: gently caress everyone who is supporting t-series and should be mentioned in the 155M+ Viewers Song,THE LEGEND’S BITCH LASGNA