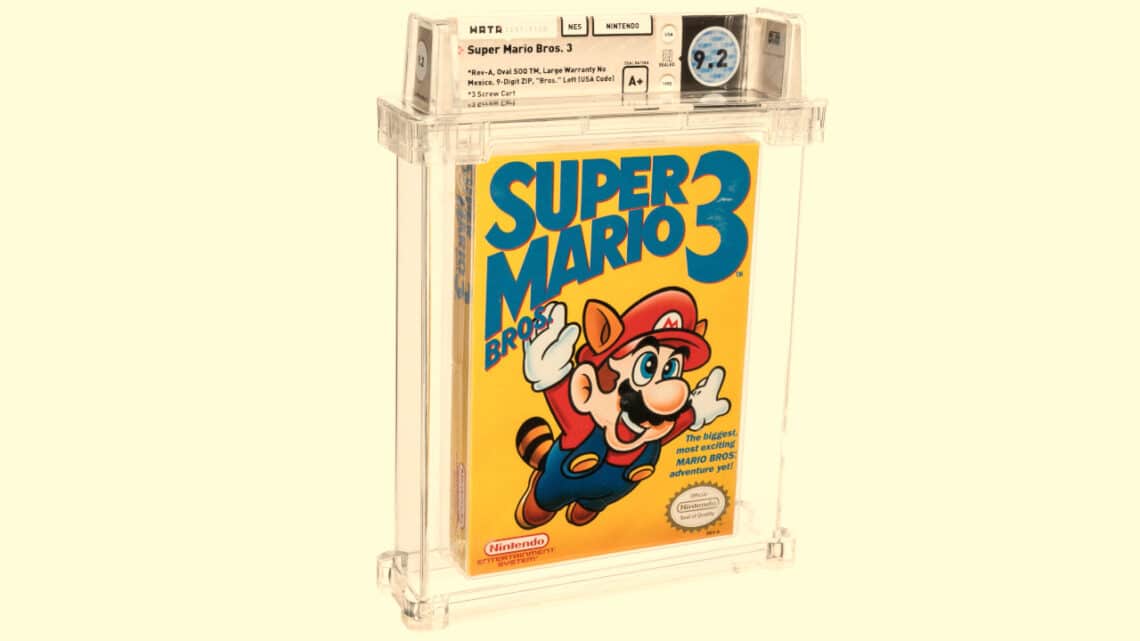 But this Friday someone purchased a Super Mario Bros. 3 cartridge for a whopping $156,000.

All the auctions were held at Heritage Auctions, which is associated with rare and expensive antiques and old collectibles (the kind grandpas collect) but is no doubt starting to appreciate digital vintage. A Heritage Auctions statement explains what makes this particular SMB 3 copy so valuable:

The lot opened bidding at $62,500 — already an impressive sum for the game graded Wata 9.2 A+. But 20 bidders got in the game, sending the final price soaring toward the world record during what would become the world’s first-ever million-dollar video-game auction.

“We couldn’t be more pleased about breaking the world record for the second time in the same year,” says Valarie McLeckie, Heritage Auctions’ Director of Video Games. “That said, it’s no surprise that another Mario game, which so many of us grew up with, would set the new bar.”

While the condition of the game is remarkable, what makes this copy even more singular is the layout of the packaging itself: Exceedingly rare are sealed copies with the word “Bros.” formatted to the left, covering one of Mario’s signature white gloves. Collectors have spent years looking for such a version — the earliest in the Super Mario Bros. 3 production history – and usually come up empty-handed.

As you might have surmised, the old SMB games that you have sitting around — not even sealed or in mint condition — aren’t likely to raise this kind of money. You might try your luck with old VHS tapes, also known to fetch a pretty penny.