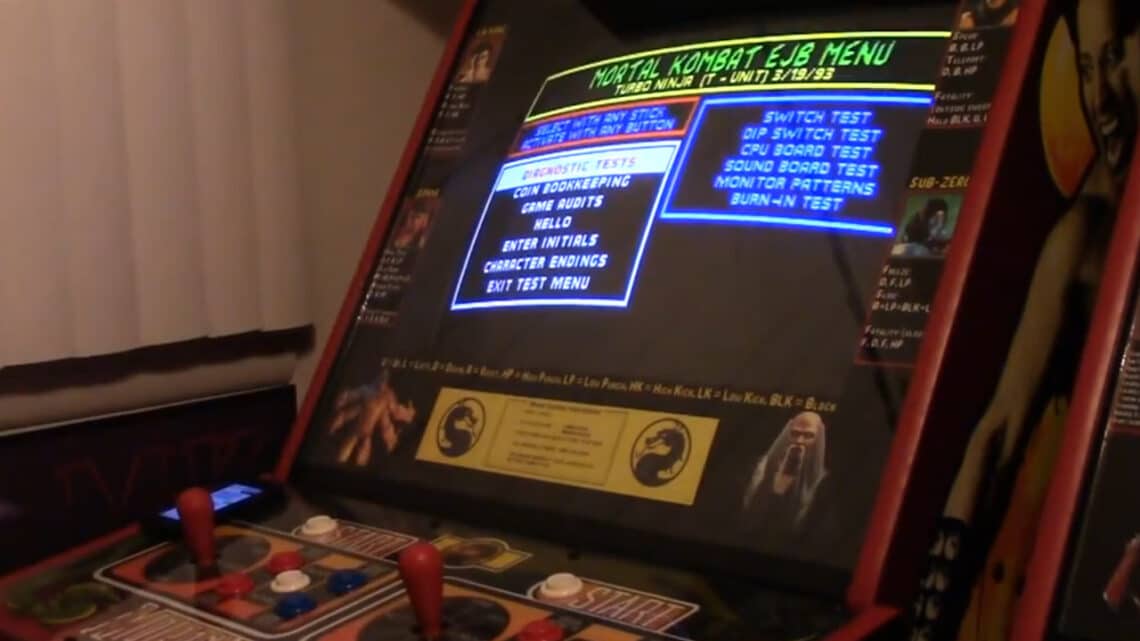 Mortal Kombat, the game from 1992, had hidden a secret menu from us all until late in 2015. Now that’s some pretty subtle secret-keeping skills for a series so utterly lacking in subtlety.

It’s a developer menu present on Mortal Kombat, as well as its sequels Mortal Kombat 2, 3 and Ultimate Mortal Kombat 3, accessed on the arcade versions by inputting a sequence of button presses.

The long-hidden dev menus allows such fun things as checking the arcade machine is running all nice and funky-like, a ‘hello’ shout-out screen and the ability to watch each and every character’s ending at the push of a button.

I likely would have crawled over broken glass for that last option back in the day, but then I was an MK fanboy.

Anyway, here’s a video for your perusal:

This popped up over on Test Your Might a few days ago before being brought to my attention by Eurogamer, and itself dates back to late last year. This is what happens with niche community news, see.

But it’s all pretty cool – and surprisingly exciting – to see a game from almost 25 years ago having secrets to bear. And the community digging through these things thinks there are still secrets to come.

[…] Related: Mortal Kombat has kept a secret for three decades […]

[…] cold for weeks at a time. Here are a few of the classic games that come programmed into the game: Mortal Kombat 1, 2, and 3, Smash TV, Street Fighter, Paperboy, Arch Rivals, Marble Maddness, Pong, Primal Rage, […]