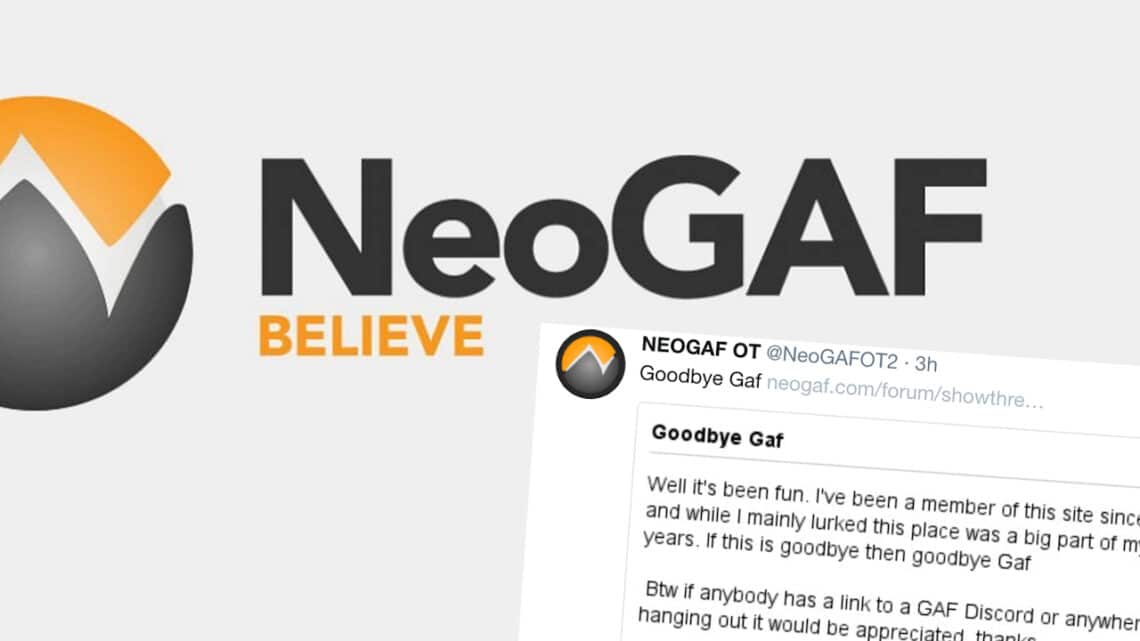 NeoGAF, a gaming forum that served for many years as a hub for progressives in the game industry, shut down today following allegations of sexual assault against its owner, Tyler Malka.

The website served as a de facto community for gamers on the progressive left. Due to the presence of industry insiders, media men, and individuals in positions of power in the game industry, the forum’s collective opinion carried weight all the way to the top of the food chain, sometimes capable of dictating the direction of a game—whether in terms of marketing, or even development.

The forum has also conducted witch hunts and crusades to fire or silence game developers who expressed conservative, libertarian, or otherwise “unprogressive” opinions critical to feminism.

Tyler Malka, better known as EviLore, developed and enforced the forum’s progressive, feminist guidelines and was largely responsible for helping cement the narrative against the GamerGate movement for ethics in game journalism.

The movement came about as a response to cronyism and nepotism in the gaming press. Self-described “social justice warrior” game journalists pushed for the promotion of leftist politics into the escapist entertainment medium through agenda-driven coverage of games, and political intimidation through outrage—efforts that handsomely rewarded feminist ideologues with both social and real-world currency.

Malka has been exposed as a hypocrite, following an accusation that he sexually assaulted a young woman while on a road trip with her. His accuser shared her account of the alleged incident on a private Facebook post about “a man, who claimed to be my friend” (meaning Malka, whom she later identified).

“In [New Orleans] we drank and had fun and one night we had been drinking in our hotel room and I got sick. I was throwing up and decided to hop in the shower to feel better. I was surprised when he got in the shower, fully naked, behind me.

“I had a boyfriend at the time and didn’t think I had given him any reason to believe I wanted this. I don’t cheat. So I told him that it wasn’t OK, that I was sick, that I had a boyfriend, that I didn’t want that.”

“He got out and slowly started resenting me, being mean to me, ignoring me… in a city he drove me to,” she said, adding that the encounter brought on immense anxiety because she was afraid of what to tell her boyfriend, whom she eventually broke up with because of the incident.

The alleged victim says that she “couldn’t come out of this situation because the perpetrator is a semi-famous man who would have retaliated and I couldn’t afford to defend myself.”

Following some coaxing from her friends who urged her to reveal the man who allegedly abused her, she wrote, “Fuck it. Google Evilore.”

The alleged victim’s statements were backed up by her brother, who was also an active poster on the NeoGAF forum. Although the post about him was soon deleted, concerned moderators and other posters raised hell to Malka and demanded answers from him.

In solidarity with the alleged victim, and in Malka’s continued silence, most of the forum’s staff surrendered their positions, leaving the website in a state of anarchy, where posters who haven’t yet been banned under the site’s strict, pro-social justice policies to finally speak out against Malka and the rest of the regime.

The allegations against Malka bear additional weight due to preexisting sexual assault claims against him, which he himself admitted—and even attempted to justify. Posting to NeoGAF in 2012, Malka bragged about groping a woman in a Spanish bar in Europe without her consent after she tried to ask him for a drink.

Believing himself to be a “mark” of a scam, Malka claims: “I laughed, because drinks here were all of two Euros, but consented [to her asking for a drink] and then grabbed her ass hard to show that I wasn’t being taken advantage of, and she thought better of treating me as a mark and left without taking her drink.”

Spanish users pointed out that there was no “cultural difference” between Spain and the United States that would make it acceptable for any man to grope a woman without consent, but Malka refused to back down, stating that “People party really hard in Spain, and this was the biggest party there is,” adding that “people get pretty aggressively physically really fast in Spain.”

He later lamented that being called out for groping a woman made it difficult for him to share his stories in the future. “It saddens me that some one line footnote of a 20,000 word story gets taken out of context and is used to vilify and makes me regret sharing my experiences with my forum, because it does.”

As with every feminist enterprise, it was only a matter of time before NeoGAF found cause to devour itself.