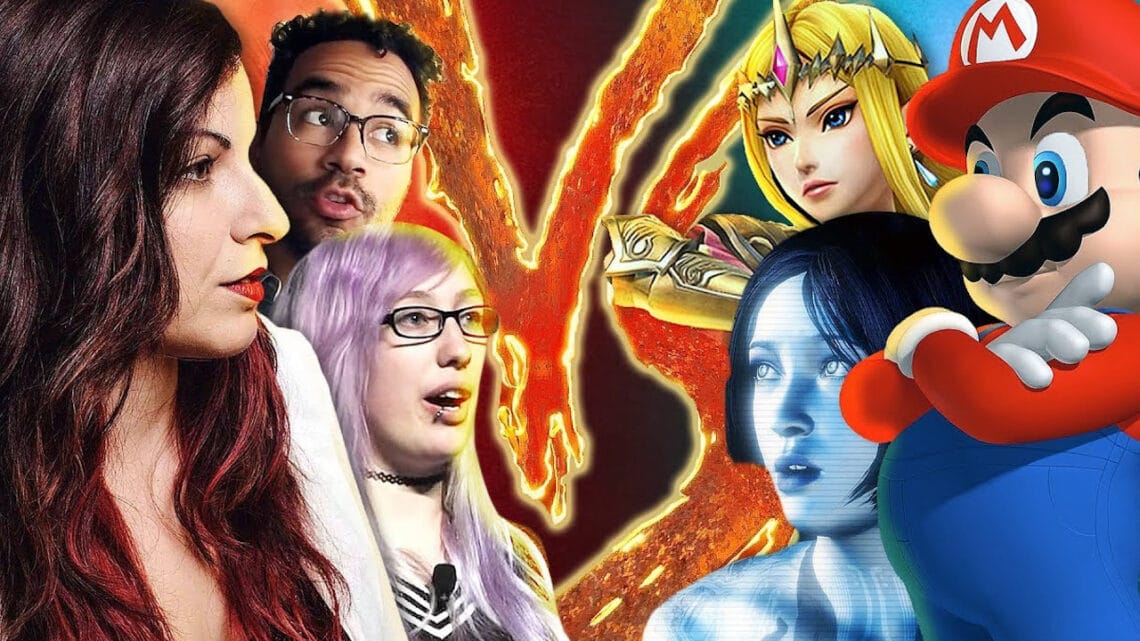 Progressive game journalists have blamed core gamers for everything from the election of Donald Trump to the harassment of women in game development. It’s no stretch that video games are now being held responsible for the rise of fascism.

In a piece for GamesIndustry.biz, Rob Fahey attributes the resurgence of fascism to video games. Fahey claims video game communities are “radicalizing young men” with conservative views despite evidence to the contrary. Arguing that game developers must inject progressive politics into their creations to counter the rise of fascism, Fahey oversteps his bounds as a critic by behaving like a dictator.

Right off the bat, Fahey gets everything wrong about the GamerGate movement, betraying little knowledge of the subject. Describing it as “gruesome hatred,” Fahey regurgitates the talking points planted by the same game journalists whose anti-consumer stance was responsible for its creation.

Fahey argues that games and politics have been forever intertwined, but it’s an assertion that couldn’t be further from the truth. Video games have always been about escapism and serve primarily to entertain—in general, games are not a vehicle for politics. They can be, but even when they are, the same critics who cry out for more political messaging bemoan the inclusion of moral choice and oppose politics that don’t align with their brand of “woke” progressivism.

He goes on to state that video game communities like Gamergate are responsible by and large for online harassment and projected bigotry due to the influence of alt-right figures like Milo Yiannopoulos and Steve Bannon and their apparent susceptibility toward their messages. The writer claims that gullible consumers were willing “to believe even the most facile and easily disproven lies, as long as they supported their personal biases and narratives,” all the while attributing core gamers to the upsurge in “’edgelord’ trolling groups.”

Gamers have a right to be suspicious of game journalists, who ever so often inject their personal politics into their coverage, and even go as far as to demonize and alienate readers for disagreeing with them.

With regards to trolls, no single group—whether on the left or right—holds as monopoly over their activities. As exhibited by the social justice warriors who attempted to dox MomBot, an outspoken Gamergate supporter, trolls will be trolls regardless of political affiliation.

When the mainstream media constantly feeds one-sided narratives to its consumers, is there any surprise that people in general—not just gamers—are more skeptical of the news they consume? If core gamers are the “canary in the coalmine,” as Fahey points out, it’s only because they were among the first to be lied about by the gaming press and made into an urban legend that hyperbolic voices have declared to be “literally worse than ISIS.”

Fahey does no better when he compares core gamers, like members of Gamergate, to radicalized Islamic jihadists, the IRA, and the fascists who ruled Japan and Germany in the 1930s.

The writer goes on to partake in revisionist history, describing arguments made against core gamers as “calm, factual rebuttal,” ignoring the initial articles that set off the now infamous hashtag—and even his paragraphs comparing video game enthusiasts to movements responsible for the worst atrocities in recent history. Game journalist Leigh Alexander described core gamers as “obtuse shitslingers, these wailing hyper-consumers, these childish internet-arguers.” Calm and factual, indeed.

Referring to core gamers as “primarily white, male, straight, and harboring discomfort with social progress,” Fahey erases the many non-white, non-male, non-straight game enthusiasts who hold the very same views as their fellow hobbyists. Ultimately, the gamers he refers to are a myth, not a monolith.

Building upon his strawman, Fahey demands that game developers combat the rise of fascism through the inclusion of progressive politics, and calls for the removal of “nondescript brown people” as enemies in first-person shooters and women as sex objects. In fairness to most of the games released these past few years, the industry has come a long way since it last “powerfully reinforced negative stereotypes of non-whites,” as he claims—and contrary to his narrative, complex female characters have always been a part of the landscape.

In anticipation of a rebuttal, the writer says that the industry and the enthusiast press was right to oppose the censorious and illogical arguments made in the last decade, when Jack Thompson stated that games like Grand Theft Auto directly inspired young men to kill. Having come to that realization, he could have stopped there, but he states (without evidence) that video games can “normalize” people’s views—as if gamers live within a vacuum bereft of external influence.

Fahey concludes his piece by arguing that “games can do better.” Indeed, they can, but the only way for an artistic medium to thrive is to allow game developers to create what they want without interference from moralizing, self-important critics who shame creators for failing to toe the line.

Video games don’t need to push politics of any stripe. They only need to be entertaining.