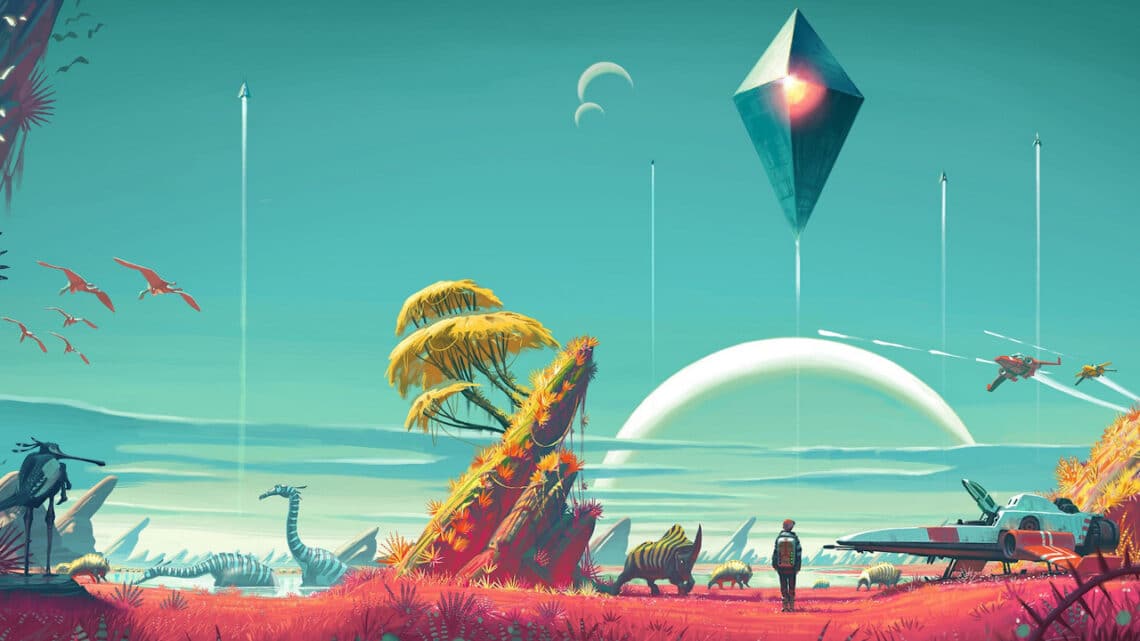 I really wanted to love No Man’s Sky. I was among those who hype overloaded at the 2014 E3 trailer, vowing to get a PS4 for the privilege of exploring a vast, fertile, and strange universe. Living out some kind Captain Kirk aspirational fantasy, with hints of Minecraft and Grand Theft Auto.

I’ve been playing since Tuesday and it’s been a total chore. I feel my hand autonomously pawing at the eject button, fumbling for the Overwatch disc. But I soldier on.

Despite No Man’s Sky boasting over 18 quintillion planets, there’s basically only five repetitive things to do on each one. You scan plants and lifeforms to add to a database, find monoliths to learn alien languages, trespass on alien’s homes and bother them into giving you free stuff — and shoot rocks. Lots and lots of rock shooting.

My greatest motivation to plunge onwards into the galaxy is a search for more inventory space. Maybe it’s my American-bred consumerism, or maybe it’s because the game doesn’t give you much to strive for. I want to buy a bigger ship, not because it will give me a better user experience, but because it has more boxes available to dump my garbage.

It’s impossible not to compare the game to Minecraft, yet No Man’s Sky is a huge step down. While both games are crafting-based sandboxes with limited top-down direction, Minecraft gave you the ability to make your mark on the world, make great changes with limitless possibilities. The biggest mark you leave on the worlds of No Man’s Sky is whatever dumb name you can slap on an undiscovered planet.

The subtle promises of the initial trailer are part of the letdown.

In the trailer your ship moves way faster than in the actual game. In the released game there is no sense of excitement in flying in your ship. The trailer makes it out that you can fly low on the surface of the planet, navigating through canyons and dodging rocky outcrops. Nope, none of that in the actual game. An invisible wall pushes you away from the surface and you can only land through an automatic function. This, coupled with the clumsiness of space combat, somehow takes all the fun out of flying in a space ship.

In the end it’s an empty pastime. It’s common in such cases to feel a sense of regret when you finally get tired of your pastime and notice that you spent a lot of time engaged in an empty experience just because it gave you a false sense of progress.

No Man’s Sky was the first game that made me regret playing it. After 50 hours I had the insight that nothing, absolutely nothing in the game, had real substance. I may have overreacted, but for the first time something made me feel dehumanized.

How an activist subverted the Mega Man franchise – Ganker

[…] their expectations for new games. Given how disappointing some of the most overhyped titles, like the recent No Man’s Sky, have been, the cynicism is warranted. But no one expects a game they’re looking forward to […]