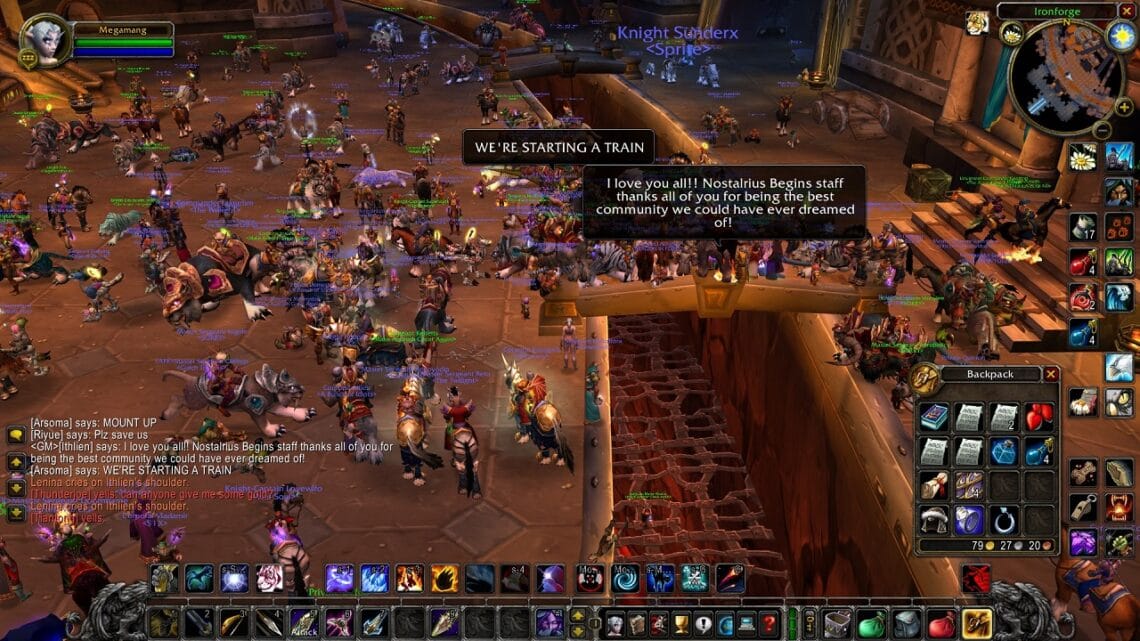 World Of Warcraft is a living place. With each expansion it sails onwards, leaving old players behind as new ideas, faces and philosophies keep the 11-year-old MMO current. However, some players would prefer to step back in time and wander the world they knew, like revisiting the street you grew up on. Until April 10, Nostalrius existed to do just that. It was the largest private server running WOW patch 1.12 – the final build of the base game, free from expansions and adulteration. Nostalgia was so strong that 800,000 people registered Nostalrius accounts, and 150,000 were active players.

This took place without the approval of Activision Blizzard. The Battle.net EULA, which governs every Blizzard game, forbids the creation of private servers, despite WOW’s past surviving in no other form. So it was that Blizzard lawyers swooped down on Nostalrius, issuing a cease-and-desist order that gave 15 days to comply. Comply its operators did, and Nostalrius is now dark – but not in the least bit silent.

The outcry at Blizzard’s legal blow is unprecedented. At the time of writing, a petition addressed to Blizzard president Mike Morhaime has attracted nearly 260,000 signatures. Op-eds abound, and the Nostalrius team is preparing a colossal postmortem, intended to function as a DIY guide to building a record-breaking private server. Among the team is Nano, Nostalrius’s test lead, operating under a pseudonym. 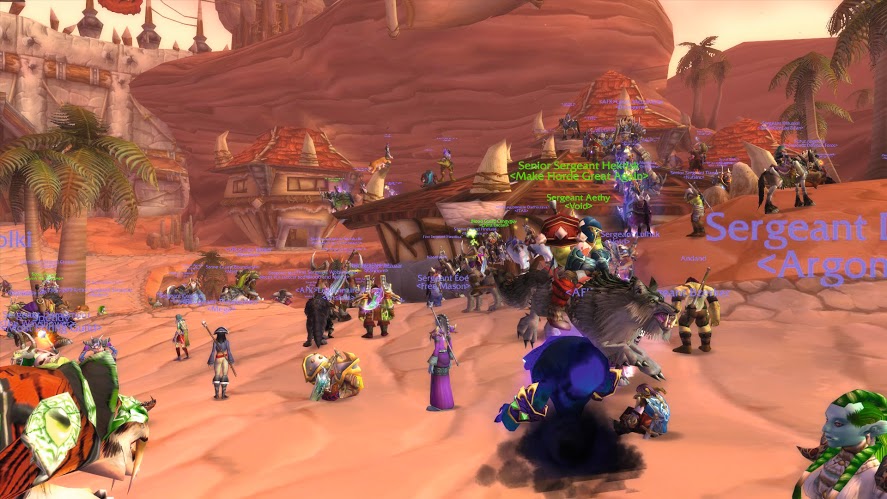 “We are huge fans of Blizzard, and WOW specifically,” Nano says. “We love the game and wanted to see it preserved and felt nobody since Blizzard had done it properly. Nostalrius wasn’t a business, it was a passion project.”

It’s the team’s boundless enthusiasm that makes legal intervention seem like a hammer blow to fans. The feeling is that this must be a grey area – that private servers are a natural part of the gaming ecosystem for as long as the service can’t be obtained legitimately. Jas Purewal, of specialist videogame law firm Purewal & Partners, makes the distinction between ideals and legality unhappily clear.

“It’s fairly well established that running a private server without the consent of the game publisher will face legal issues of both intellectual property infringement and breach of contract – EULA breaches, for example,” Purewal tells us. “Although in theory there could be legal defenses in favor of the private server operator, in practice they have not been well received by either game publishers or, more importantly, judges. In fact, it’s Blizzard which has led the way in helping to set these precedents.” 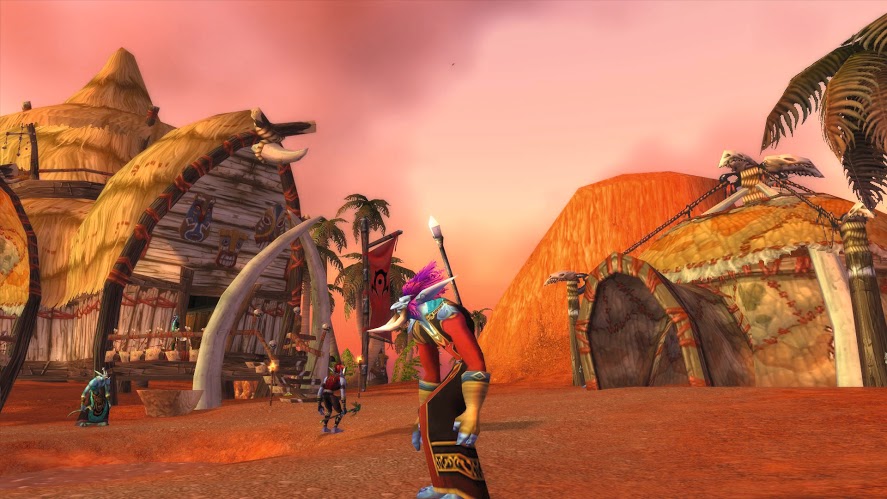 In 2010, Blizzard was awarded $88 million in damages from Scapegaming, a private WOW server that used a range of microtransactions to profit from players. There was no uproar upon that ruling. Nostalrius, by contrast, was strictly non-profit, and the hosting costs became unwieldy as the playerbase soared, at one point surpassing 11,000 players on a single server – a feat unmatched by any other. As the financial drain rose to thousands of dollars per year, developers added a low-key donation link to the forums, taking it down whenever enough cash came in to keep the lights on for another three months. Many view the situation as Blizzard going after a charity.

“That’s all fair enough when it comes to legitimate philosophical questions about whether society should allow these kinds of things to happen where is there no profit motivation,” Purewal says. “But, again, the law isn’t really set up in that way, so forum-lawyer ideas about principles like fair use and whether they operate here are, unfortunately, not accurate for the most part.”

You have to wonder what Blizzard hoped to gain. Given its previous success in court, Blizzard may have expected Nostalrius to be snuffed out cheaply and without fuss (in a sense, it was). It might have been driven by the desire to see its EULA enforced consistently, or to send a signal to the market, but it’s likely an unexciting, corporate combination of the lot. In the wake of the closure and the surge in vocal support for vanilla WOW, however, there’s hope that Blizzard might finally cave to popular demand and establish its own legacy servers.

“I don’t think releasing official vanilla servers would completely kill the private servers that still exist today,” Nano says. “There are always a minority of people who will seek the cheapest possible alternative. Nostalrius proved you can provide an outstanding experience without resorting to microtransactions or pay-to-win elements. The fact that Nostalrius was the largest fan-run WOW server ever tells me that players want to have a pure, authentic experience.”

Until Blizzard serves that desire, it will be playing whack-a-mole with its adoring community. Nostalrius’s server-side code, along with a wealth of advice, will be released to fans who will go to any effort for another walk down memory lane.

With Classic WoW coming out soon I just wanted to share some thoughts. I have never played WoW until trying it on LightsHope’s Northdale Server only a month in a half ago AND I CANT GET ENOUGH. The grind everyone has a love hate relationship with is what continues to draw me in. The feeling of accomplishment after the treacherous grind each and every exhilarating level is something i have not felt before. I used to play LoL and i will NEVER go back. (btw i put in well over $2500 into League of Legends) Why you may ask? The answer is very simple actually. Its all about the community. The LoL community has become so toxic that even Twitch looks like Mr. Clean. With that being said, this beautiful thing my friends called “Vanilla” WoW has utterly blown me away. Sure you may get killed over and over and over again by an enemy level ?? (60) Pet name Sunrock Boss in the beautiful town of Sun Rock Retreat, but when you final escape the grasp of that mean, smelly lion you feel like a million dollars. The community has been outstanding. Donations of 10+ gold i have received at level 10 all the way to level 40 to help me pay for essentials from fellow players has helped me more than they could ever know. The kindness of being invited to groups to quest and then build a lasting friendship with people half way across the world is something this game has given to me. And for that i will forever be thankful and can’t wait to see what Classic retail WoW is all about.