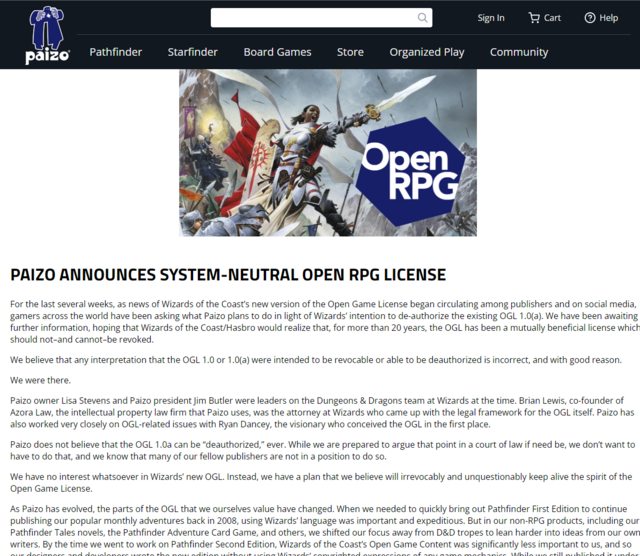 >Paizo is gonna fight Wizards in court and save the OGL 1.0!
Looks like they gave up and decided to build their own amusement park instead.